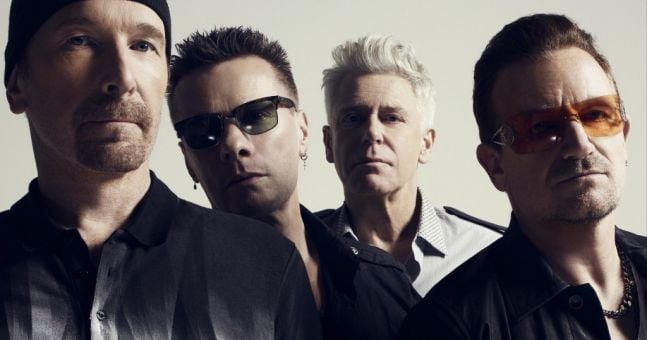 Windmill Lane Recording Studios will release an album of classics on vinyl, featuring The Cranberries, REM, U2 and more

Featuring songs from classic albums recorded at the iconic recording studios, the limited-edition vinyl project is set for release on Friday, October 29, 2021

The Windmill Lane Recording Studios album features artists long associated with the famous studios, such as The Cranberries, U2, Elvis Costello, Westlife and many more. Pre-order the project here.

1994 hit ‘Zombie’ (from No time to discuss) of the Cranberries also appears on the new vinyl album. “Zombie” is a protest song written in memory of the two young victims who were killed in the 1993 IRA bombings in Warrington, Johnathan Ball and Tim Parry. The song was originally called “In Your Head”, with pre-production done at Windmill Lane with Stephen Street at the controls. The video reached over a billion views on YouTube, making The Cranberries the first Irish band to do so. The music video for the song was directed by Samuel Bayer, who also directed Nirvana’s music video for “Smells Like Teen Spirit”.

Speaking of Windmill Lane Studios Vinyl CEO, Naomi Moore said: “When we took over Windmill Lane Recording Studios in 2009, we not only acquired a business, we inherited the most iconic facility in the making. music in Ireland. We were determined to nurture and celebrate his story, his outstanding creative output and his influence on the world stage. As we continue to work with top and developing artists, we aim to celebrate and commit to vinyl, the talent that enters our famous green doors for another 40 years. Simply put, this album will bring you back, pick you up, and reaffirm your love for the great tunes. We are so proud, delighted and privileged to share it with you.

Nick Younger of Universal Music Ireland said: “When Naomi and Aidan pitched this idea to us, we jumped at the chance to partner with them. Few studios in the world can compare to the incredible list of artists and producers who have recorded at Windmill Lane. With the very rich catalog and the new talented artists recording in the studios today, I have no doubt that this will be the first volume of a long series.

The emblematic place now welcomes the public for the reopening of its workshop visits. Discover 40 years of music history on a tour of Dublin’s legendary recording studios, where everyone from Lady Gaga to U2 created music. Visitors have an unprecedented opportunity to step through the studio’s famous green doors and get an exclusive behind-the-scenes look at these working recording studios.

All That Useless Beauty – Elvis Costello

When a woman – Gabrielle