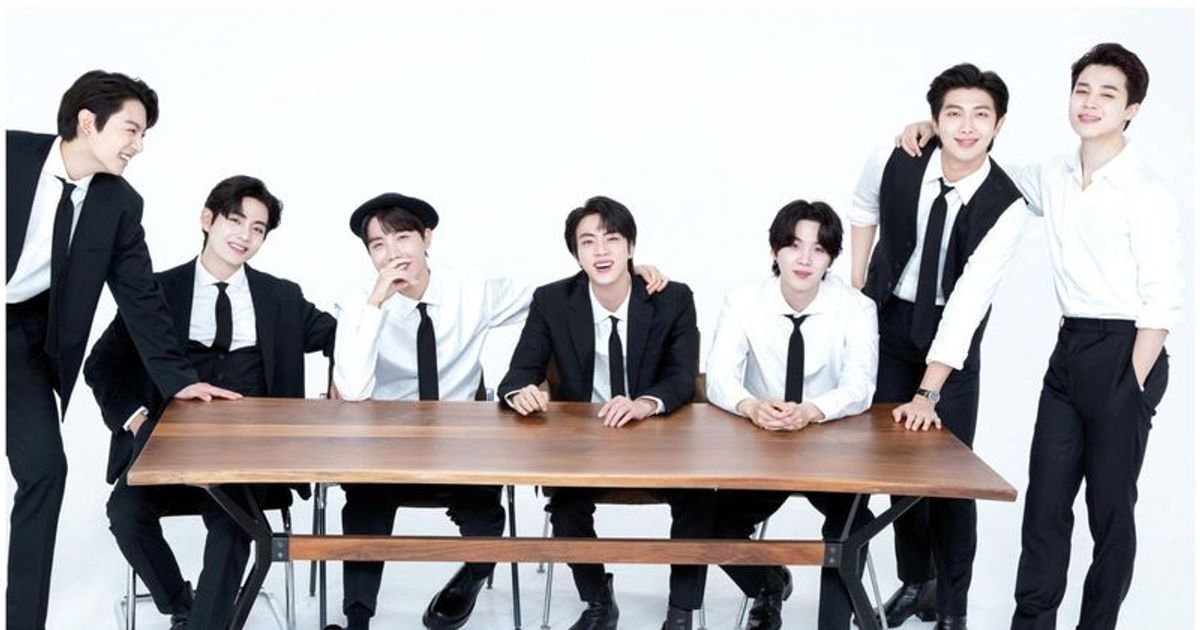 Being the biggest boy band in the world has its repercussions and in the case of BTS, it’s often true that their name is used to promote events they were once part of. On July 5, Korea’s awards show, The Fact Music Awards (TMA), announced that they would soon return with an in-person event for the first time in three years. The awards ceremony and music festival are ones that artists and K-pop fans create together and it has been revealed that fans will be able to take part in the event alongside the idols for the next 100 days.

While talking about the show’s overall success, the creators of the event revealed that this year’s ‘The 2022 Fact Music Awards’ will be held on October 8 at KSPO DOME (Olympic Gymnastics Stadium) in Seoul, South Korea. South Korea, and mentioned BTS’s name as one of their guests. Fans who quickly read the news couldn’t contain themselves any longer as it meant that the news of BTS’ group hiatus wasn’t really a hiatus anymore. Soon, Twitter users started claiming that BTS would be reuniting in October to watch the awards show and that fans had lost their cool, but it turns out no one was reading between the lines.

‘Trust BTS’: 7 moments that show it’s BTS and ARMY vs Rest of the World

In the original article, the show’s creators used the name BTS to promote the event, saying, “The Fact Music Awards” caught the attention of fans around the world by presenting a different stage, bringing together the best artists, including BTS.” They then added, “The 2022 Fact Music Awards are also raising expectations with many fan-attended events with only 100 days left.” This meant that the show’s creators were only stating that over For years, they had held the event with many K-pop big names in attendance, one of which was BTS.

Since there is no revelation about the identity of the artists who will participate in the “2022 The Fact Music Awards”, it is very unlikely that BTS will be present at the event. However, BTS fans have been focusing their attention on voting for the boy group at the awards show until more details about the awards show lineup are revealed. BTS recently released their debut anthology album, “Proof,” with new chart-topping and record-breaking singles like “Yet To Come,” “For Youth,” and “Run BTS.” Shortly after the album’s release, BTS announced their group’s hiatus in order to focus on their solo careers.

“The sentence is written in the past tense”

Fans are sure that BTS would attend the show despite confirmation from official sources as they push each other to vote for the boy group to win them a prize at the event. One fan said, “An article has confirmed that Bangtan will be participating in the 2022 Fact Music Award, so let’s make sure we widen the gap and secure the No. 1 spot, we can all do this beautiful ARMYs, let’s go!! ” Another fan said, “IT IS CONFIRMED that BTS WILL ATTEND THE FACT MUSIC AWARD 2022.” Another fan said, “BTS IS CONFIRMED TO PARTICIPATE IN FACT MUSIC AWARD 2022!” One fan said, “OMGGG THE FACT MUSIC AWARDS 2022 HAS CONFIRMED THAT @BTS_twt WILL ATTEND THE AWARDS!! OMGG I AM SO HAPPY & EXCITED!! ARMY LET’S VOTE HARDEVER!!!”

Another fan said, “Omg bts confirmed to attend factual music award 2022 please im gonna cry we will see them together!” One fan said, “I don’t want to get hoped they’ll attend tma, but let’s pray they do.” But one fan clarified, “I think that sentence was written in the past tense. “FMA has caught the attention of fans around the world by having groups such as BTS there.” Then they continue to talk about 2022 I don’t think they’re saying our guys will be there. They might be there. But that phrase is definitely in past tense. One hopeful fan said, “The phrase might be in past tense, but we have been receiving beautiful photo books from the Fact Awards for a few years. If they attend any awards shows this year, TFMA might be one of the most likely. We won’t know until it’s confirmed but either way keep voting Army!!!!”

HIS CONFIRMED BTS WILL ATTEND THE FACT MUSIC AWARD 2022 😭

Let’s vote hard for them! 💯 pic.twitter.com/hhpvOnkfpD

BTS IS CONFIRMED TO PARTICIPATE IN THE FACT MUSIC AWARD 2022! 🔥💯

OMGGG THE FACT MUSIC AWARDS 2022 HAS CONFIRMED THAT @BTS_twt GO TO ATTEND THE AWARDS SHOW!!

OMGG I AM SO HAPPY AND EXCITED!! THE ARMY LET’S VOTE HARDER AND HARDER!!! pic.twitter.com/qGjBcccR8g

BTS IS CONFIRMED TO PARTICIPATE IN THE FACT MUSIC AWARD 2022! 🔥💯 pic.twitter.com/JaoXqjNQ8D

omg bts are confirmed to attend fact music award 2022 please im going to cry we will see them together!

BTS IS CONFIRMED TO PARTICIPATE IN THE 2022 FACT MUSIC AWARD!! 🔥💯

The phrase may be in the past tense, but we’ve been getting some great photo books from the Fact Awards for a few years. If they attend any awards shows this year, TFMA might be one of the most likely. We won’t know until it’s confirmed but either way keep voting Army!!!! 💜