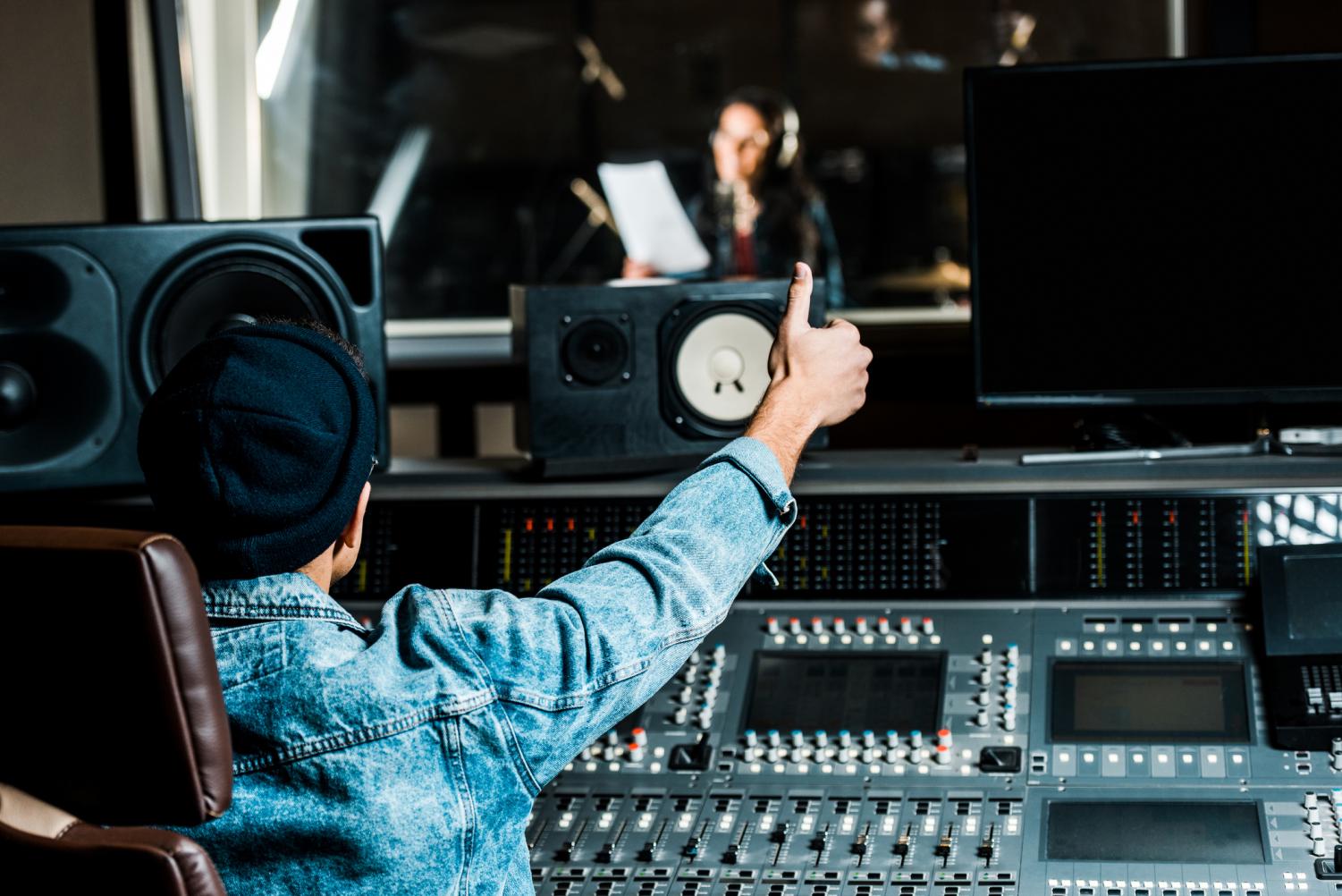 Why recording studios will always be needed in the music industry

As streaming services allow new and experienced musicians to post recorded music anywhere, recording studios are used less and less. Statista reports that there were 1,793 recording studios in the United States in 2008. In 2014, that number was 1,693. However, the number has started to rise again. In 2017, the most recent date, there were 1,840 studios in the United States. But since no one was visiting the studios during the pandemic, the number could still drop dramatically.

According to KQED, Hyde Street Studios asked many local artists to pay for their recordings out of pocket rather than through label advances. For the first time in five decades, they didn’t have a single musician due to COVID-19. Now, along with other studios, they are losing more money than before and struggling to stay in business.

Between the convenience of streaming services and having to make music at home during a global pandemic, studios seem less necessary.

Studios like Kiwi Studios, 39 W. 543 Seavey Road, Batavia, IL, provides space for musicians when paying for a session to practice and/or use instruments they may not have access to. Freelance sound engineers can also use the space when working with a band.

By entering a place strictly reserved for musical creation with professionals giving their opinion and guiding an artist in the right direction, it forces the musician to make quality decisions about their work, Owner of Kiwi Studios, Brad Showalter said, not just press record.

“Walking into a commercial space or studio that isn’t yours puts you on someone else’s time.” says Showalter.

As many download streaming devices and listen to music for free, the less a musician may be willing to spend to make quality music, Showalter said, because of how disposable and endless music is on the internet.

Long before streaming services, in the 90s, Showalter and his bandmates started making home recordings. The group wasn’t in the big leagues though, so it was hard for them to gain traction.

Making an EP was their next step to gaining recognition, so the band gave up recording at home and went to a studio.

Showalter and his band hated every second of recording in the studio, mostly because of the people they worked with. Through experience, however, they realized that making music was more than just recording the band playing a song.

There’s the whole production process that the band had no idea about. After working with a seasoned sound engineer who opened their eyes to sound quality in the studio, they realized they weren’t ready for a studio yet, says Showalter.

Now that a specific sound can be achieved with software that mimics a microphone to modify a voice, Showalter said, instead of owning or renting a $10,000 microphone, it’s easier to record at home.

“Anyone can make a good-sounding record”, Showalter noted.

Steeldrum player in the DeKalb and Sycamore area, Todd Donnelly said he records at home for solo projects, but attributes his knowledge of recording and the ability to record at home to his time in the studio. It was there that he learned to create the best sound possible.

Solo projects require less space and he has the equipment at home, Donnelly said, but when he gets his band together to record, they need space and access to equipment in a studio. . Moreover, he no longer has in his budget the possibility of recording in the studio at any time.

Although Donnelly uses the studio for specific reasons and may be content to record from home, he sees the necessity of studios in a musician’s career based on three elements: their expertise, their equipment and their budget.

When Showalter first used the studios to its advantage, it was a place where professional and seasoned engineers used state-of-the-art tools in music to capture an artist’s sound. It was expensive and not accessible to everyone, he said.

Sound engineers and studio owners have training and experience that allows them to give honest opinions about music, or decide what might make the best chorus or melody for a particular song lyric or mood. by adjusting or balancing sound sources. Surrounded by experts, artists are more likely to make a professional impression on the music industry.

“I will always give you my opinion on the music you create, but you don’t have to listen to my opinion. It’s your art, and you’re paying me to help you create it. says Showalter.

Local funk rock jam band DeKalb Fuzzlove strictly record in the studio, specifically Kiwi Studios, to achieve what they believe to be the highest quality for their music. When Fuzzlove recorded their first album, they brought some of their own gear and finished it in three days, vocalist and bassist Sean O’Reilly noted.

The group spent the whole weekend there. Andrew Dewar, a freelance sound engineer who works with Fuzzlove, was on the soundboard making sure the band achieved what they wanted.

“Andrew Dewar went to school for this,” O’Reilly said. “We love having a person like that.”

Fuzzlove tries to achieve a warm, vintage sound in their music. By using a studio, they have access to vintage mics that usually can’t be found easily, or without making a big purchase.

However, there are cases where an artist may not want to experiment, and has established their sound and has enough knowledge on how to record the sound they are looking for.

There are musicians, on the other hand, who have the skills to play instruments, and an idea for a song to express itself, but don’t know how to put the layers of sound together, or the means to get their sound, like more experienced musicians like Parker, so they turn to a studio and a sound engineer.

Once a song is recorded, either in the studio or at home, a song is usually sent to a master so professionals can make sure it is up to industry standards.

“I think most artists who land in a studio realize that they can’t progress any further in their own recordings or appreciate outside opinion before it’s released to the world,” Showalter noted.

As a fledgling artist, Donnelly said he had more money in the budget to pay for studio sessions, when it’s now difficult to fit them in. However, after investing in gear and gaining knowledge during his studio visits, his solo projects can be accomplished at home, he says.

Others, like Fuzzlove, invest in studio time because there’s no other choice if they want their music to pay off and pop.

High-priced microphones sound better than a phone or laptop speaker, regardless of how developed the software is. They can be used by paying studio time. “One important thing a studio has is room acoustics,” Showalter said. They transmit sound waves in different lengths, shapes and intensities of sound. Artists, especially those just starting out, usually can’t build acoustics in their living room or basement in order to hear the quality that listeners will hear.

A rock band compared to a pianist requires much more space to perform a song. And both artists’ equipment costs more to use than to own. At the start of a musician’s career, with little money and knowledge, a studio provides access to space and equipment they cannot afford, while guiding a developing artist on the right path. .

“I think studios will always have a place, but it’s a downward trend,” says Showalter.

In the near future, studios may need to get creative with how they attract new clients.

As a studio owner, Showalter has seen many studios shut down because artist budgets are shrinking, and therefore it becomes expensive to run a studio, Showalter said.

Despite decreasing use of studios as it becomes easier to download software and hit record and then upload a song to SoundCloud, a studio will still act as a safe place for musicians looking to express themselves but need of this opinion, instrument or additional council for the creation which they had always wanted but which they could not manage to include/understand.

Artists new or old, big or small, but not regularly, can still find themselves in a studio, even if they have a setup at home and instruments they are comfortable with. Signature sounds are great and impressionable, but artists tend to step out of their comfort zone, like rapper Childish Gambino, and try something new. Resources like studios and sound engineers can guarantee this freedom.

But even with signature sound and a respectable comfort zone, a studio can be a place to separate work from home, with the space and knowledge to create a masterpiece.