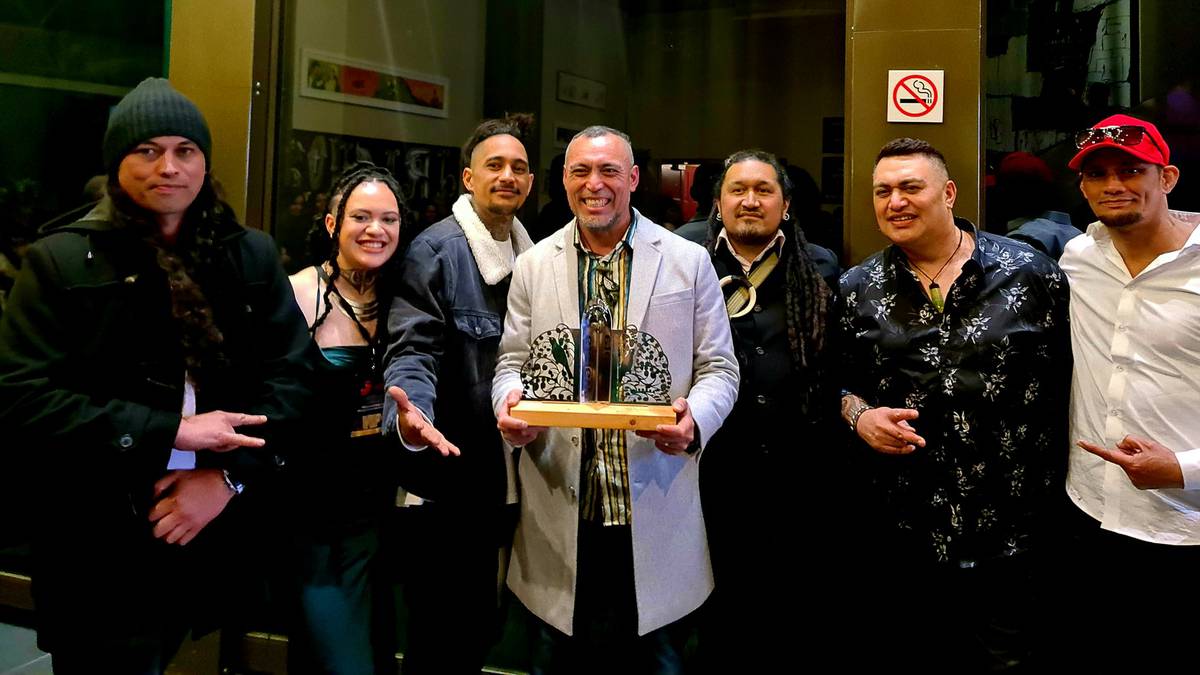 Whanganui band Come On Up have won a major national award, just a year after forming to record a tribute.

Brothers Marcel Martin, Benjy Paki, Joel Paki, James Paki and Gerrard Paki reunited in 2021 to record the song as a tribute to their late father Johnny Paki but didn’t stop there.

They adopted the song’s name as the band’s official title and recorded a self-titled five-song EP.

This release won Best Roots Reggae Album by a Māori Artist at the Waiata Māori Music Awards on 9 September.

Come On Up beat fellow Whanganui groups NLC and Tomorrow People for the award.

Martin, saxophonist and backing vocalist, said it was a bit of a surprise to get the green light on more established acts.

“They’re both great bands. NLC won it a few years ago and Tomorrow People have been pretty well known in New Zealand for the better part of a decade.

“I think the biggest thing about the win was that we were one of the only bands there that weren’t funded by (NZ on Air).

“We did everything ourselves.”

The seven-piece band had only played a handful of gigs so far, but everyone’s money was enough to record the EP, Martin said.

“The last two singles came out of Swamp Shack studios in New Plymouth, but we also used NLC’s studio here in Whanganui.

“Each song was completed in six weeks. We had to play a gig to get the money for that studio time.

“We just did it over and over again – five gigs equals five songs.”

Martin said he hoped funding from NZ on Air or other entities could be more forthcoming now that Come On Up had the award under its belt.

“Hopefully this gives us a better chance.

“Time in the studio is quite expensive and we also financed our own music videos.

“It’s been a lot of fun, but at the same time it costs money.”

The next step will be the completion of the next release – a full album.

“Hopefully it will be finished in the next few months,” Martin said.

“I think people might be surprised by some of the music that we put in there.

“We will stick to this main genre (reggae) but there will also be surprises.”

Guitarist James Paki said the band would play Whanganui at least twice before the end of the year.

“Daylight saving time is coming back, so we’ll be back on the road.”

Johnny Paki originally recorded the song “Come On Up” for a Whanganui compilation called Muster, helmed by Carl Perkins (Herbs and House of Shem) released in 1998.