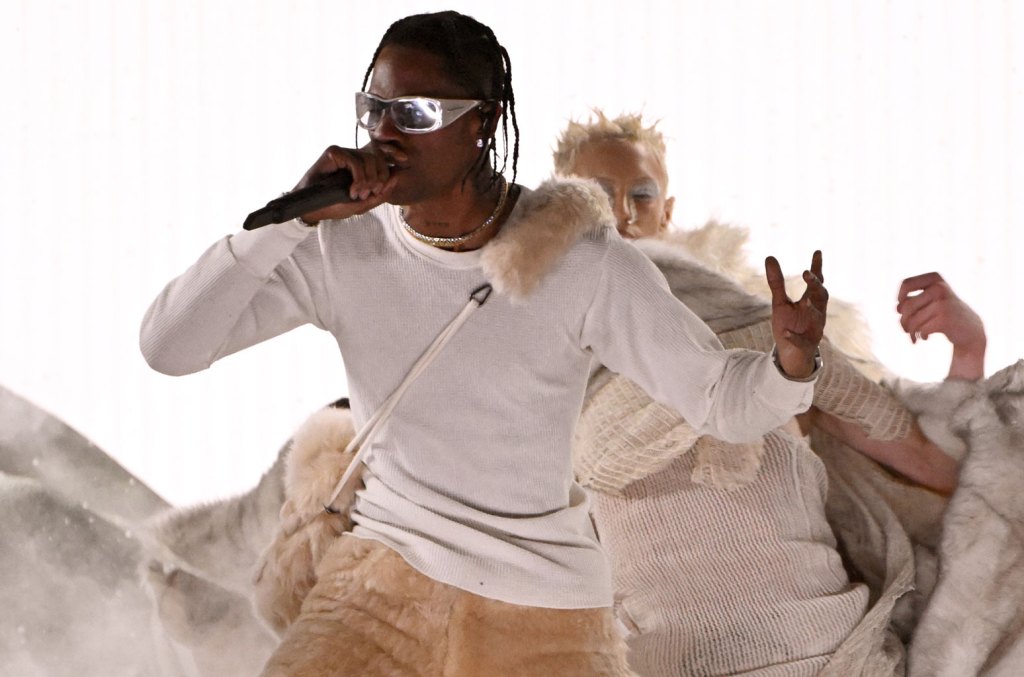 After walking the 2022 Billboard Music Awards red carpet with girlfriend Kylie Jenner and 4-year-old daughter Stormi, Travis Scott took the stage for a performance of “Mafia” and “Lost Forever.” Scott’s spot at the BBMAs marks his first major awards show since a crowd crush during his Nov. 5 set at the Astroworld Festival in Houston left 10 people dead and hundreds injured.

Performing in a room set up to look like a winter bunker in a frozen desert, Scott – with a fuzzy satchel over his shoulder and matching furry pants – hit his single “Mafia” as dry ice smoke swirled around of him and his backup dancers, who were also decked out in furs. As the screen faded to black and white, Scott followed up with “Lost Forever,” his hard-hitting collaboration with James Blake and Westside Gunn.

As Scott prepares to release his 2022 album Utopia, he faces ongoing litigation over the Astroworld tragedy. In January, multiple lawsuits were combined into one large lawsuit, with multiple attorneys representing thousands of alleged victims suing Scott and promoter Live Nation. During a December 2021 interview with Charlamagne Tha God, Scott spoke about the Astroworld deaths: “I’ve been through something, fans have been through something, people’s parents have been through something. It really hurts, it hurts a community, it hurts a city. It’s just been a lot of thinking, a lot of feeling, a lot of grieving, you know, I’m just trying to make myself understood.” Asked about responsibility, he replied, “As an artist, you just do the creating And let it be my festival, I have to bring artists, creatively produce it, and we just trust the professionals to make sure people are taken care of and leave safely.