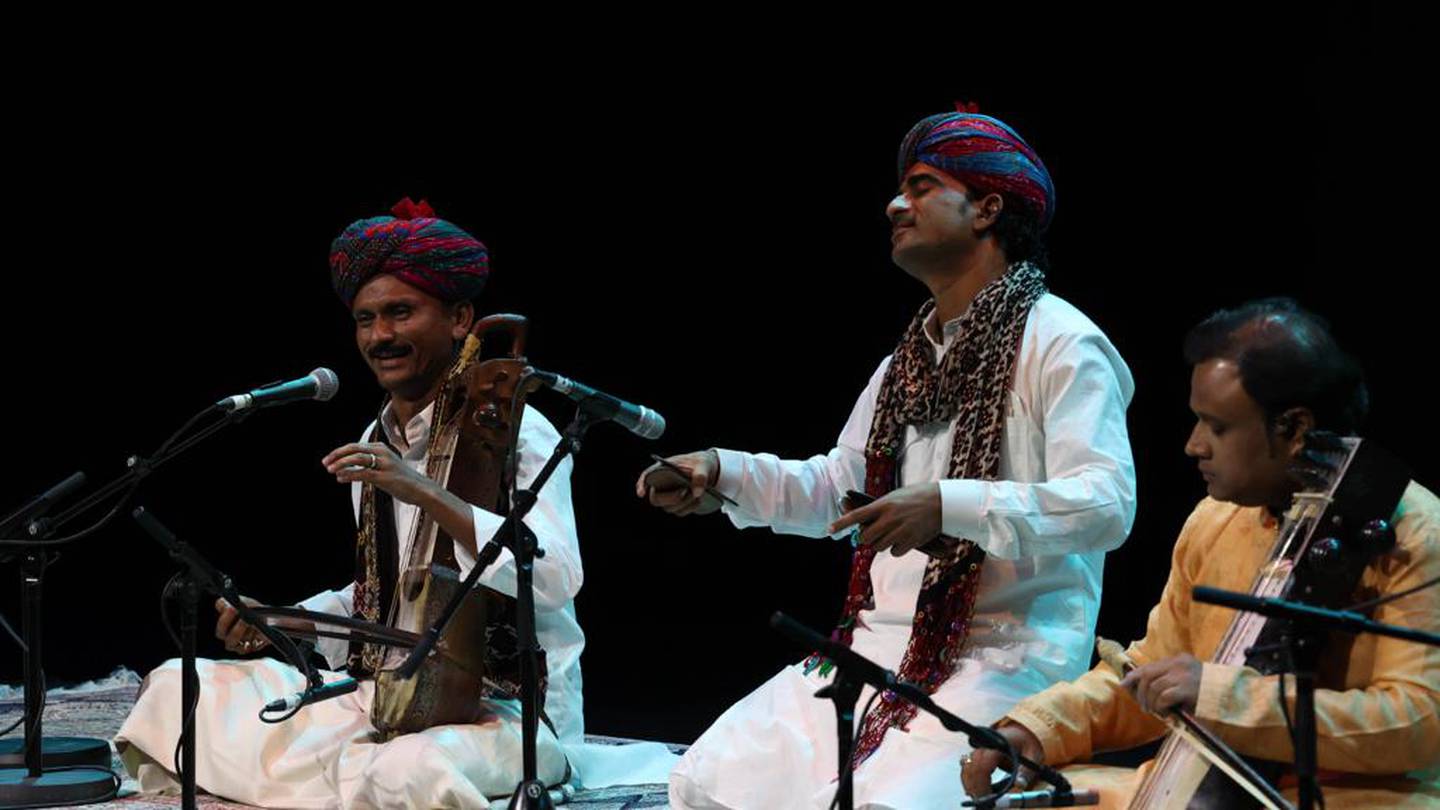 The Aga Khan Music Award began its three-day ceremony in Oman on Saturday, with evocative performances from world-class and regional talent from Southeast Asia and West Africa.

The opening night of the lavish event – broadcast on Oman TV – took place at Muscat Royal Opera House in the presence of Prince Amyn Muhammad, the younger brother of Aga-Khanthe spiritual leader of the Ismaili Shia Muslim community.

Held for the first time in 2019, the triennial celebration aims to honor and support artists in the preservation of musical heritage in regions such as the Middle East, Central Asia, South Asia and South Africa. North.

This year’s 10 winners were chosen by a jury of international arts professionals, including Sheikha Hala bint Mohammed Al Khalifa, Director General of the Bahrain Authority for Culture and Antiquities, and British dancer and choreographer Akram Khan. .

In his opening speech, Prince Amyn Muhammad called the return of the award poignant due to the economic and cultural disruption caused by the pandemic.

“The disappearance of live performance opportunities literally overnight meant more than the loss of livelihood; it also meant the loss of a vital source of inspiration,” he said.

“It is the inspiration that arises in performers when they perform directly in the presence of an audience and can feel the emotions, the thoughts that their music engenders.”

“A good pat on the back”

The 10 winners will be honored during the ceremony, which ends on Monday.

Born to revered Indian percussionist and composer Alla Rakha in Mumbai, Hussain has been recognized for a six-decade-long career in which he elevated the global status of India’s percussion instrument the tabla. He has also built cultural bridges through various world tours and musical collaborations ranging from Hollywood and Bollywood to working alongside Beatles member George Harrison.

Talk to The NationalHussain said he was delighted with the award.

“This award is a nice pat on the back that tells me that I’m on the right track and that I have to keep going,” he said. “I see it as the start of the next phase of my journey towards something that we are all trying to achieve, which is perfection.”

He quoted his last album, In the grooveas part of the international percussion collective Planet Drum, as an example of his continuous search for new creative grounds.

As part of one of four collaborative performances on the first night, Hussain teamed up with the Royal Oman Symphony Orchestra to play a section of his concerto tabla Pechkar.

Weaving through the strings and brass of the muscular score, Hussain showed off his mastery of the instrument with improvisations, moving elegantly from languid to shrill.

“Improvisation is key if you want to interact and converse with musicians from other genres,” he said. “It’s by focusing and focusing on the present moment that you can really open up and make those connections.”

This is a principle illustrated by other winners who took the stage on Saturday.

“A rich source of knowledge and civilization”

In his keynote speech at the awards ceremony, he traced the country’s cultural history from the discovery of Oman’s oldest instrument, the gim (a 7,000-year-old traditional trumpet available at the Museum national) until the creation of the Royal Ensemble for Folk. Arts and Music in 1976, followed by the Royal Oman Symphony Orchestra in 1985 and the inauguration of the Royal Opera House Muscat in 2011.

“Music is a universal language spoken and understood by all people with ease, which facilitates dialogue between civilizations,” he said.

“Through the language of music, we work to highlight the role of the Sultanate of Oman and what is specific to its rich source of knowledge and civilization.”

“This musical community and this family that we have created is the most important and rewarding result of the Aga Khan Music Programme,” she said.

“At the root of this community is the key idea of ​​pluralism as a fundamental condition for a peaceful and prosperous world.”

The full list of winners is available at www.the.akdn

The renovation of Niemeyer Guest House is one of six winners of the 2022 Aga Khan Award for Architecture. Photo: Cemal Emden / Aga Khan Trust for Culture