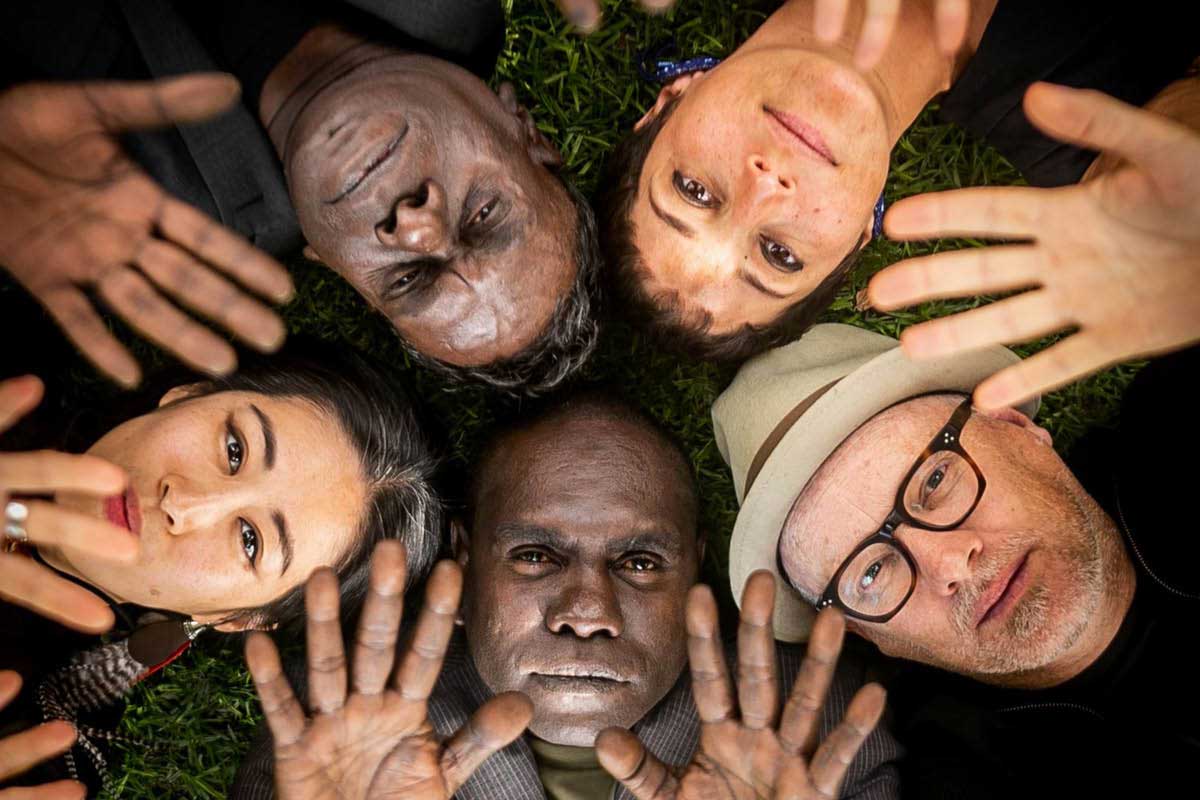 APRA AMCOS and the Australian Music Center have announced the finalists for the 2022 Art Music Awards, which will be held live in Melbourne on August 31 following last year’s online ceremony. The awards recognize excellence and achievement by Australian musicians and artists across a range of categories and awards. This year’s finalists explored the incredible social and cultural impact of the ongoing global pandemic, as well as the accelerating climate emergency.

While you might expect works inspired by the pandemic to be laced with fear and anxiety, the endless lockdowns have also provided an opportunity to explore stillness and rest, as shown by the finalists of the Work of the Year – Large Ensemble category. Anne Cawrse, winner of the Chamber 2021 category, is nominated for her meditative concerto for English horn and orchestra, The rest is silence. The work of Olivia Davies Stratus saw its 2020 premiere cut short by blockages. Inspired by the image of a stratus, it was finally performed last year by the West Australian Symphony Orchestra. the transcendent Śūnyatā by Fiona Hill, performed by the Tasmanian Symphony Orchestra, opens with musically scored yogic breathing. Symphony No. 1 by Paul Dean black summer breaks out of this mold and instead offers a searing commentary on climate change, performed by the Australian World Orchestra.

Nominated for Work of the Year – Choral are Paul Stanhope’s Requiem and Joseph Twist’s A Cycle of Australian Songs, both of which feature texts by First Nations artist and poet Oodgeroo Noonuccal. by Anne Cawrse A meeting, using the text of an unpublished poem by Paul Hetherington of the same name, earned him a second nomination, while Brenton Broadstock was nominated for Pandemic, mvt.6 from “Shadow and Hope – Cantata of the Six Continents in the Age of the Pandemic”, which is part of an international collaboration in 6 movements.

Deborah Cheetham’s Opera Parrwang raises the sky, produced by Victorian Opera and Short Black Opera, is nominated for Work of the Year – Drama, as Australia’s second Indigenous opera. At Huw Belling Blind Oracle, a cycle of backing songs by Janáček Diary of a missing person received a nomination, as did Jane Sheldon Poem for a dry river – “a cry of environmental despair” which combined opera, poetry, physical theater and art installation for its world premiere at Carriageworks. Ekrem Eli Phoenix’s large-scale work for Gravity & Other Myth’s The pulse complete the category. 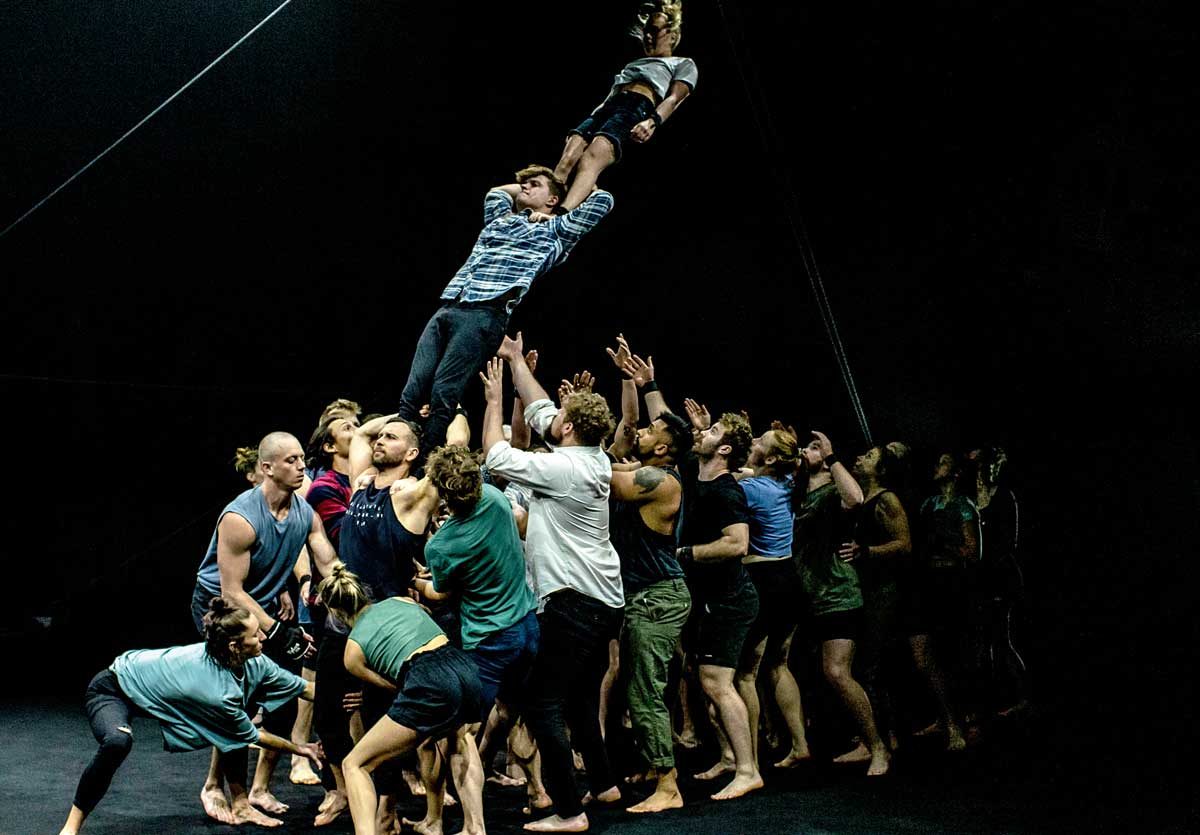 The pulse, gravity and other myths. Photo © Darcy Grant

Finalists for Work of the Year – Jazz include Gian Slater’s synth-pop album gray is the earth and the piece by Benjamin Shannon Meet around the traps, performed by the Milton Man Gogh trio. Led by Reuben Lewis, I Hold The Lion’s Paw is nominated for its album lost in spacewhile Hand to Earth was selected for its self-titled work, with music written by Aviva Endean, Sunny Kim, Peter Knight, Daniel Wilfred and David Wilfred.

As a finalist for Work of the Year – Chamber Music, Natalie Williams offers another perspective on the climate emergency with her work Black Summer String Quartet (a tribute to Australia’s bushfire history). Tristan Coelho looks inside with his nominee Hokusai Mixtape, inspired by the thoughtful and dreamlike works of Debussy and Takemitsu. The work of Bree van Reyk threaded among the infinite nets, recorded on Genevieve Lacey and Marshall McGuire’s acclaimed album Arbor, was also shortlisted, with work by Rishin Singh mewl infants.

Work of the Year – Electroacoustic/Sound Art sees Mindy Meng Wang receive a second nomination in as many years for undercurrent 暗涌, written by her and Carolyn Schofield, also known by her stage name, Fia Fiell. The other finalists are Erkki Veltheim and his work Effigie, for viola and electronics; Sia Ahmad for Deep disintegration; and Tim Bruniges, Julian Day and Matt McGuigan for VERY FAST AND VERY FAR.

Performance of the Year – Noted Composition finalists include Andrew Haveron and Simon Tedeschi for their rendition of Paul Stanhope’s Violin Sonata machine codes; Andrew Blanch and Ensemble Offspring for Felicity Wilcox’s tipping point, another exploration of the destruction caused by climate change; and two shortlisted orchestral performances, including Rachael Dease’s performance of her own work Hymns for the End Times with the West Australian Symphony Orchestra and Voyces, and a collaboration between the Melbourne Symphony Orchestra, the Australian Art Orchestra, Daniel Wilfred, David Wilfred and Benjamin Northey, for their interpretation of Wata by Paul Grabowsky, Daniel Wilfred and David Wilfred. 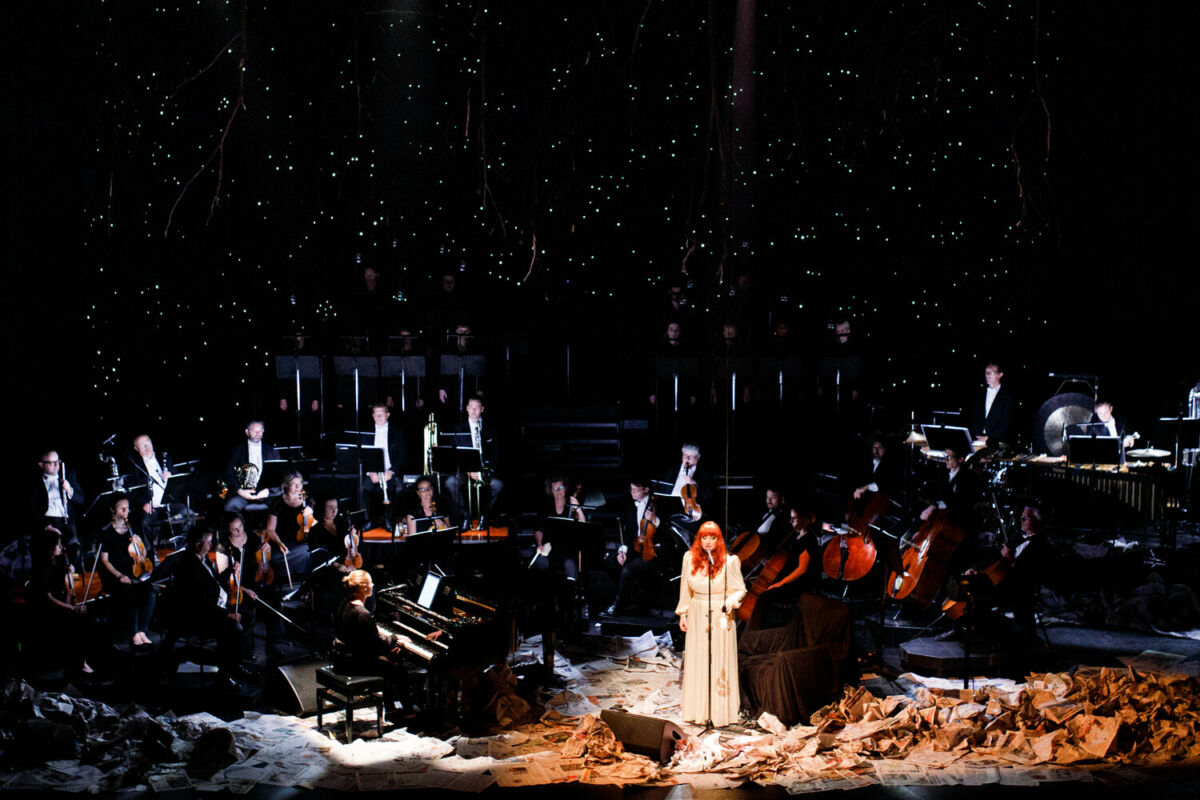 Shortlisted in the Performance of the Year – Jazz/Improvised Music category are Jeremy Rose & The Earshift Orchestra with Simon Barker and Chloe Kim for their interpretation of their work Disturbance! The voice of the drums; Pat Jaffe, Callum Mintzis and the Ensemble for their interpretation of their own thoughtful work A sanctuary of tranquility; Vanessa Perica Orchestra and Melbourne Symphony Orchestra

For Love is temporary madness, The Symphonic Suite; and ZÖJ, a collaboration between Gelareh Pour and Brian O’Dwyer, for their performance last year at the Melbourne Recital Centre.

The Art Music Awards also offer awards for excellence in a number of disciplines. This year, the Award for Excellence in a Regional Region returns to recognize achievements in supporting the dissemination of art music and engagement in regional communities. The nominees are guitarist Andrew Veivers; Camerata, Queensland Chamber Orchestra; Fred Cole and Perth-based arts organization Tura New Music and Marrugeku.

For the Excellence in Music Education Award, nominees include Honeybee Creative; the Musica Viva program in schools; Speak Percussion for their program Sounds Unheard, which earned them a nomination in the same category last year; and educator Tim Nikolsky.

Finalists for the Award for Excellence in Experimental Music are ADSR Zine, for their work showcasing Australian artists’ publications; Hand to Earth, an Australian Art Orchestra project inspired by First Nations song cycles; Melbourne Electronic Sound Studio; and Madeleine Flynn and Tim Humphrey for their project The witness stand.

The Luminary Awards will also be presented during the evening, for which there are no finalists, but which are awarded to individuals and organizations who have demonstrated a significant and ongoing contribution to Australian art music. The APRA Board will also present the Richard Gill Award for Distinguished Service to Australian Music.