Welcome to the latest addition to our Show us your space series, where we explore and celebrate the unique music-making environments of studio owners, indie builders, and musicians at all levels.

Today we’re heading outside of Boise, Idaho to take a virtual tour of Audio Lab recording studios, founded in 1992 and run by Steve Fulton and Pat Storey.

Keep reading to hear directly from them about their studio and gear.

For more information about Audio Lab, visit their website here. Have you assembled a large practice space, project studio or music workshop? Be sure to send us a message at [email protected]

Audio Lab was founded in 1992 by Steve Fulton and his partner at the time, Todd Dunnigan. At the time, the two were recording at Horizon Audio in separate bands. Steve and Todd learned that owner Rob Matson was moving to Nashville to pursue his career as a sound engineer and was selling the studio.

Steve and Todd, at the time, had other neighboring businesses (Todd had Aardvark Records and Steve, with his brother Jerry, had the Koffee Klatsch espresso restaurant) and conspired to buy the equipment, and hopefully a clientele of Rob.

With the transaction and career change complete, Todd and Steve built their first version of the audio lab. It was in a 600 square foot house in Boise. It was the first four years. Then, in 1996, they “moved out into the world” to a bigger space and built their second studio in Garden City, a suburb of Boise.

It was in a 1,200 square foot commercial space. At the time, it may have seemed a bit too early to grow up, but they hung on. Fast forward to 2010, Todd had moved on to other adventures and Pat Storey came on the scene. They, accompanied by a parcel with help from the community, built the current studio in a brand new 3,000 square foot space.

This was designed from a shell of an existing building, so they could design it pretty much however they liked with their given resources. Recently Andrews Masters came on board and integrated their studio into Audio Lab, providing the Neve console and a whole studio of gear to augment what Audio Lab already had to offer, doubling the list of gear for their customers to use. .

Currently 28 years old, several hundred albums and recording projects, publications and film scores, a live sound division and studio concerts in front of exuberant audiences, Audio Lab has carved out a deep-rooted history in Idaho as the oldest recording studio in the Boise area. 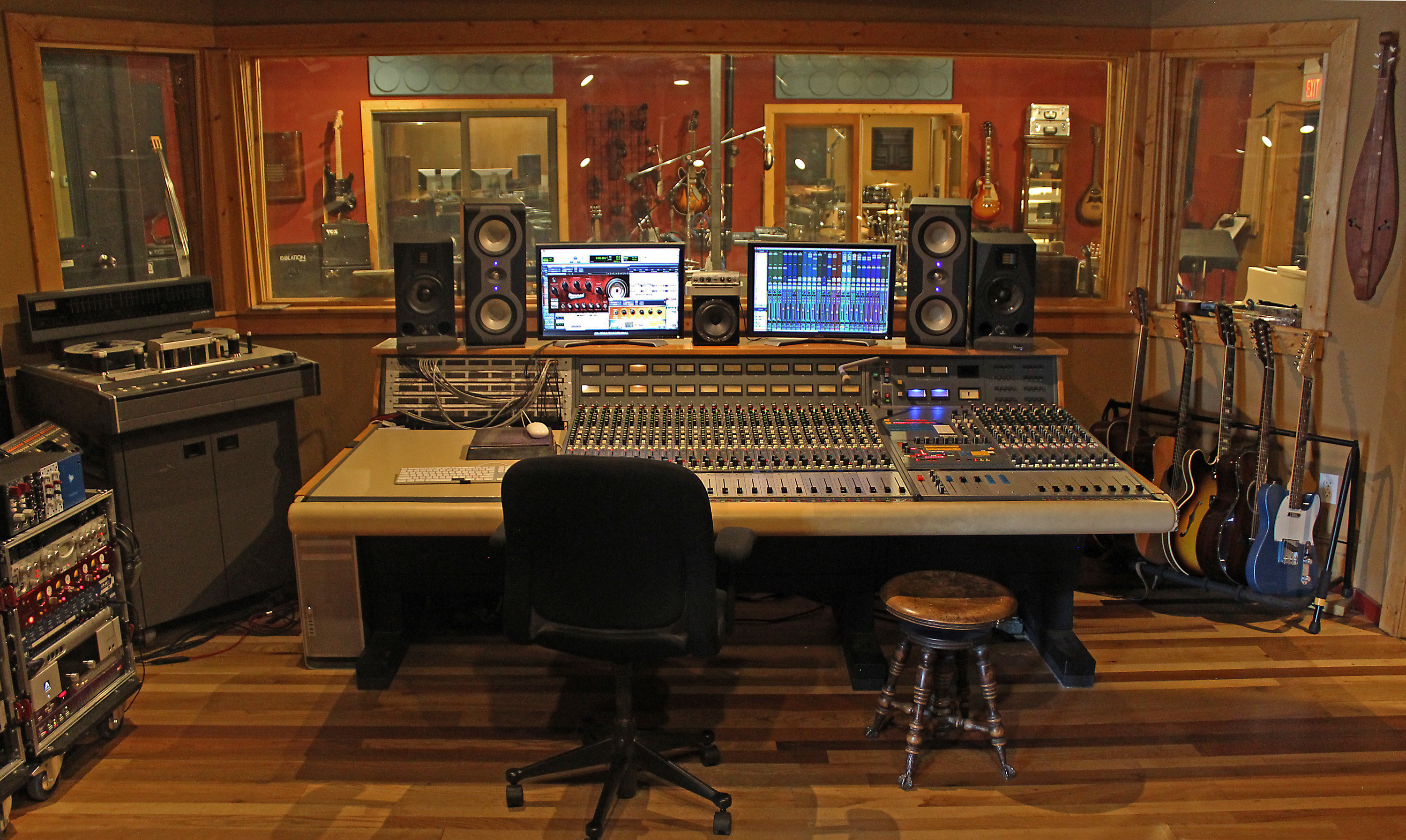 A photo of what we call Control A, the main Live Room control room, overlooking our centerpiece: the 1986 Neve 8232 console. In the distance you see Control B, mastering on the left, and the drum room on the right in the 1000 square foot concert hall. The Neve was a studio merger with new partner Andrew Masters. 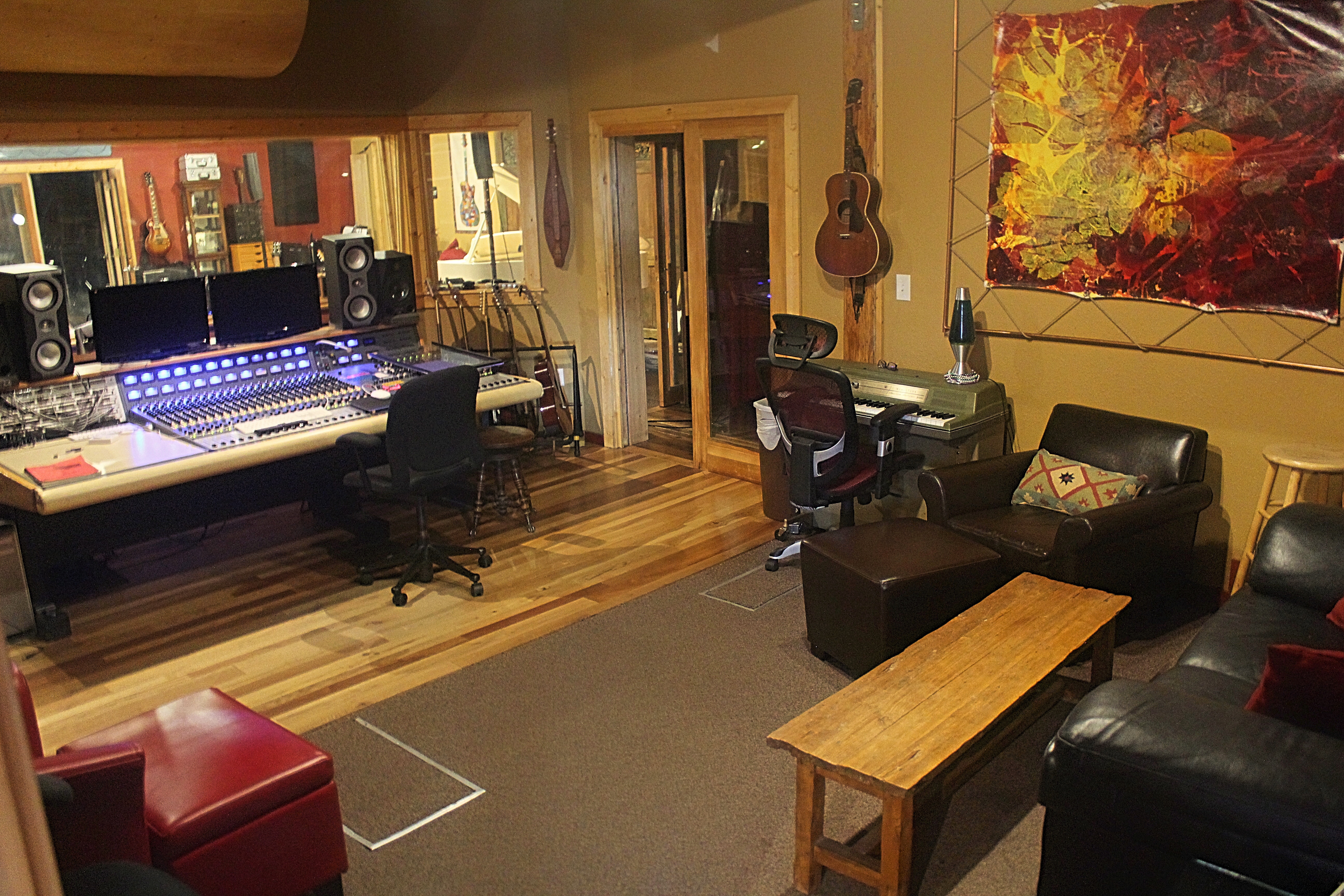 This is a shot as you walk through the door to Control A. We always like that the control room looks more like a living room. 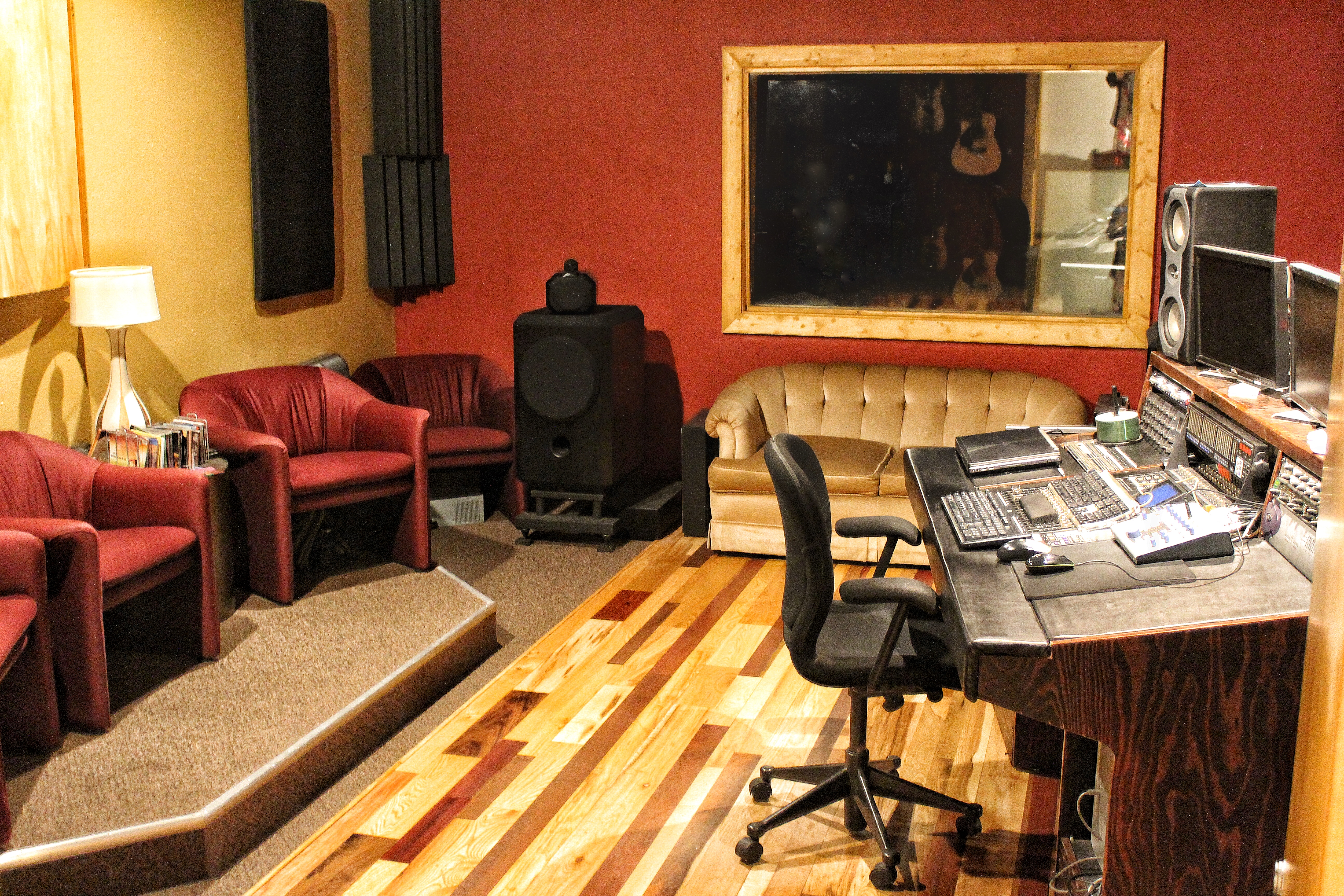 It’s a second HD Pro Tools system for mixing, editing, overdubbing, and more. This is where we do our mastering. 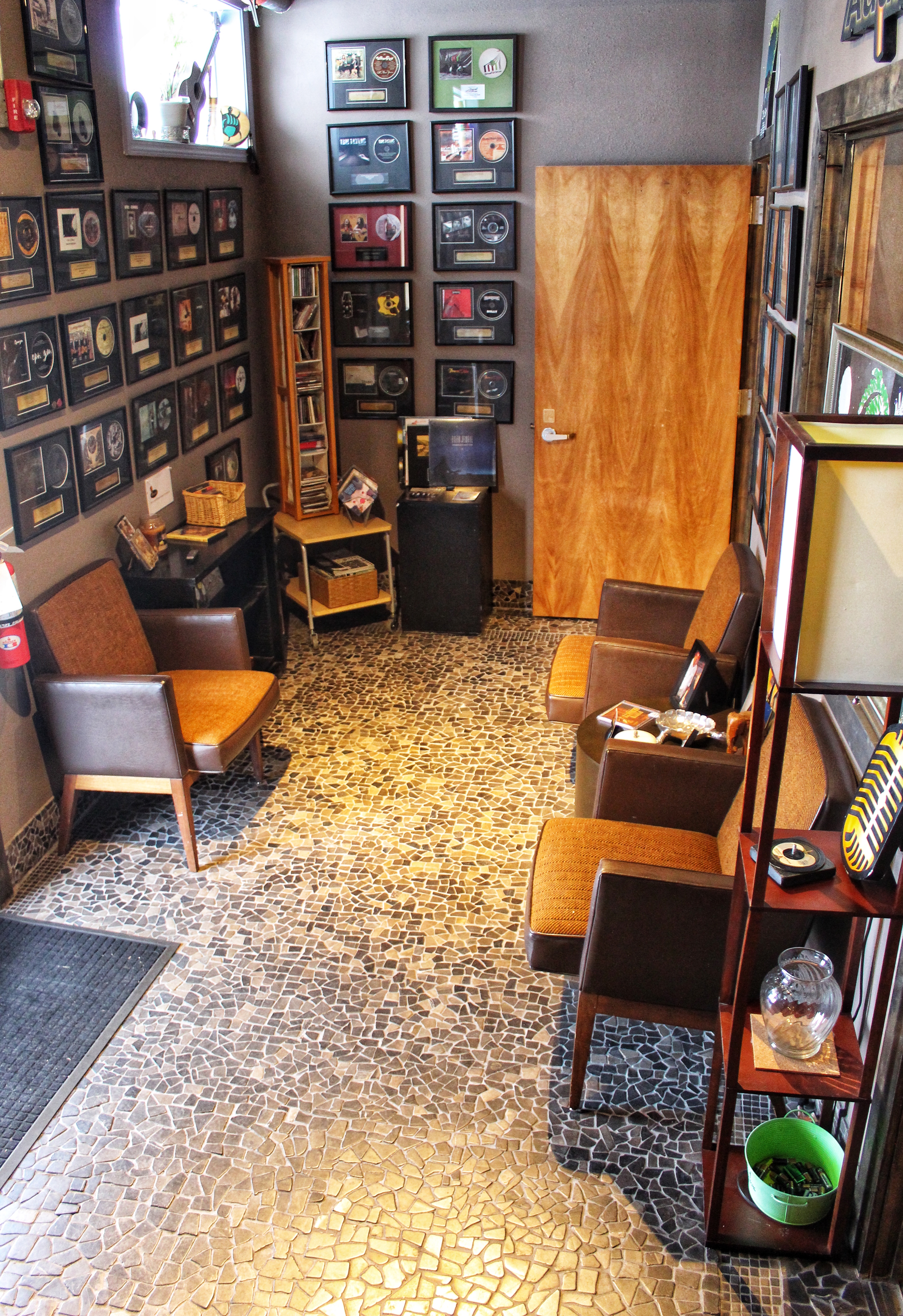 It’s the hall just outside Control A. 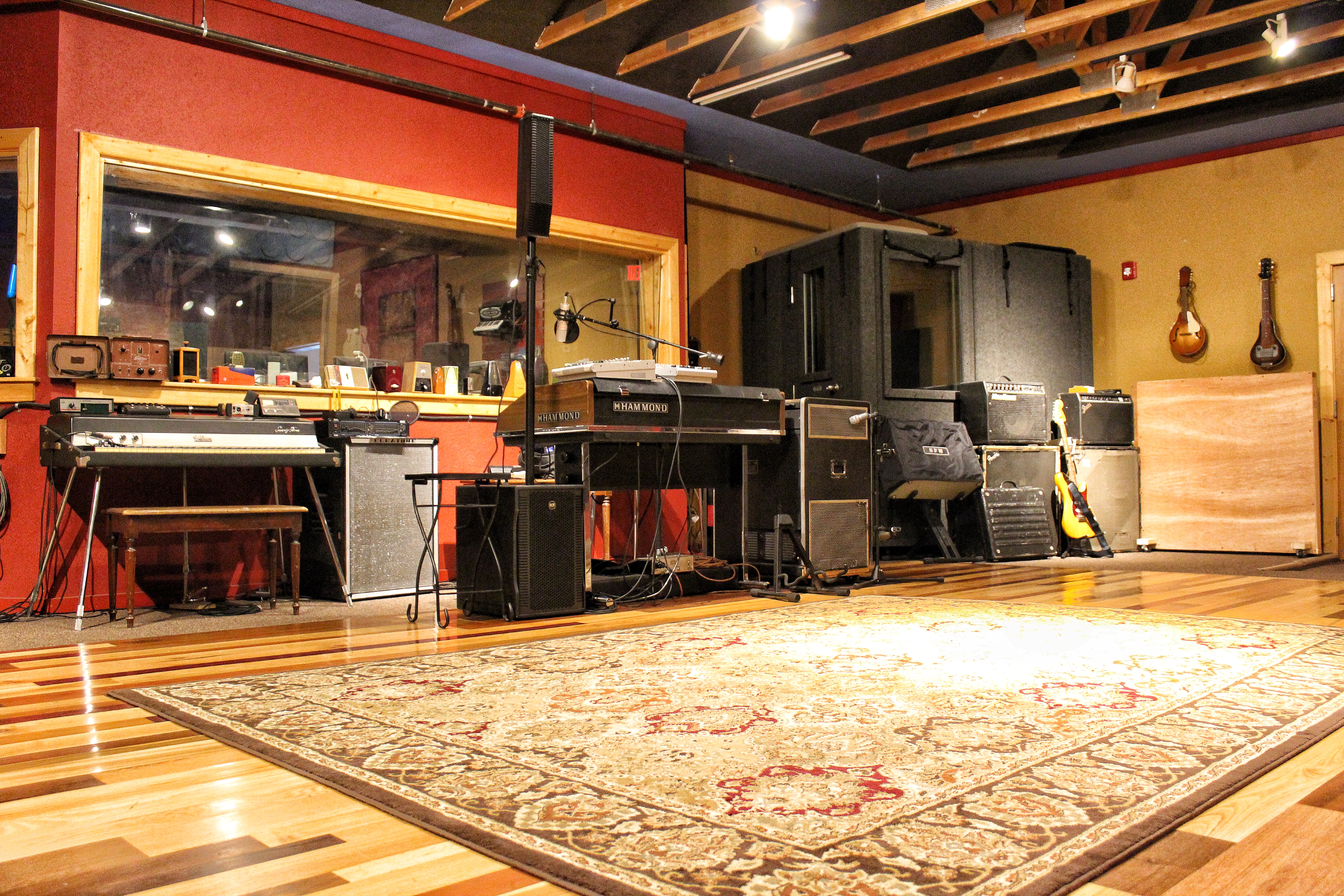 From the live room to the main control room A. 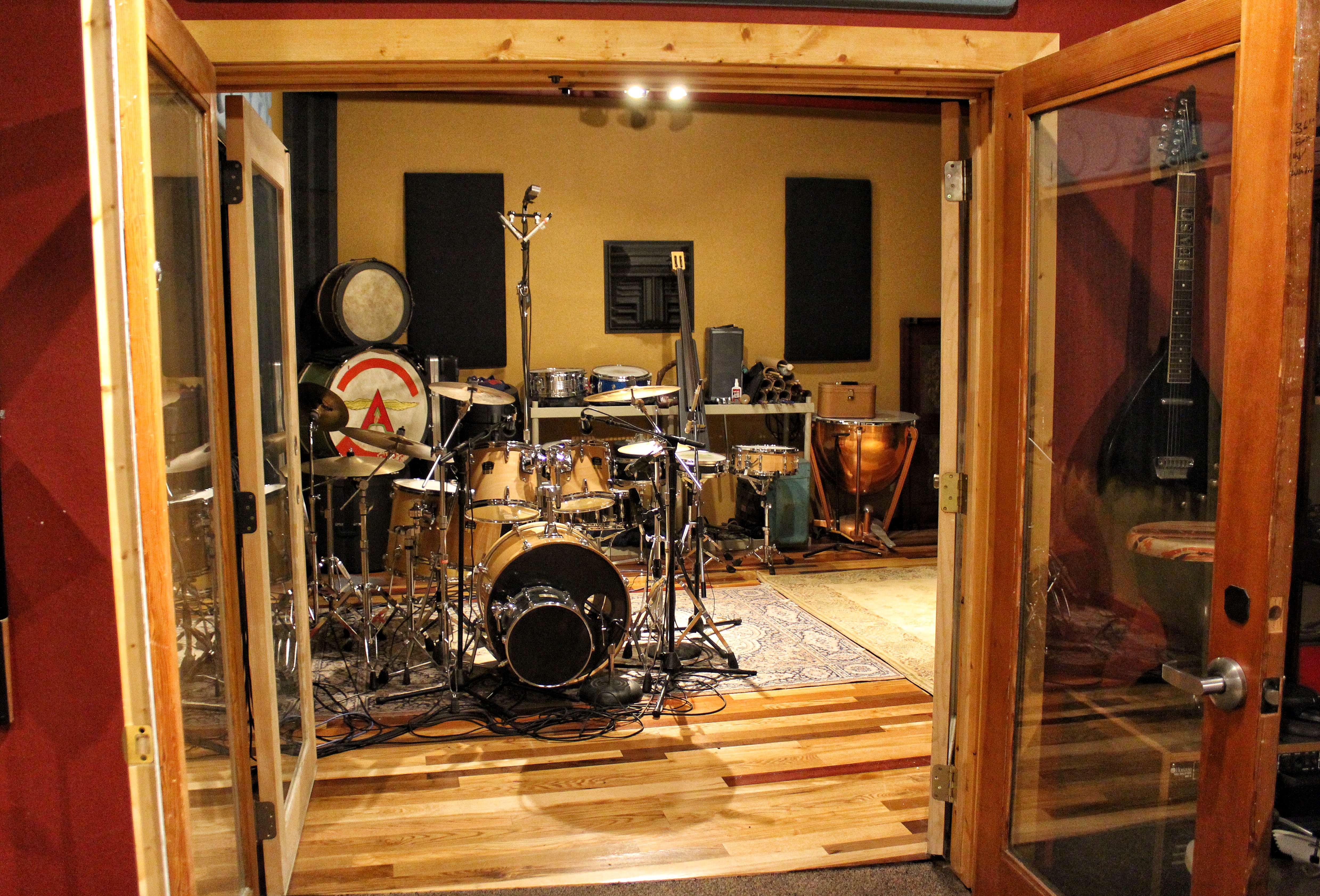 A shot as you enter the drum room. 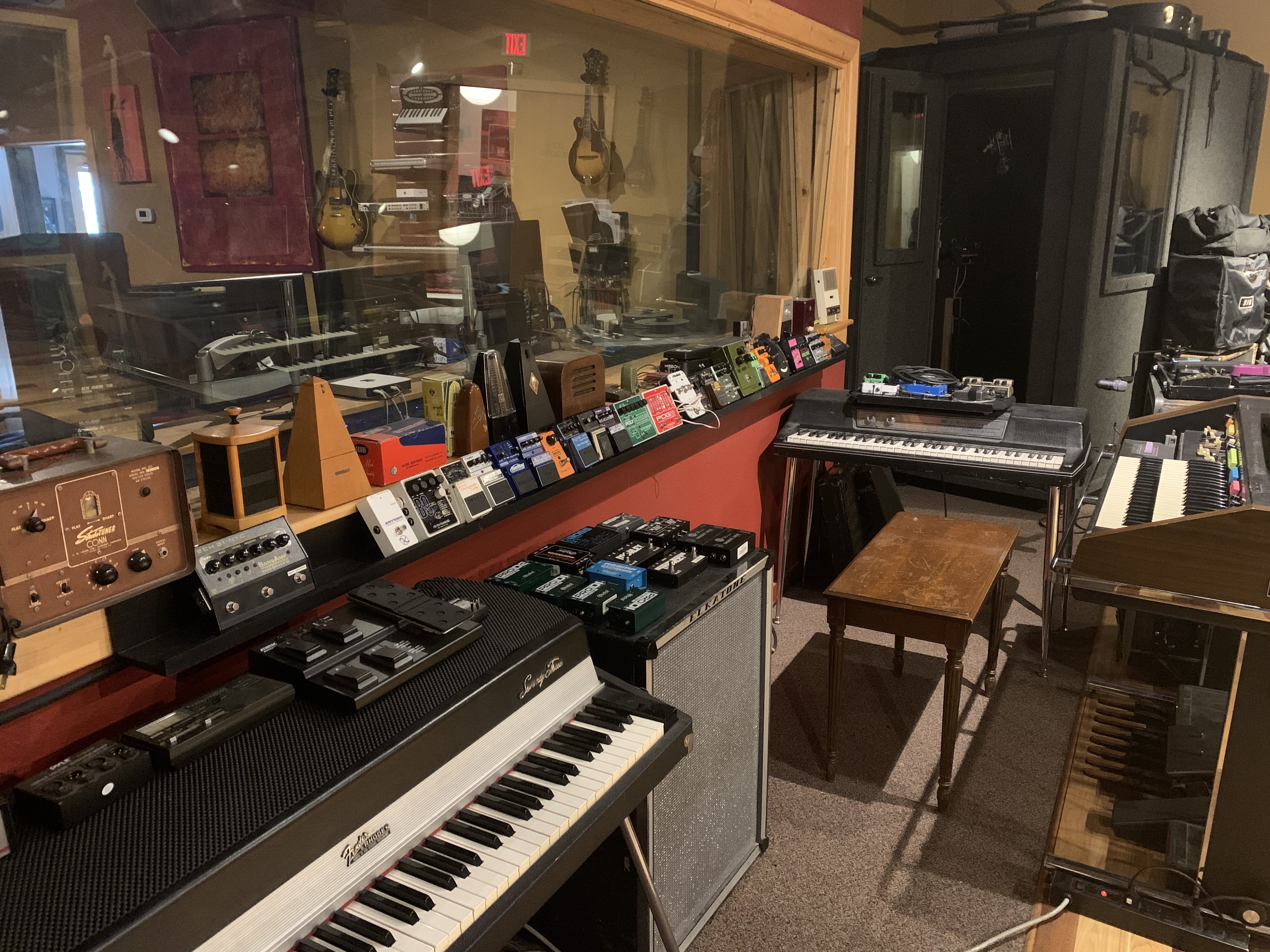 We love pedals… ha! Also shows some of our vintage keys: 1979 Hammond B-200, a very rare portable B3, basically. Also Wurlitzer 200A and Rhodes. 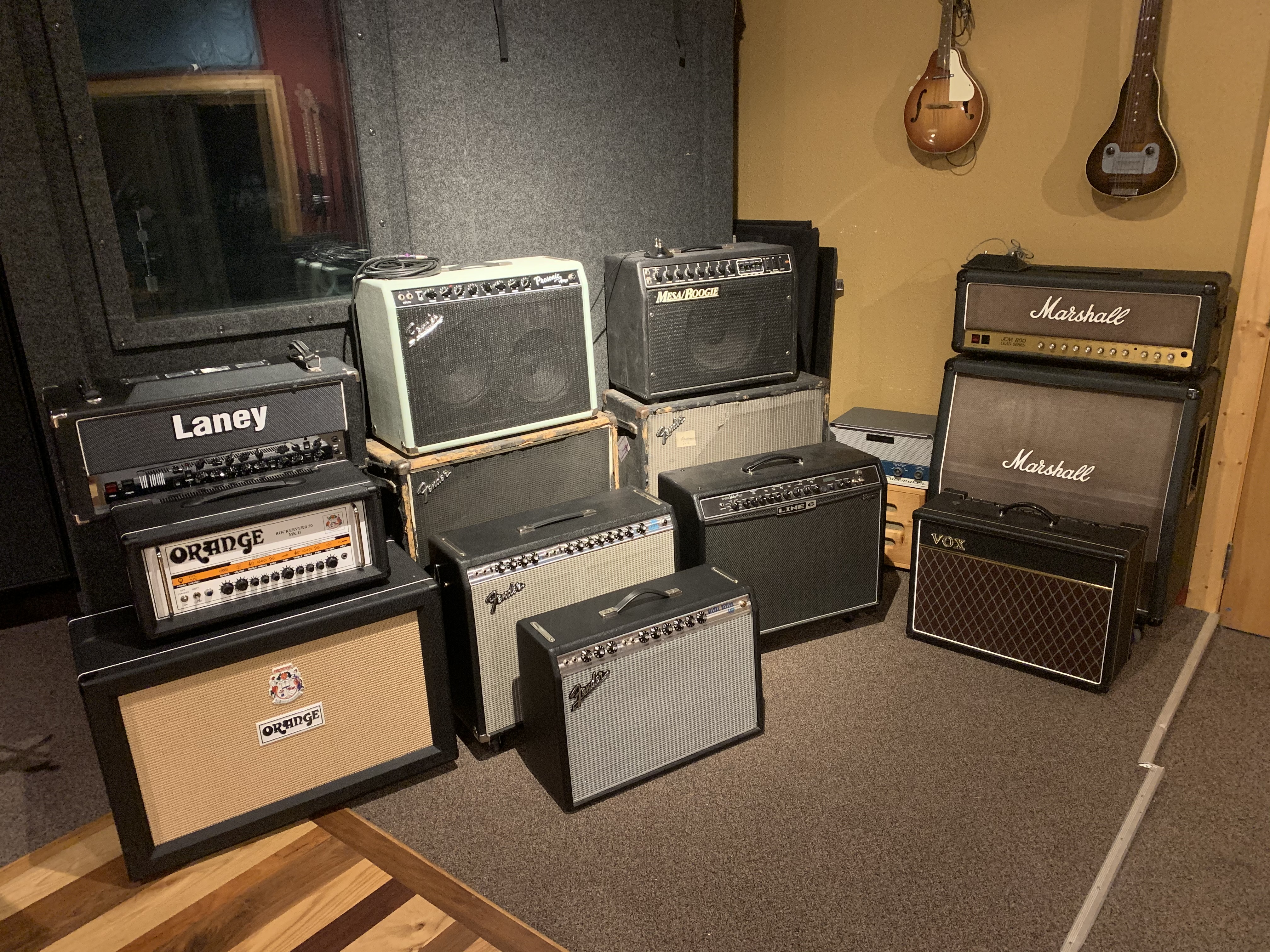 Many top brand guitar amps are available for our customers. 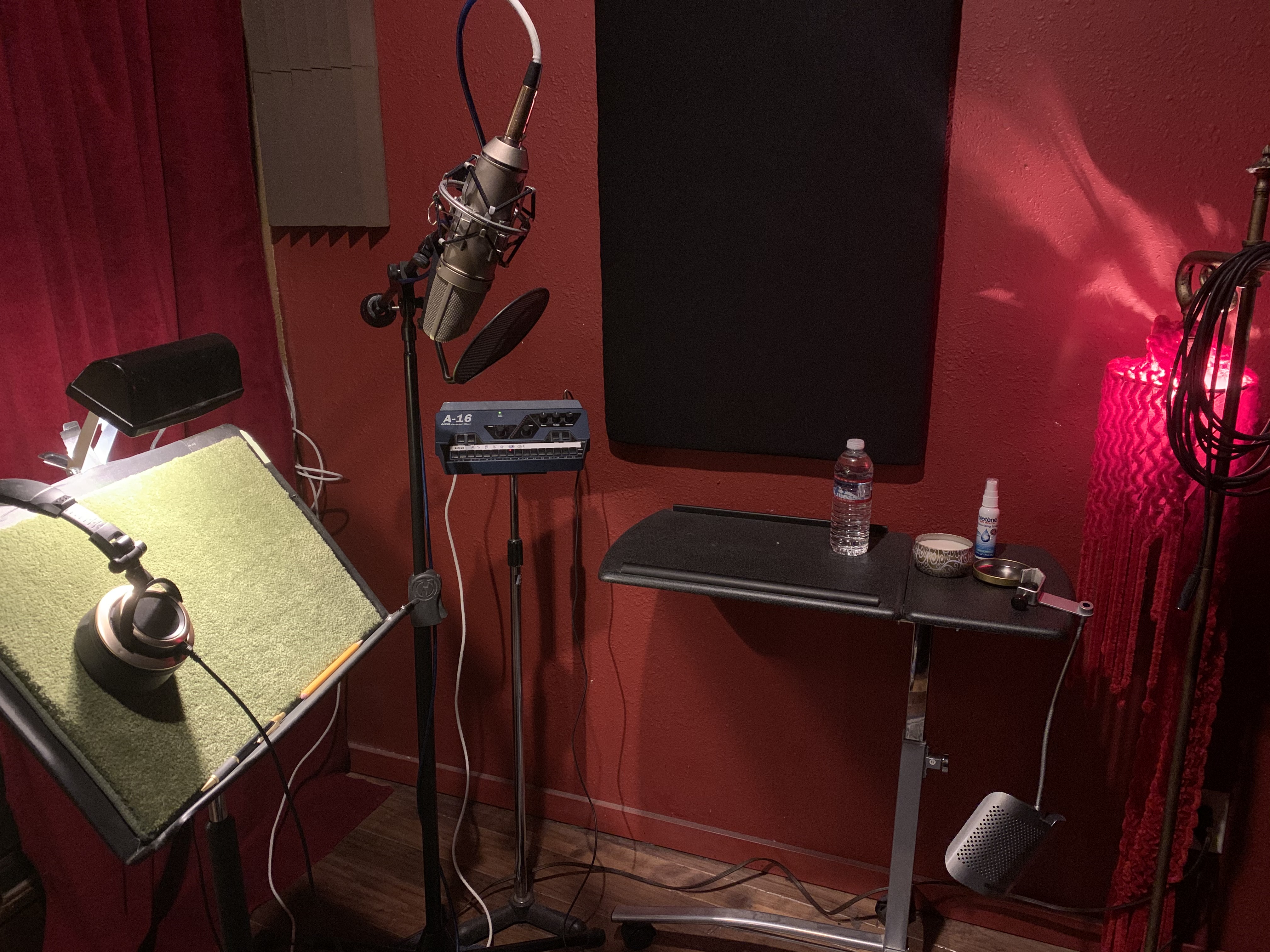 This is our dedicated isolation booth mainly used for vocals. It’s just to the right of Control A. We’ve had acoustic duets together in this room before. I tried to make it spacious enough for some options. 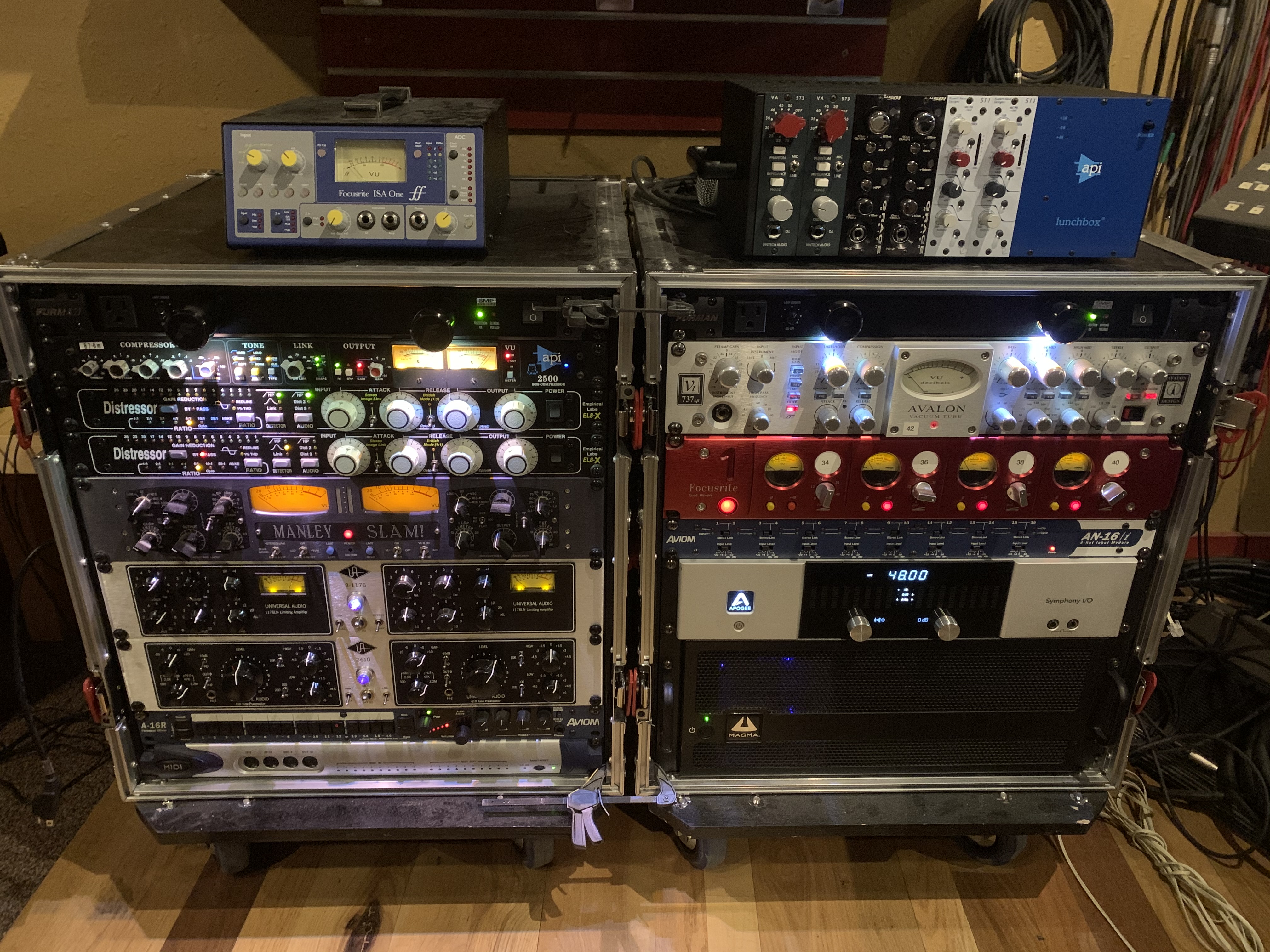 This is our main outboard rack in Control A. Control and coloring beyond the Neve. With the Neve, not sure we need it? Haha! No you need all that right? 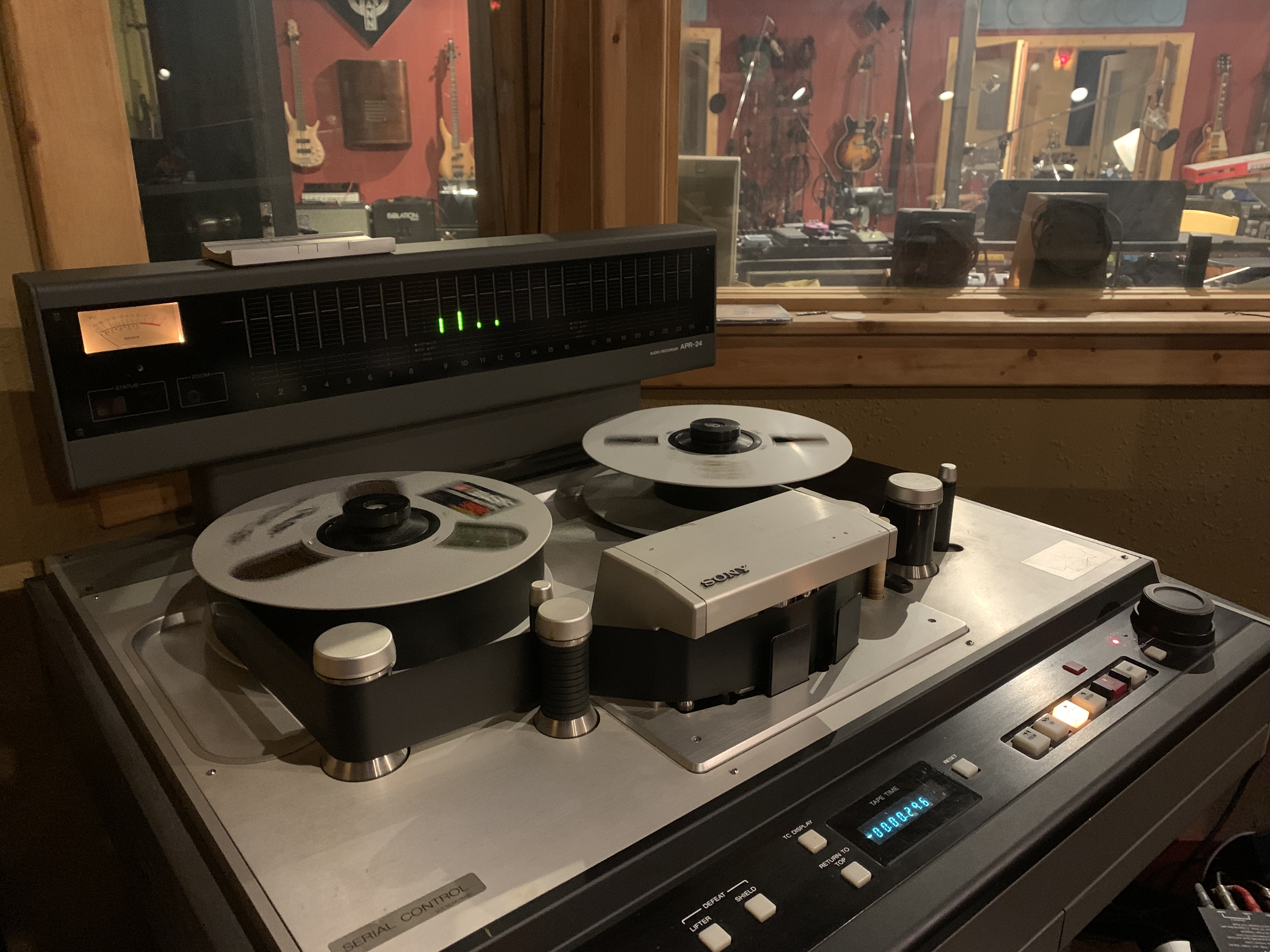 Audio Lab Live pre-show: We do live concerts in our Live Room. We can accommodate 70 people.