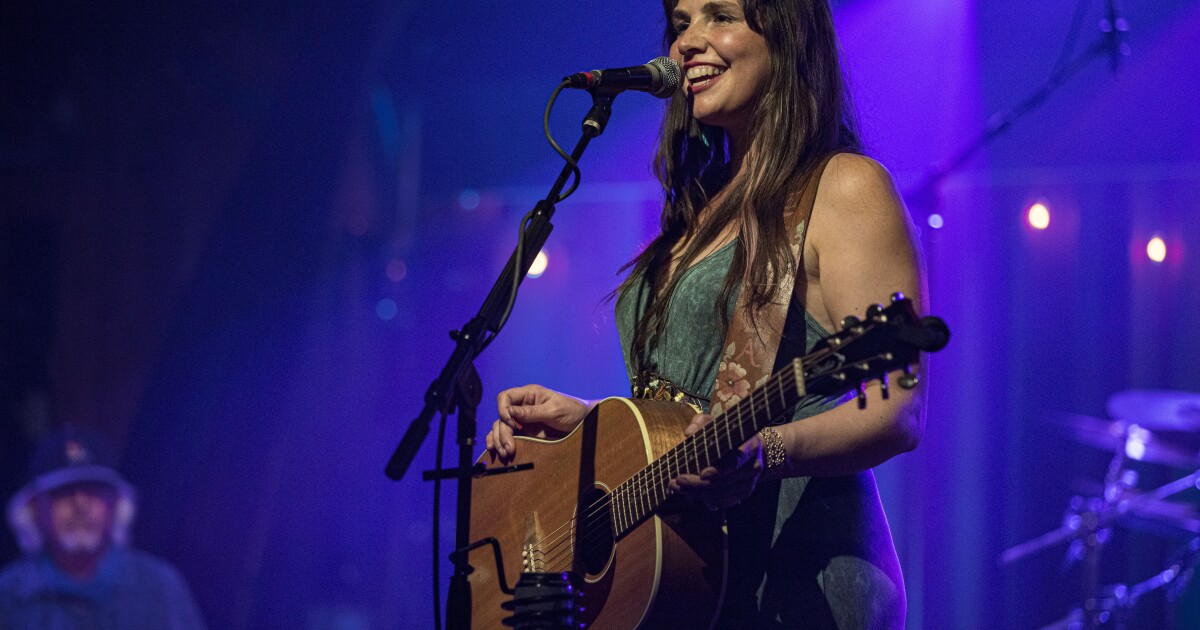 Singer-songwriter Sara Petite was the biggest winner on Tuesday night at the 2022 San Diego Music Awards with three wins, while Thee Sacred Souls’ Curtis Mayfield flavored “Will I See You Again?” won upset song of the year beating a list of nominees that included Grammy winners Jason Mraz and Switchfoot.

“I’m truly humbled, honored and blessed,” Petite said as she accepted her Album of the Year award at the end of the evening. She began and concluded her brief acceptance speech by singing a cappella excerpts from “Scars,” a standout song from “Rare Bird.”

Close behind, with two wins, was versatile singer-songwriter Rebecca Jade. His uplifting song of affirmation, “What It’s Gonna Be,” won Best Video and Best R&B, Funk, or Soul Song. Jade, who starred with Elton John at the 2020 Oscars, has had five nominations leading the pack.

“Thank you so much everyone,” Jade said as she accepted her Best Video award. “I’m so grateful!”

Three other artists have also twice won the annual awards show, which was held at Humphreys Concerts by the Bay and will air in an edited two-hour version on Fox 5 KSWB-TV at 6 p.m. May 14.

Jesse Davis, the debonair jazz, soul and pop singer who became a staple of the music scene here in the 1970s, has received the Country Dick Montana Lifetime Achievement Award. He beamed onstage, but asked his wife to make accepting remarks on his behalf.

Tonya Jae and Carlo V. took home honors for Best R&B, Funk or Soul Album for “Sweet Talk.” Both thanked, among others, their native Guam.

TonyaJae, who last year won Best Pop Song, also spoke movingly on Tuesday about mental health issues and recalled being bullied in sixth grade and more recently by other musicians .

“A lot of things were said that were negative and very detrimental to my mental health,” she told the audience. “It made me feel useless and alone… Someone said it didn’t make sense for me to stand up here (when I won) last year. But I remember how how much it made my parents, my girlfriend and my island happy… So how could it not make sense?”

There were standout performances at the awards show from Thee Sacred Souls, The Sully Band (featuring Rebecca Jade), Ms. Henry, Slack Key Ohana, and Ira B. Liss Big Band Machine, among others, who launched the evening with plumb brass.

The award for best hip-hop/rap song went to Crymes for “More Divide”. After dancing out of his seat before taking the stage, Crymes (real name: Cesar Tellez) thanked “my beautiful mother, my beautiful girlfriend…the adopted children…the outsiders…and the community in southeast San Diego. ”

He then set up a socket for non-fungible tokens. “NFTs are the future: buy my NFT!” Crymes urged the crowd of over 1,000 people. “Welcome to the future, baby!”

A total of 28 awards were handed out at the outdoor event. Proceeds will go to the San Diego Music Foundation and Guitars for Schools, a partnership between the foundation and Taylor Guitars that began in 1999.

By Tuesday, the awards show had raised $694,396 for Guitars for Schools. On Tuesday night, San Diego Music Awards founder Hellman announced that an additional $51,793 was raised this year.

Song of the Year: You sacred souls, “Will I see you again?

Best folk or acoustic album: Whiskey & Burlap, “Around the Bend”

Best Pop Album: The Verigolds, “Take Him to the Sun”