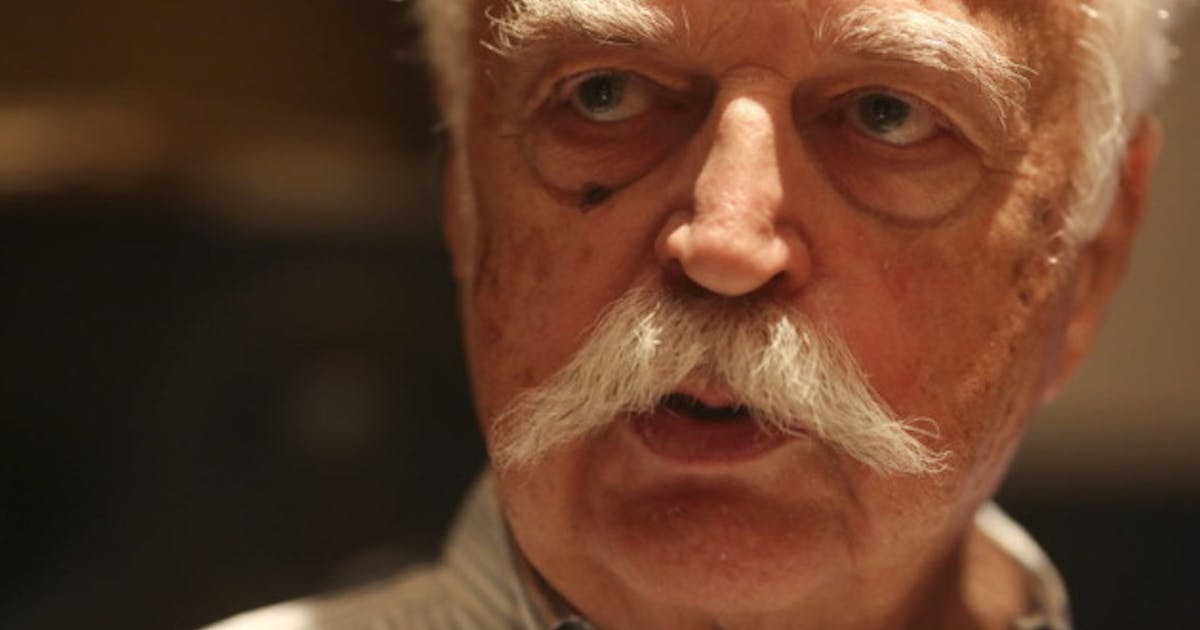 On a pleasant spring afternoon, the man with the white walrus mustache and ergonomic cane sat outside the Minneapolis recording studio he had founded 60 years earlier. He fielded questions from high school students and local music schools. And he told stories about his work with Michael Jackson, Barbra Streisand and Miles Davis.

Bruce Swedien opened a studio at Nicollet Av. And 26and St. in his hometown of Minneapolis in 1953. After winning five Grammys and working with some of music’s biggest names, this studio was home to the Trashmen (“Surfin’ Bird”), Dave Dudley (“Six Days on the Road”), Hüsker Dü, Steve Miller Band, the Jets, Paula Abdul, Lorie Line, Connie Evingson, Leo Kottke and countless others.

“He had a long life full of love, good music, big boats and a beautiful marriage,” Roberta Swedien said in a post.

Says Quincy Jones, Jackson’s legendary producer, on Instagram: “He was without a doubt the best engineer in the business, and for over 70 years I wouldn’t have even thought of getting into a recording session unless to know Bruce was behind the painting.”

In 2013, while visiting a relative in Minneapolis, Swedien returned to the studio he founded, now known as Creation Audio, for the first time since moving to Chicago 55 years earlier.

“My wife [Bea] helped glue the egg cartons together,” he said, referring to the dozens of empty containers still visible in Studio B. “They were superb acoustic treatment and very inexpensive.

As he gazed at Studio A’s 4-inch-thick dark pink doors, Swedien said proudly, “I built these doors; if you look at them carefully, you will see that they are very solid, very thick… This place is incredible. My whole life started here.

Swedien (he’s part Swedish, part French-Canadian) realized while taking piano lessons as a youth in south Minneapolis that he wasn’t going to be a classical pianist — he preferred boogie woogie. At age 10, he received a record recording machine from his father and became fascinated with the recording process.

After majoring in electrical engineering (and minoring in music) at the University of Minnesota, he opened Bruce Swedien Recording in a former movie theater in south Minneapolis. Self-taught, he recorded local artists such as Six Fat Dutchmen and the Herb Pilhofer Octet and national jazz stars Herbie Mann and Art Blakey & the Jazz Messengers.

When a CBS radio broadcaster toured the Dakotas on assignment, Swedien was hired as a sound engineer. This led him to Chicago, where he joined RCA Victor Studios and recorded the Chicago Symphony and many jazz artists including Duke Ellington and Stan Kenton.

His breakthrough came as the engineer for Frankie Valli & the Four Seasons’ single “Big Girls Don’t Cry” in 1962. But his best decision in Chicago was meeting jazz trumpet player-turned-producer Quincy Jones.

“Quincy was the first man to pay me significant royalties,” Swedien said.

After moving to Los Angeles in 1975, Swedien was summoned by Jones to New York in 1977 to set up sessions for the film “The Wiz.” He met the movie star, Michael Jackson, and went on to craft the superstar’s greatest albums.

Seven years ago, during Swedien’s return visit to his first studio, Creation owner Steve Wiese arranged for pianist Jeanne Arland Peterson, then 91, for Swedien to record there. in 1954 brought his son on bass Billy and his singer daughter Patty.

Swedien meticulously set up the microphones, recounting how Streisand would bring his own mic to the recording studio. The Petersons were to record “The Shadow of Your Smile”.

“So not a Latin sensation?” asked Patty Peterson.

After the Petersons performed it, he said, “It sounds wonderful to the untrained ear.”

“Your pitch is good, and I’ve recorded every fucking singer out there,” he replied. “The tape is cheap. Music is expensive.

After recording five tracks, he and the Petersons listened to the playback.

“Jeanne, you have a real future,” Swedien announced.