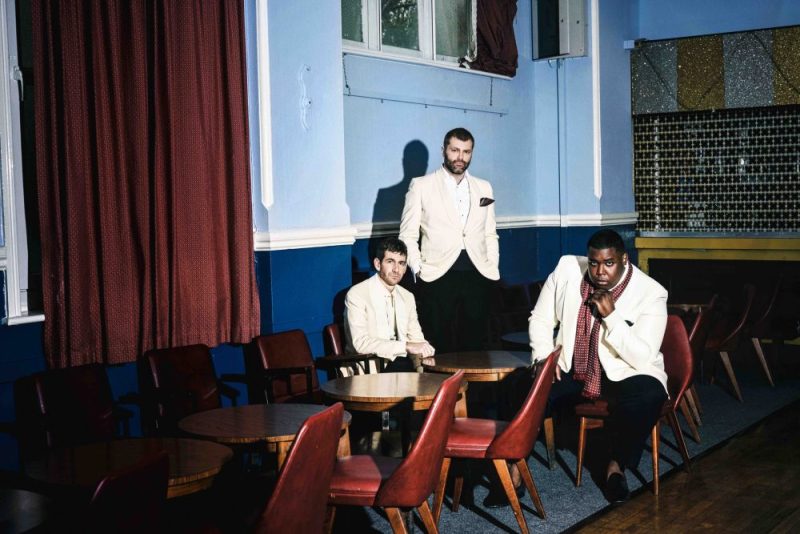 Gabriels may only have two EPs under his belt, but they are undoubtedly one of the most amazing artists to release music in 2021. Sporting the talents of a gospel singer and a chef of enthusiastic choirs Jacob Lusk and his two co-producers – the classically trained soundtrack musician/artist Ari Balouzia and director Ryan Hope — The sublimely vintage craft of Gabriels soul and R&B informed by eclectic modern experimentalism. Meeting both by accident and perhaps a bit of providence, Gabriels formed when Hope and Balouzian met Lusk at a casting session, hoping to enlist his help in finding a choir for their movie. Lusk got the part, but the two producers contacted him afterward to discuss working on a new experimental project — possibly moving to Palm Desert to start working on songs.

Their recent release in Lines accentuates their nascent sound, which the band spent five years on after meeting in 2016. The four-song list is a grounding lesson in the Gabriels’ spacious, sonorous ballads, punctuated by Lusk’s herculean, momentous vocals. But it was their first EP Love and Hate in Another Time which initially sparked the band’s resounding success. And you wouldn’t expect anything less from an EP whose title track Elton John called “one of the most significant records” of the last 10 years.

On each song, the trio behind Gabriels find themselves carrying a lightning rod of emotion, channeling it through the inseparable harmony of Lusk’s compelling moans and their fading melodies. But the album and title track also intersect in important ways with Lusk’s own upbringing – particularly his grandmother, who appears on the cover of the EP, and highlights for the singer the generational struggle against racism. of the black community. It’s also why in 2020, during a Black Lives Matter protest, Lusk gave a spontaneous rendition of Billie Holiday’s anti-lynching song “Strange Fruit.”

The dynamic trio have only performed once at A Club Called Rhoda in Los Angeles so far, giving a raw performance that has since left a void that can only be filled by their rapturous music. That’s all set to change in 2022 with the band promising a slew of tour dates as they hit the road for the first time. If you’re looking to catch some seriously ecstatic soul and R&B, look no further than the nearest stops Gabriels will make near you this year!

Gabriels will be touring this spring with a date at The Troubadour in Los Angeles on March 16. Visit the Gabriels website, Twitter and instagram to stay up to date on new releases and tour announcements. Follow the band on Spotify.