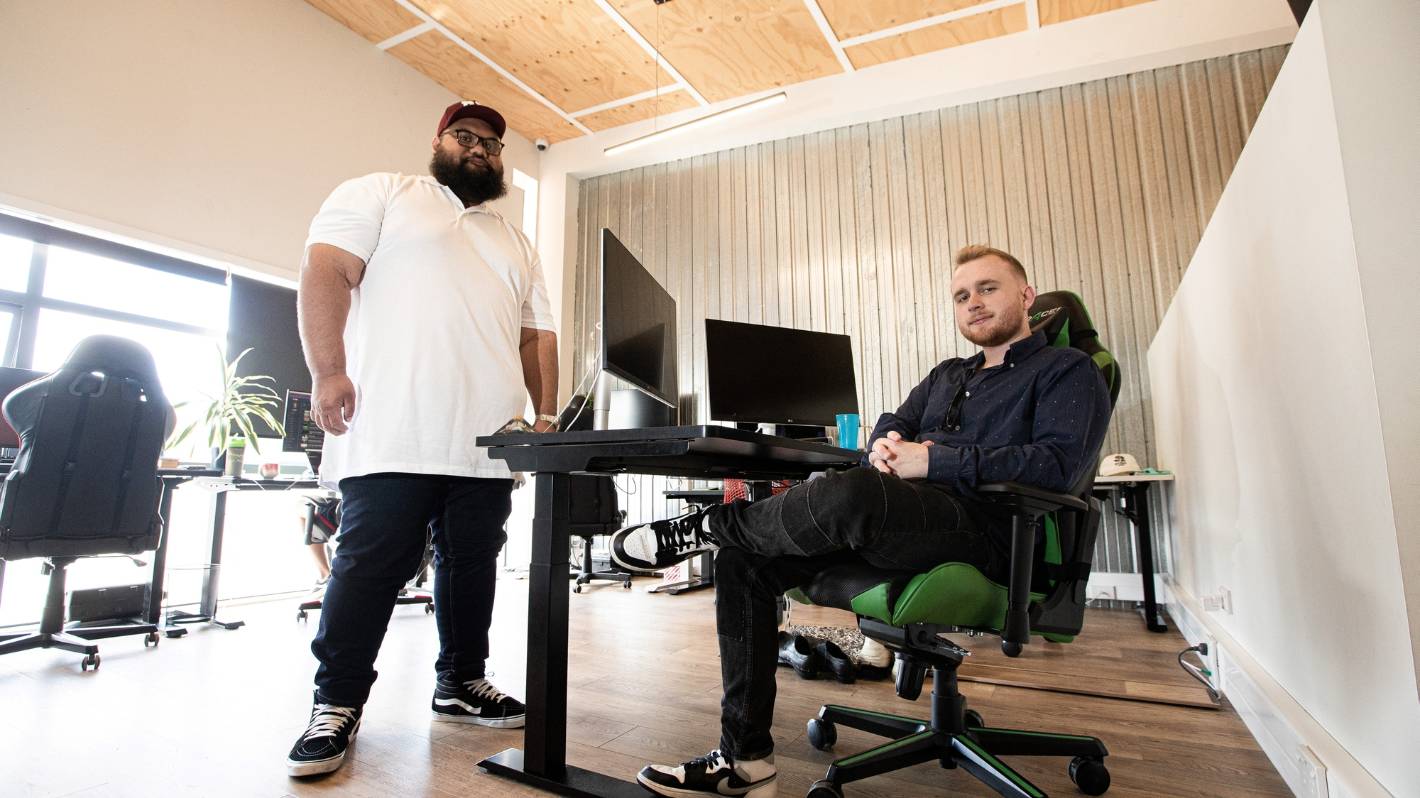 Precise Digital’s Josh Mase and Michael Giles are working with Pacific artists to distribute their work on streaming platforms.

A music distribution company is campaigning for Pacific musicians to get their money’s worth after discovering that many artists are losing streaming revenue.

Artists receive, on average, a small fraction of a cent for each time one of their songs is released on a major platform if they meet the requirements.

For YouTube, the minimum requirement for monetization is a platform with 1,000 subscribers and over 4,000 hours of public video viewing in the last 12 months.

Giles said the biggest problem was that many were unaware of this and they could make money from streaming.

He was working with Samoan musician Josh Mase to fix this and had hired over 100 artists to help them get paid what was owed to them.

Some of their clients include big names in the Pacific music scene like George Fiji Veikoso, the late Daniel Rae Costello, Tomorrow People and Samoan gospel band, Katinas.

“The music world as a whole is very fascinating but very complicated, especially with the way it has evolved now. There is a step away from CDs and records, most things are on streaming platforms”, Giles said.

Mase, the lead guitarist of Three Houses Down, said many Pacific artists worked independently and put together their own work not knowing they could make money from it.

When they first started reaching out to Pacific artists, one of their biggest hurdles was convincing them they weren’t being scammed.

They discovered that artists were exploited, their work uploaded by others who profited from it.

“Even a lot of big names get ripped off, fucked up or not paid, even in the Pacific space.

“Over time we will get the rest, but we already have a good chunk of these artists finally getting their royalties. We are slowly building these catalogs.

Another challenge was making sure the artists kept their original music.

Mase said a good example was Pacific music legend Costello, from Fiji, who was recording on CDs and cassettes, and losing streaming royalties.

“We had to find a lady in France who had all the Danny Rae albums, it took us a year to find her. We were able to complete his online catalog and redirect his royalties to his family.

Mase said most of their artists make money from remixes of their original songs.

“They didn’t like people remixing their songs, but it was about changing mindsets because they could still make money out of it,” he said.

“Anyone who remixes their content, no matter how many times, the artist still gets paid for it.”

Giles said they want artists to focus on making music, while they take care of the rest and educate them along the way on ways to maximize viewership and revenue. In return, Precise Digital took a percentage of the artists’ earnings.

“The perception is changing that there’s money in streaming. There’s more money in the music industry today than ever, it’s making money every year. is probably the best time to be an artist.

2022-11-06
Previous Post: Rod Stewart, Lewis Capaldi and Paolo Nutini honored at the Scottish Music Awards
Next Post: Tanzania: Jk salutes the ministry for the promotion of music and artists