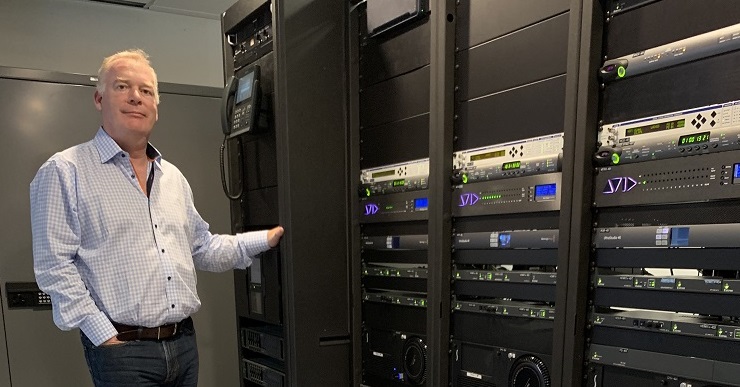 One Union began rebuilding in September 2017 following a devastating fire that affected the entire facility. “Where necessary, we’ve taken the building back to the timbers,” says One Union President and Owner John McGleenan. “We removed, deleted and uninstalled absolutely everything, and started from scratch. We then rebuilt the studios and rewired the entire facility. Each studio now has new consoles, speakers, furniture and cabling, and all are connected to new machine rooms. Every detail has been taken care of and everything is in its place.”

During the 18 months of reconstruction, One Union conducted operations on a limited basis, while maintaining full strength. This included his team of engineers, Joaby Deal, Eben Carr, Andy Greenberg, Matt Wood and Isaac Olsen, who worked continuously and remain in place.

The reconstruction was managed by Los Angeles-based Yanchar Design & Consulting Group, a sound installation design and engineering specialist. The rebuilt studios conform to the highest industry standards and are equipped with top quality components. All five studios are equipped with Avid/Euphonix System 5, Pro Tools 2018 and Avid MTRX digital audio consoles with Dante interface systems. Studio 4 adds Dolby Atmos capability with a full Atmos production suite as well as Atmos RMU. Studio 5, the largest recording space in the facility, has two MTRX systems, with a total of over 240 analog outputs, MADI and Dante (256 inputs), built into a 9ft Avid/Euphonix console. It also includes a 110-inch retractable projection screen in the control room and a 61-inch playback monitor in its dedicated voice booth. Among other things, the central engine room includes a 300 TB LTO archive system.

In addition to using high-end equipment, the facility was rebuilt in an effort to avoid production delays. “All the equipment is pro-grade and everything is redundant,” McGleenan notes. “The studios are powered by a dual power supply and each is equipped with two devices. If a piece of equipment fails, we have a redundant system in place to continue. In addition, all of our critical equipment is hot-swappable. If a component experiences a catastrophic failure, it will be replaced by the manufacturer within 24 hours.

McGleenan adds that redundancy extends to broadband connectivity. To avoid outages, the installation is served by two 1Gig fiber optic connections provided by different suppliers. Wi-Fi is also available through duplicate services. “Interruptions in service are not an option,” says McGleenan. “We can operate with every part operating at maximum capacity without stressing our resources and power.”

One Union Recording was founded in 1994 and originally had only one sound studio. Other studios were quickly added as the company became one of the region’s leading providers of sound services to the advertising industry. Over the past few years, the company has expanded its reach to include corporate and brand media, television, film and games, and has built a customer base that spans across the country and into the world. Recent work includes advertisements for Mountain Dew and car-sharing company Turo, the television series SVU Law and Order and big hotelthe podcast series root of evil and the game The Grand Tour.

“We’re thriving,” says McGleenan. “And we can do better. When the rebuild is complete, we are the most advanced sound company in San Francisco, and on par with any other in the country. We are back and very excited about the future.

About One Union Recording Studios
Located in the heart of San Francisco’s advertising district, One Union Recording Studios started in 1995 with a single studio. Today, the company has five state-of-the-art studios, serving as premier resources for the world’s leading advertising agencies, brands, television and film studios, game developers and production companies. One Union prides itself on bringing projects to life. We offer superior technical knowledge, craftsmanship and expertise, as well as a dedication to relationship building.

2019-04-02
Previous Post: 5 Home Recording Studios to Bring Your Grammy Dreams to Life
Next Post: Wallach invited to speak on the continued relevance of recording studios