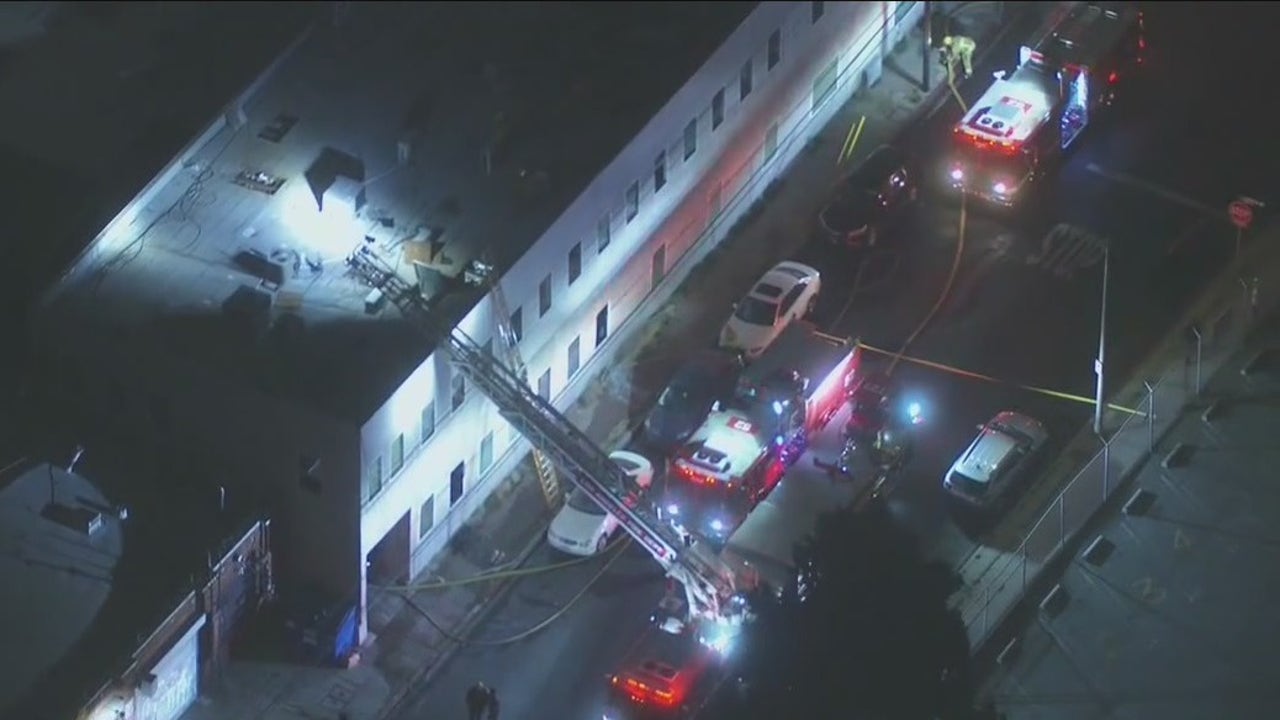 LOS ANGELES – One person was found dead after firefighters put out a larger alarm fire at an industrial building in Hollywood on Thursday where TV personality Sharon Osbourne’s daughter was inside with a producer.

Los Angeles Fire Department firefighters were called just after 5:40 p.m. to 6600 Lexington Ave., between Highland Avenue and Vine Street, to reports of a fire in a two-story concrete building, according to Nicholas Prange of the department.

Two people were assessed at the scene for smoke inhalation but refused to be taken to hospital, Prange said.

The fire was extinguished in 51 minutes by 78 firefighters, LAFD Captain Erik Scott said.

The body was found as firefighters searched the structure, Prange said.

Scott said the design of the studios made it very difficult for firefighters.

“There were an abundance of small, individual recording studios inside the building, which made it very difficult to navigate with zero visibility,” Scott said. “Also the studios were soundproof with really thick walls that really held all the heat in, making for a really intense firefight.”

“These are the two lucky ones who made it out alive,” she wrote. “It is truly heartbreaking that someone lost their life in this fire on Thursday and we send our prayers to this person and their family. What happened on Thursday was beyond horrific. Buildings like this will be better regulated for fire safety.”

The name of the person found dead and the exact mode of death were not immediately known.

The cause of the fire was under investigation.

2022-05-20
Previous Post: Allison Russell wins Album, Artist of the Year at Folk Music Awards
Next Post: Robert Smith of The Cure honored at the Music Awards