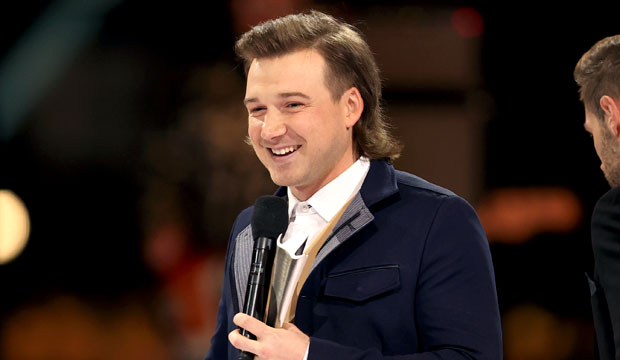 Morgan Wallen Performing at the 2022 Billboard Music Awards: Here’s Why

The Billboard Music Awards have announced another set of artists who will take the stage at the ceremony on May 15, and they include none other than Morgan Wallen performing at a major awards show for the first time since a video leaked in early 2021 of the country singer using a racial slur. He was banned from the 2021 ceremony despite winning three awards. The BBMAs strictly honor artists based on their chart performance, without value judgment. Inviting him to perform, however, would seem like a real stamp of approval.

MRC Live and Alternative, which produces the awards show, told Billboard in a statement“We oppose discrimination, harassment or racism of any kind. We believe in treating everyone with dignity and respect. After careful consideration and extensive discussions internally and with the artist team , in which we found a demonstrated and ongoing commitment to meaningful work and outreach, we issued an invitation to participate in this year’s show. Billboard also reviewed an internal MRC memo stating that the company “found that there were meaningful and significant efforts to understand and redeem, as well as an ongoing commitment to further work”.

Wallen called his insult “ignorant and false” and donated a total of half a million dollars to organizations including the National Museum of African American Music and Rock Against Racism. But whether Wallen actually suffered any consequences for his actions is more debatable. Despite a temporary hiatus from award shows and country radio, he had most successful album of 2021 of any genre: “Dangerous: The Double Album” spent 10 weeks at number one and is still consistently in the top five 16 months after its release. “Dangerous” went on to win the 2022 ACM Award for Album of the Year despite Wallen also being banned from that show the year before. Wallen was even able to perform at the famed Grand Ole Opry less than a year after the controversy broke, which has been the subject of criticism.

Maybe Wallen should get a second chance after trying to redeem himself. But a year after the uproar, country music remains predominantly male and predominantly white, so I wonder how many black artists have never even had a first chance on a major national TV stage.

2022-04-29
Previous Post: Audible Original Words + Music artist lineup kicks off with premiere of Pete Townshend’s Somebody Saved Me on May 6
Next Post: Mary J. Blige will receive the Legend Award at the 2022 Clio Music Awards