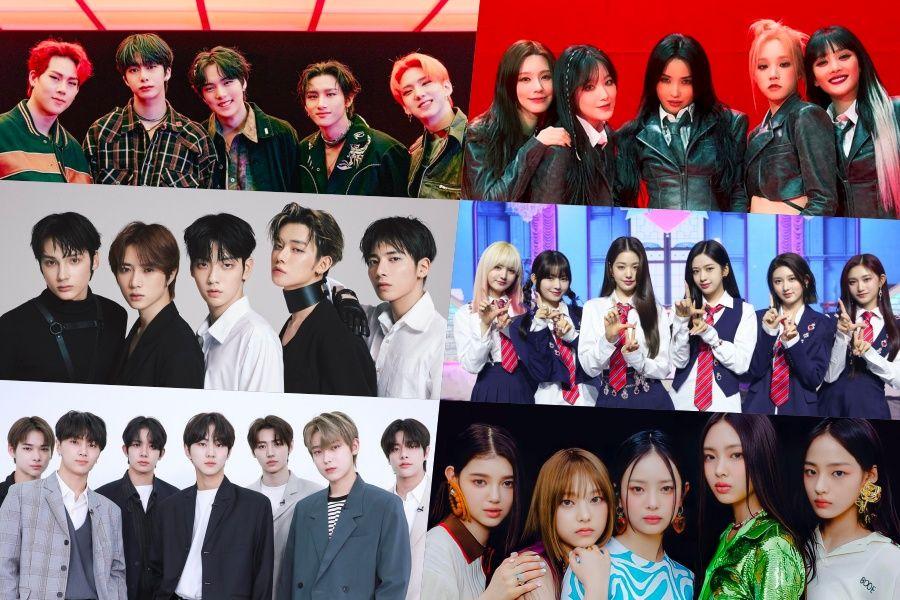 The upcoming Melon Music Awards (MMA) 2022 have announced their lineup of artists!

This year, (G)I-DLE released hit after hit, with “TOMBOY” and “Nxde“both instantly rise to the top of Melon’s TOP100 chart.

“Monster rookies” IVE had an explosive debut last year with “ELEVENand continued to live up to the hype with “LOVE DIVE” and “After I LOVE.“All of the songs made impressive debuts on the Melon charts and remained steady and consistent in the top spots.

For the first time ever by a girl group, NewJeans took the top two spots on Melon’s TOP100 chart with “Attention” and “hype boy.” “Attention” also became the fastest girl group debut song to hit No. 1 on this chart.

After posting “Peak hour“Last November, MONSTA X proved their power as a global artist with a tour across the United States.

With their mini-albumminisode 2: Thursday’s Child“, TXT showed their popularity and matured musical sound. Recently, the group completed their first world tour where they performed 19 concerts in 13 different cities.

ENHYPEN also recently met fans from around the world during their first-ever world tour, which kicked off in Seoul, visited six cities in the United States, and then toured Japan.

ATBO will make his first MMA appearance following his July debut with “Monochrome (color).” With this performance, they will showcase their potential and leave viewers more excited to see what is to come in their careers.

Melon Music Awards 2022 returns as an offline event after three years and will be held on November 26 at Gocheok Sky Dome. Discover all the nominees here!