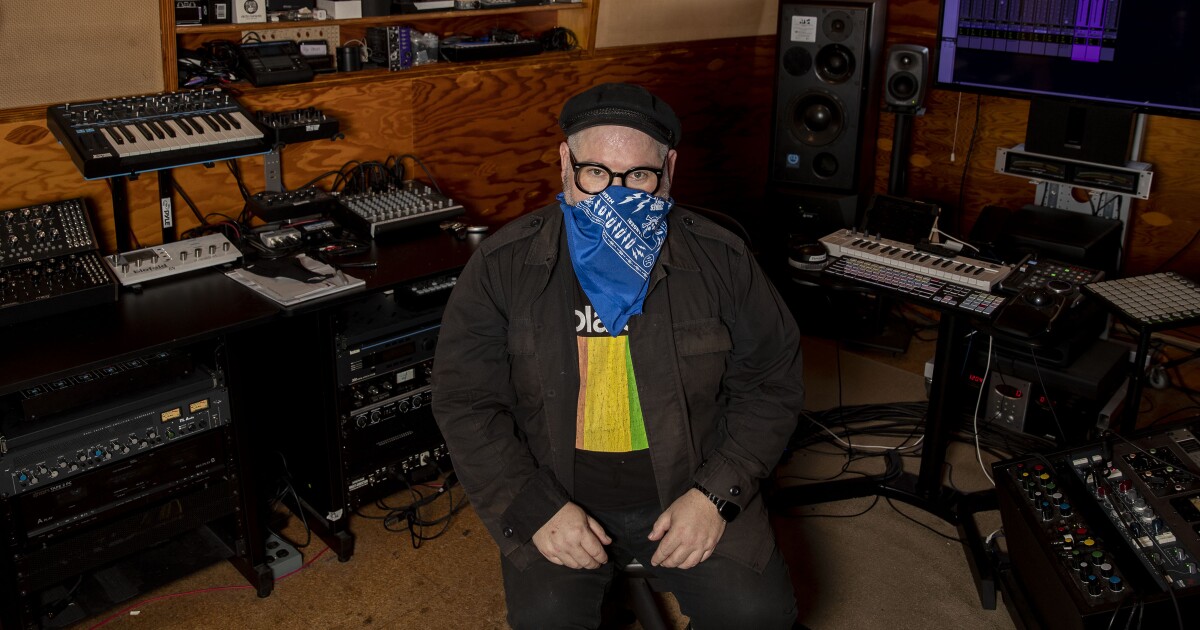 In the six decades since Salvador “Tutti” Camarata, recording legend and Disney sound engineer, opened Sunset Sound Recorders in the heart of Hollywood, the studio has been continuously fueled and ready for any musical inspiration.

Across this stretch of uninterrupted hours, months and decades, the halls and machinery of Sunset Sound at 6650 Sunset Blvd. were the birthplace of hundreds of must-have recordings by the Beach Boys, Prince, the Doors, Barbra Streisand, Bill Withers, Toto, the Rolling Stones, Led Zeppelin, Janet Jackson, Linda Ronstadt, Elliott Smith and, most recently, Haim, Death Grips, John Legend and Beck.

The studio’s impressive 22,000-day streak came to an end in March, when city officials, prompted by the spread of the COVID-19 coronavirus, ordered Sunset Sound, its sister studio the Sound Factory and all other non-essential businesses in the city to close their doors.

“This is the first time in our history, in 60 years, that we have had to close,” says Paul Camarata, owner of the studio and son of Tutti.

For context, he adds: “My father had problems in 1973 during the oil embargo. We had to go on a conservation diet and let people go. Even then, Sunset Sound never closed.

“California, geographically, has been a magnet for creative souls since birth,” says Jeff Greenberg, owner of famed Village Studios in West Los Angeles. “The labels are headquartered here, so recording studios in Los Angeles have been a draw for a long time.”

Until the pandemic, the schedule for both wings of the studio had not recorded an empty day since the two signed a long-term lease. They recorded albums by Perfume Genius, Phoebe Bridgers and Big Thief in venues once occupied by artists such as Nirvana, the Grateful Dead, Metallica, Mavis Staples and Guns N’ Roses. Berg calls the shutdown “devastating. We cannot book sessions.

He now produces 20 miles southeast of Eagle Rock, where he has a small home studio. There, Berg explored the new frontier by collaborating on his remotely produced debut album. He calls the remote sessions for bluegrass guitarist and banjoist Molly Tuttle’s upcoming album “a very strange experience.”

Before the virus hit, Tuttle was supposed to follow the album in person with a band. But after what Berg calls “a few weeks of frustration and inertia,” the team reached out to a handful of musicians, each with a home studio, and outfitted the Nashville Tuttle with microphones and a preamp.

Berg describes the workflow: “She does her performances. She sends them to me. I adapt them a little. I send them to the musicians. Everyone brings their share and sends it back to me. I massage this.

He describes the process as “setting the record like five astronauts would.”

At Kingsize Soundlabs, owner Dave Trumfio describes a stop involving “a lot of running and treading water”. The company, born in Chicago nearly 30 years ago, operates 30 studios and production facilities in Glassell Park, Silver Lake, Hollywood and surrounding areas. Trumfio’s overhead is the same as before the pandemic, but its core parts are silent. Trumfio says his efforts to work through bureaucracy for federal aid “feel like banging my head against the wall.”

Unlike Camarata’s Sunset Sound, Kingsize has not been approved for a small business loan. Trumfio filled out the same papers three times. “They don’t make it easy, let’s put it that way,” he says.

He also works remotely. His first Kingsize studio in the Los Angeles area is in his Silver Lake home. Additionally, Trumfio is partnering with Gold-Diggers, an East Hollywood boutique hotel, bar and performance space, to operate its newly opened production facility. It’s closed during the pandemic, but many smaller Kingsize facilities are single-occupied and unaffected by closing orders.

Trumfio did not produce real-time intercontinental sessions. He did, however, share unfinished files with clients and then took to FaceTime to chat. “Nothing beats the in-person session. It’s a lot easier when someone is sitting in the room and saying, “You know, I really don’t like what you’re doing,” he laughs.

Across town, at the Village in West Los Angeles, Greenberg began taking precautions ahead of official statements. In early March, it began taking customers’ temperatures before they could enter, and it closed a week later. He and his 36 employees “started going virtual right away. We send microphones and flight packs everywhere. He dubbed the operation “The Virtual Village” and says he has a lot of equipment moving around the city. The Village is working with artists remotely to set them up. The 52-year-old studio received relief assistance through the CARES Act, which allowed Greenberg to continue paying its full-time employees.

Ann Mincieli, Alicia Keys’ chief engineer and album project manager, opted for a different strategy. As the scale of the disruption became apparent, the New York-based producer, who owns Jungle City Studios there, did not begin sessions remotely. Instead, she headed west with a pair of co-workers and rented a place in Laurel Canyon with an unfinished studio.

“I wanted to find ways to keep the momentum going,” she says.

Describing “a lot of pivots just to stay one step ahead,” Mincieli and two colleagues hopped on a plane to get closer to Keys, who is splitting his time between the coasts. The engineer recounts the experience of hiring a moving company to drive his equipment to New York “while roads were closing in some states.” At Laurel Canyon, Mincieli secured the rest of his setup in a rushing frenzy. “I was the last person in the Guitar Center and the Vintage King before LA shut down. My gear was to go cross-country. We pivoted.

Mincieli, who is co-chairman of the steering committee of the Recording Academy’s producers and engineers wing, said the forced studio closures have affected thousands of engineers across the country. MusiCares, the academy’s non-profit whose mission is to help musicians during crises, has seen an increase in requests for help.

She adds that as the face of the Recording Academy, the producers and engineers wing has been doing outreach in the form of Zoom sessions. An upcoming event will feature her in conversation with producers or engineers Young Guru, Manny Marroquin, Ivan Barias and others.

In the video chat, she expects a conversation focused on strategies for moving forward. “We are all going to have to find ways to adjust. I already have custom Jungle City face masks,” she says, and have stocked up on hospital-grade cleaning solutions and disinfectant dispensers. “The big question is to know in which phase [leaders] allow recording studios to come back online? In Los Angeles, that question will ultimately be answered by Mayor Eric Garcetti.

It remains to be seen what the studio landscape will look like in the new normal, but most agree that the art of recording music will see fundamental changes. Can sound temples like the Village, Sound City, Conway, and Capitol, with their high overhead, property taxes, and facility maintenance, make it work?

“I thought about it a lot,” says Trumfio, who adds that the first two months of 2020 have been “some of our busiest times as a studio in Los Angeles.” Gold Diggers booked 100 sessions in February alone.

Camarata from Sunset Sound isn’t worried. Like all historic production facilities, the studio has seen fundamental changes over the decades as home recording technology has democratized the process. He said Sunset Sound survives as what’s called a “tracking facility,” where artists capture their basic recordings and then retreat to smaller studios for tweaks, overdubs and mixing. There will always be a demand for the services of his company. “We have three bedrooms and they are large. Most of our work is done by bands who come in and record, and it’s not very practical to do in a house or a small private studio. Then they’ll leave, go to their home studio or laptop or whatever.

He adds that it may be another year before artists can support themselves again through touring. Camarata thinks that as studios restart – he hopes mid to late May – “there could be a resurgence because the only thing [artists] can do is register and sell a product. He fills his schedule, but “we keep pushing it week by week.”

Every day, the studio takes calls and emails from ready-to-go musicians.

Mincieli says she and Keys are treating the issue of reopening as “a strategy and a challenge. Keep the momentum going so that when it all comes back on, listeners pay attention. “Some artists do nothing. How to get out of the door once it’s all over? »

Trumfio agrees. “I think people are going to be excited to go,” he says. “The comforts of home are great for some parts of the process, but going to a real studio makes people feel a little different.”