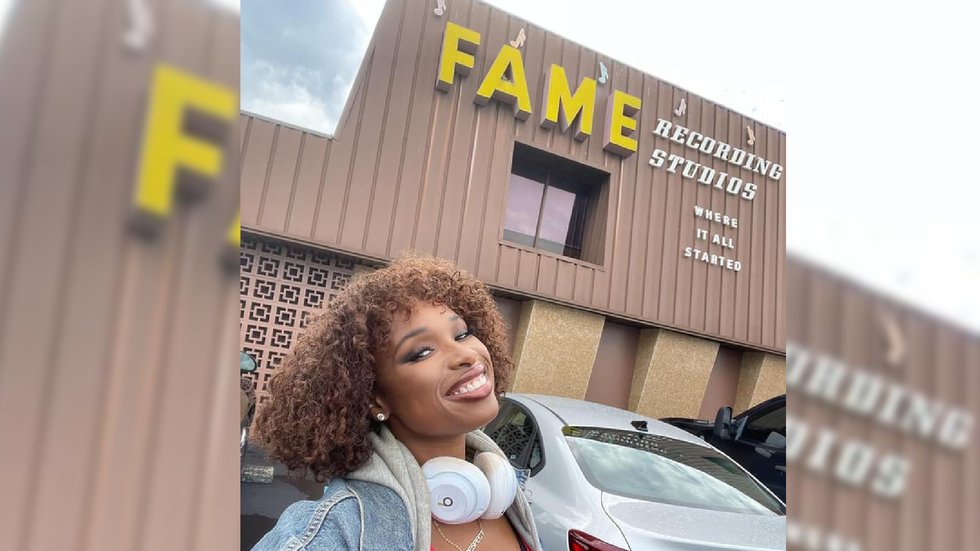 The Grammy-winning musician traveled down south to tour the iconic recording studio ahead of her new movie, ‘Respect.’ Hudson plays the queen of soul, Aretha Franklin, in the biopic which is slated to hit theaters in August 2021.

FAME Music was established in 1959, and a few years later founder Rick Hall opened the studio that still sits on the corner of East Avalon Avenue. It’s where Franklin recorded hits like “I Never Loved A Man” and “Do Right Woman.”

Artists such as Aretha Franklin, Little Richard, Wilson Pickett, Etta James, Otis Redding, the Osmonds, Jerry Reed and Alabama are among those who have recorded in the hallowed studio with the Muscle Shoals Rhythm Section.

The rhythm section, also known as The Swampers, can even be heard on the hit song the movie is named after, “Respect.” The film depicts some of the times Franklin was in the studio, working with small town musicians.

Of course, Hudson had to go to where Franklin recorded some of his most notable works. Before leaving the blockbuster recording capital of the world, she took a photo in front of the classic FAME sign. Social media followers went wild, including us.

Check out the musician in the film when it hits theaters in August.

You can also visit the very place where the queen of soul recorded so many classics that make us get up and dance in visit FAME and take a tour for yourself.