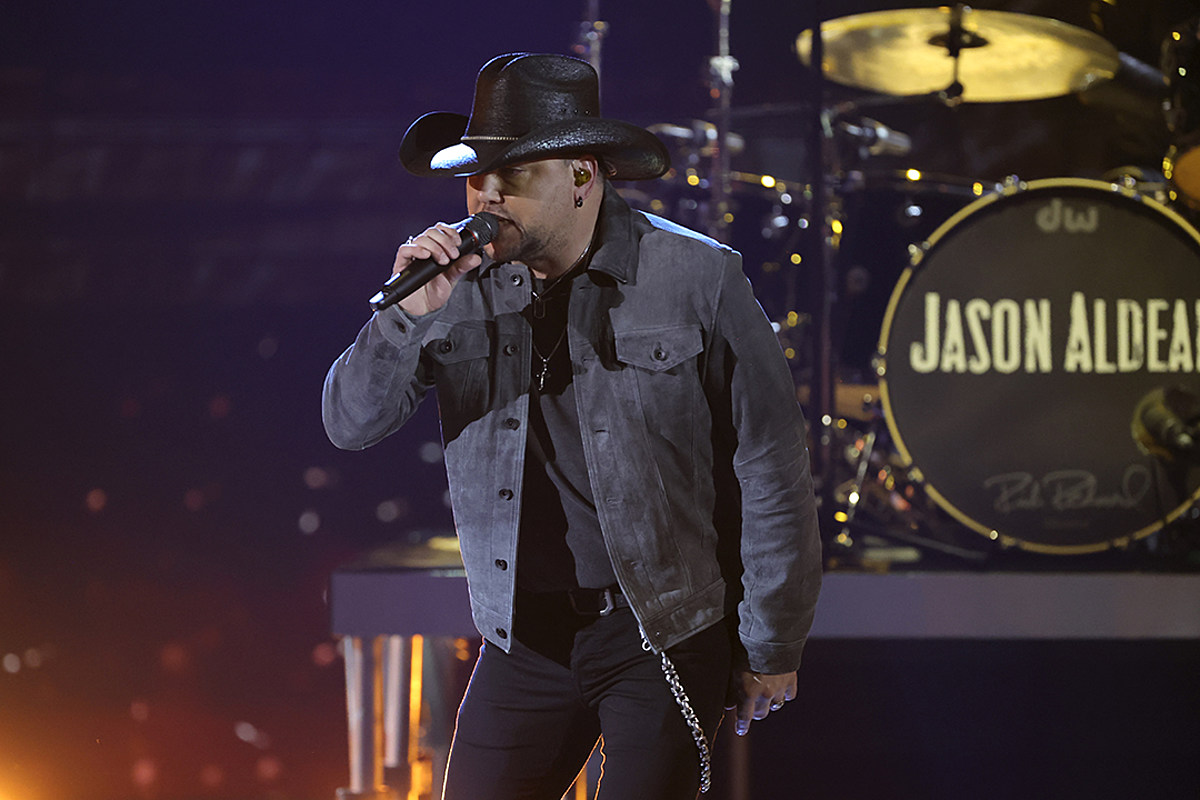 Jason Aldean was among the performers at the iHeartRadio Music Awards in Los Angeles on Tuesday, March 22.

The country superstar chose to perform a mix of songs on the show, starting with a throwback tune: his 2011 single, “Dirt Road Anthem.”

Aldean took the stage in his black cowboy hat and dove into the song, walking around the stage singing the classic lyrics. After “Dirt Road Anthem,” the star slowed down the performance with a passionate rendition of his current single, “Trouble With a Heartbreak.”

For his latest song, Aldean sat down at the piano to perform the award-winning hit “If I Didn’t Love You,” his hit duet with Carrie Underwood. Fans and other performers danced and sang in the crowd.

The country superstar entered the evening with nominations for Country Song of the Year and Best Collaboration for “If I Didn’t Love You,” as well as a nod for the country artist of the year.

He and Underwood received the Country Song of the Year trophy, and although Underwood wasn’t in attendance, she shared her thanks on Twitter.

Aldean thanked his team, fans and family in his acceptance speech. He also posted a video on social media after the show, in which he shared another heartfelt message of thanks.

“I just want to thank everyone at iHeartRadio for playing the song, thank you fans for requesting the song, thank you Carrie for singing with us on the song,” he says. “It’s been a really big song for us this year. From LA, thanks guys, we appreciate it, and can’t wait to release the next part of the album on April 22. Be ready.”

Aldean and Underwood released “If I Didn’t Love You” in July 2021, and the song won Single of the Year at the 2022 ACM Awards. The song is also nominated for Best Country Duo/Group Performance at the 64th Annual Grammy Awards on April 3. The song appears on Aldean’s Mason album, the first part of his double album, Macon, Georgia. The second half of the album, which includes “Trouble With a Heartbreak”, will be released on April 22.