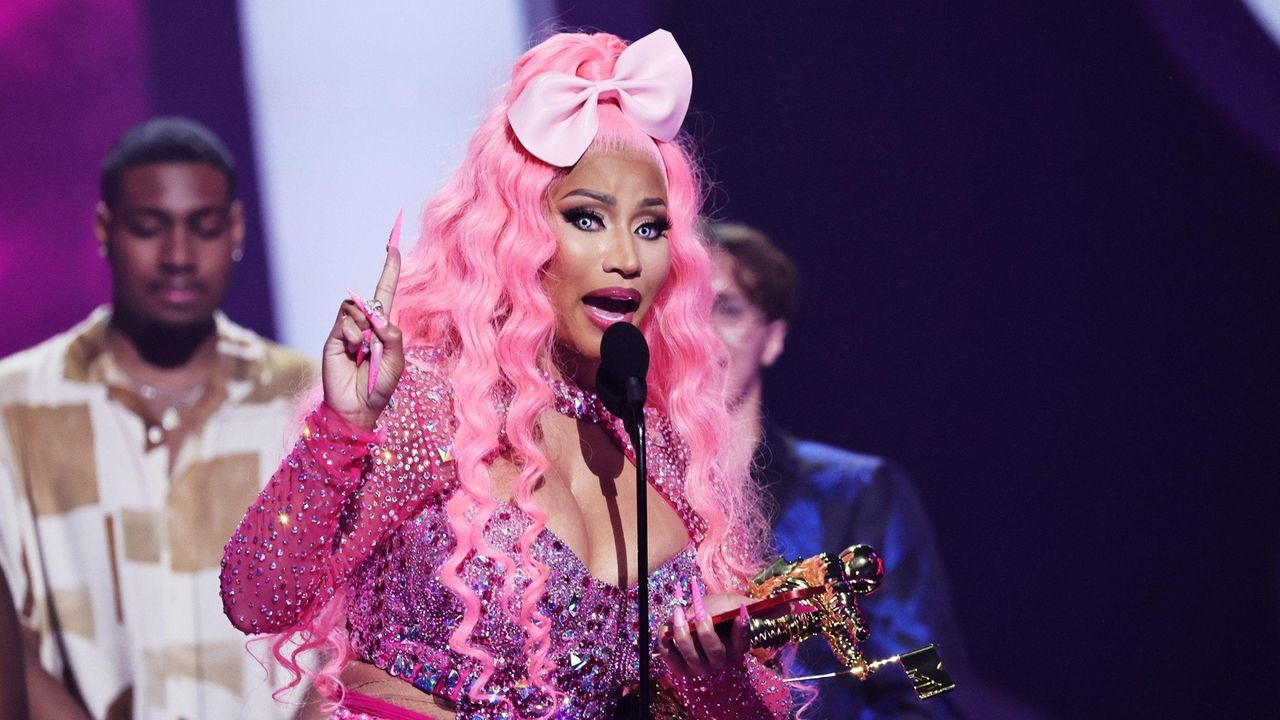 Rapper Jack Harlow took to the skies to open the MTV Video Music Awards on Sunday, while Johnny Depp made a surprise float above the audience as Moon Man.

Harlow began her performance inside a fake airplane walking down the aisle while performing her hit song “First Class,” which sampled Fergie’s “Glamorous.” The rapper joined Fergie on stage – wearing a sparkling silver dress with the red words “First Class” – who sang her 2006 jam.

“Thank you Fergie for coming with me tonight and deleting that song,” Harlow said after “First Class” won Song of the Summer later on the show. “The beauty of this song is that people don’t realize it’s so hip-hop because of the sampling. Bringing Fergie into the mix in this way means the world to me. It really comes full circle. ‘Glamorous’ was one of the most important songs of my childhood.”

During the show, Depp made a surprise appearance nearly three months after the verdict of his defamation lawsuit with ex-wife Amber Heard. The 59-year-old actor digitally floated from the ceiling as the face of MTV’s iconic astronaut Moon Man.

“And you know what? I needed the job,” Depp told the audience at the Prudential Center in Newark.

Lizzo had Taylor Swift dancing from her seat as she performed her new single “2 Be Loved (Am I Ready)”.

After her opening performance, Harlow’s name was called back on stage to receive the show’s top award for her appearance on Lil Nas X’s song “Industry Baby,” which won Best Collaboration.

“This one’s for the champions,” Lil Nas X said before Harlow thanked him for his collaboration on the chart-topping single.

Swift accepted the award for Best Long Form Video for her “All Too Well: The Short Film.” The singer opened up about creating her first short film, thanking many, including actors Sadie Sink and Dylan O’Brien, who starred in the project.

“We put our hearts into it,” Swift said.

At the end of the ceremony, she again won Video of the Year and thanked her fans not only for the video, but also for encouraging her to re-record her albums. She also surprised fans by announcing that her new album would be released on October 21.

Harry Styles won album of the year for ‘Harry’s House’. He was unable to attend the awards due to his coinciding show at Madison Square Garden across the Hudson River.

Minaj performed a medley of her career’s greatest hits from “Roman’s Revenge,” “Chun-Li,” “Moment 4 Life,” “Beez in the Trap,” “Anaconda,” and “Super Bass.” After her set, the rapper accepted the show’s Video Vanguard Award, which MTV said she received for her artistry, groundbreaking hip-hop and global superstar status. The honor is named after Michael Jackson.

During her acceptance speech, Minaj paid tribute to other music icons such as Jackson, Whitney Houston, Lil Wayne and Kanye West. She talked about the importance of mental health.

“I wish people would take mental health seriously, even if you think they have a perfect life,” said Minaj, who went on to win Best Hip-Hop for her song “Do We Have a Trouble?” featuring Lil Baby.

Bad Bunny won the coveted Entertainer of the Year award and delivered his acceptance speech from Yankee Stadium in the Bronx, where he headlined a sold-out show.

After receiving the award from former Knicks player Carmelo Anthony, Bad Bunny thanked his fans in a speech delivered in Spanish. He said he was grateful that he got all of his hits without having to change his style, music or native language.

Eminem and Snoop Dogg brought the metaverse to the VMAs as the duo performed “From the D 2 The LBC,” which was featured on Eminem’s greatest hits album “Curtain Call 2.”

The Red Hot Chili Peppers took to the stage as recipients of the Global Icon award after being touted by comedy duo Cheech & Chong as their “favorite band of all time”. The band – made up of Anthony Kiedis, Flea, Chad Smith and John Frusciante – performed several songs, including their hit “Can’t Stop” from the band’s 2002 album “By the Way” and “Black Summer” from this year’s “Unlimited Love” album. “album.

Flea gave a speech about her love for human beings with cockroaches, trees and dirt. Smith, the band’s drummer, dedicated the award to Taylor Hawkins, the late Foo Fighters drummer who died aged 50 in March.

“I dedicate this to Taylor and her family,” he said. “I love them and miss him everyday.”