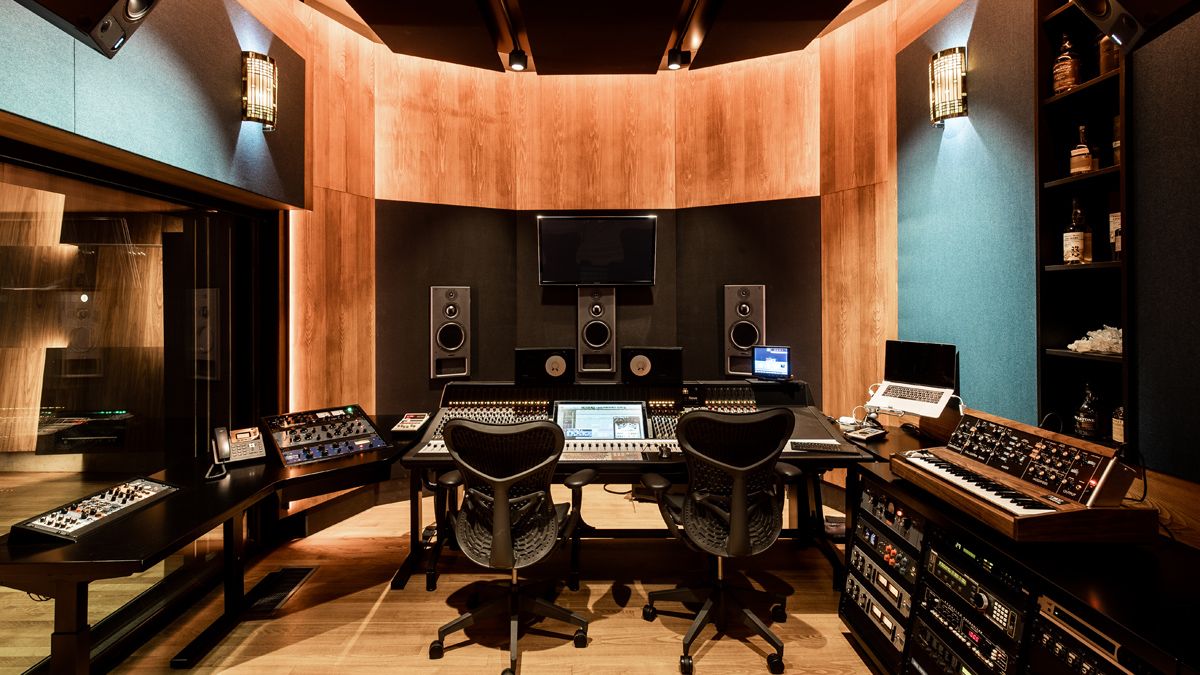 Inside Martin Garrix’s amazing renovated STMPD recording studios: “The original plan was just to give it a new paint job. Then it got a little out of control.”

Martin Garrix may only be 24, but he’s already become one of the biggest producers and DJs in the world.

He started with a huge solo hit, Animalsand hasn’t looked back since, collaborating with artists like Tiesto, Dua Lipa and Bebe Rexha, headlining festivals such as Coachella, Lollapalooza, Ultra Music Festival and Tomorrowland, launching his own label (STMPD RCRDS , pronounced ‘Stamped records’ ), ​​and winning countless awards around the world.

Most 24-year-olds with the rewards that kind of success brings would blow it all over fast cars and other excesses. Not so Garrix. In what could be described as a shrewd business move – or even a bit of a risky venture, given how some studios have performed lately – he bought Amsterdam’s FC Walvisch recording complex a few years ago. and has since converted it to STMPD. recording studios, a suite of eight first-class rooms including one of only nine existing Dolby Atmos Premier Studio sound stages. It is described as “the most advanced recording studio in Amsterdam” and certainly one of the most lavish recording facilities in the world.

Here we get an exclusive interview with Eelco Bakker, the Senior Sound Designer at STMPD Recording Studios…

Can you tell us a bit about the history of the studio?

“The STMPD was formerly the studio of FC Walvisch, which was primarily a sound design facility and used for commercials, TV and film. At the time, these industries were very profitable and customers were very demanding. They paid the highest rates, but they also wanted the weirdest sound design and highest production values.

“That changed over the years and we started attracting international pop artists like RedOne, who produced Lady Gaga. He was looking for a place to work in the Netherlands and liked that place and worked a lot. After Lady Gaga arrived Gaga, a lot of people were like, “Hey, if it’s good enough for them, it’s good enough for me!”

“Martin Garrix then came to the studio and I worked here with him a few times which was great fun. He was looking for a studio and wanted to know if we had any spare rooms he could use. He loved it so much that he ended up saying, “Let’s buy the whole place! And that’s what happened!”

Why do you think he ended up buying the whole establishment?

“It was a long term vision. I think Martin’s team said to him ‘where do you see yourself in a few years? Where do you want to be? On stage or in the studio?’ And he said ‘I want to produce more music and maybe expand my horizons and see if I can produce music for other things, for movies, films, games or whatever. Everything is possible’. And he also wanted a place to bring LA’s pop songwriting culture to the Netherlands, like a creative hub where songwriters can meet and write for artists instead of focusing on the music scene. THE.

“I think he just had a vision and was thinking ahead. You see successful DJs and producers – they buy expensive cars. Martin doesn’t even have a driver’s license and his greatest love is the music and he also wants to boost the talent he signed to his own label STMPD RCRDS.And due to previous experiences he wanted to create a label that offered a fair deal where the artist came first;a studio where letting your talent work was also part of the idea and he also has ambitions to work on other songs, not just his own projects.

What did the studio look like when he bought it?

“It’s funny because when he bought it the original plan was to give it a new paint job and that was it. It was always a place that had a good vibe so it was okay, but when you decide to change one thing, you decide to change something else and then it was like ‘well, what kind of job do we want do here?’ and then ‘well maybe we should change this and try that?’ So it got a little out of control! »

Have any of the original studios remained intact?

“With Studio 3, we kind of left it in its original form because for some reason there’s magic in that room and everyone loves it. Then there’s Studio 1 , which is almost exclusively used by Sony artists, there we changed the acoustics because before it was mainly used for television productions, so there was room for improvement in the absorption of bass, because in music electronics, there is a lot of information in the bass.

And you ended up adding three different rooms?

“These were old storage rooms. There are a lot of people who want to work in a professional environment but it can be expensive for a studio with a Neve card and all the outboards and if you don’t need it and maybe you’re a producer traveling and need a professional place where you can have decent monitors and acoustics, you can work in these rooms for a fraction of the price of other rooms.

“The idea is that you bring your own laptop, plug it in with one cable and you’re fine. You don’t need an engineer to be there all the time, so it’s a lot cheaper.

How long did the conversion take and what was the hardest part?

“I think it was two and a half years. The hardest part was managing the construction and still being open at the same time. All the dust gave us nightmares! The hardest part was the new dubbing stage Dolby which was the hardest to achieve due to Dolby requirements, build limitations and the logistics of getting all the old stuff out and the new stuff in. There were so many details in the design that we had to think about it, c t was therefore the most difficult because we wanted the best result while respecting the budget.

Is it an elephant that we see in Studio 1?

“Yes and we also have a snow leopard. It was Martin’s joke when he was working with this songwriter. He put the snow leopard in his hotel room in the dark, which scared the songwriter when he entered. Then, on Martin’s birthday, Sony Music gave him the elephant. Then it degenerated after that and there are animals everywhere!

Dare we ask how much the conversion costs?

[Laughs} “Actually I think it is a secret, but I don’t know exactly how much anyway!”

Does Martin favour any one room in the complex or does he use them all?

“He used to be in Studio 2 daily, but now spends a lot of time in his home studio. When he is here, though, he likes to use Studio 3 for writing and vocal recording, Studio 4 for guitars and drums and when he’s producing or mixing he uses Studio 2.”

How has the studio done in terms of business since it opened?

“I think it was much better than we expected until coronavirus, which is obviously not a good thing so we’re not as busy as we have been. Some big artists have been here, though, and Martin has also done The Martin Garrix Show on YouTube here.

“We are also divided between music and post production. With the new Dolby Atmos Premier Studio (Studio 8) we didn’t expect to have that many bookings in the first year because films are planned months ahead, but we already have ten films this year, not including trailers and commercials, so it is actually doing pretty well.”

Is the complex all finished now?

“In terms of construction it is finished. In terms of ideas we will never be finished! We are always checking out new software and looking to upgrade the Macs. Things are still hard [because of COVID-19] because a lot of artists aren’t getting any income or just working on new music, but we’re pretty busy with film projects. We’re doing a big feature – a WWII movie, and we’re doing the ADR and the final mix here for it in Dolby Atmos.