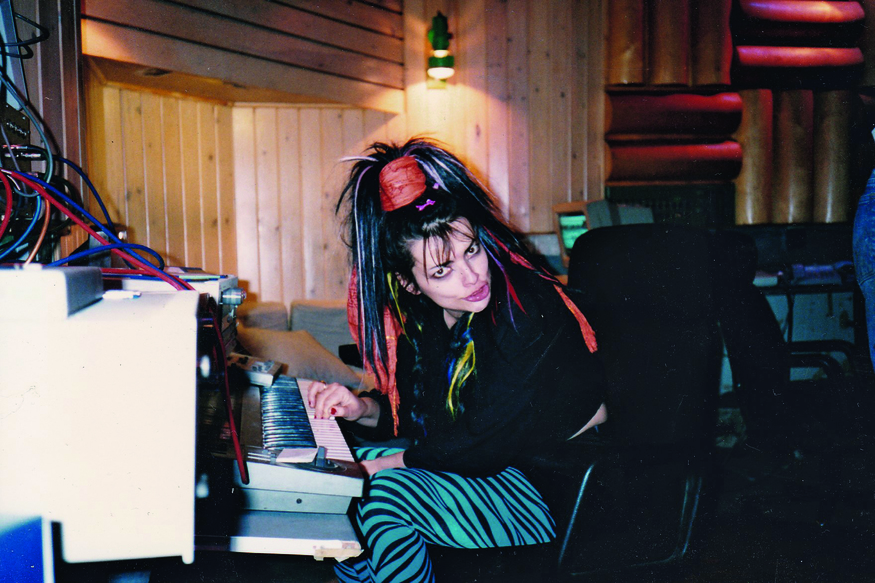 Whether you’ve heard of Eastcote Studios or not, chances are they’ve created some of the music you love.

The studios were established by Chaz Jankel of Ian Dury & The Blockheads, and young musician and engineer Philip Bagenal, in 1980. The duo set up Eastcote in a canalside warehouse in Ladbroke Grove, which once housed Walters Manufacturing Co, an electrical company that made parts for Morse code and telegraph systems. This place was forever destined to be filled with wires and noise.

While other legendary London studios like The Townhouse, Mayfair and Olympic have been abandoned, Eastcote lives on – used and loved today by Arctic Monkeys, Wolf Alice and Adele.

In his book Like Trying To Catch Lightning In A Bottle, producer Martin Terefe looks back on four decades at Eastcote, which he now owns.

Recalling his first visit to the studios, Terefe says, “The place was like an eccentric’s living room…I realized that was exactly what it was…it was one of those spaces magic that instantly make you want to be creative and leave your preconceived ideas behind. I loved. I loved it so much it changed the way I record forever and it would shape my career as a record producer.

The book captures the messy sense of adventure created in the studios, which over the years have accumulated a vast array of musical and recording equipment, some state-of-the-art, some antique.

Terefe interviews engineers, producers and artists who have witnessed (and created) the magic and mayhem firsthand, recalling when Mark E Smith sucked up cocaine on the studio one floor, and when the Depeche Mode frontman David Gahan forgot an 18- month recording session.

Musical experiments, rock n’ roll crises and flashes of genius are all covered, making Like Trying To Catch Lightning In A Bottle a must-read for musos.

Along with its countless anecdotes, the book is peppered with candid photos – many of which haven’t seen the light in years – including the artists at work and performing, and Philip Bagenal and Chaz Jankel keeping things going in behind the scenes.

Eastcote’s more debauched days may be behind it, but Like Trying to Catch Lightning in a Bottle suggests there’s still plenty of life in the old.

Like trying to catch lightning in a bottle by Martin Terefe, published by Thames & Hudson, RRP £35