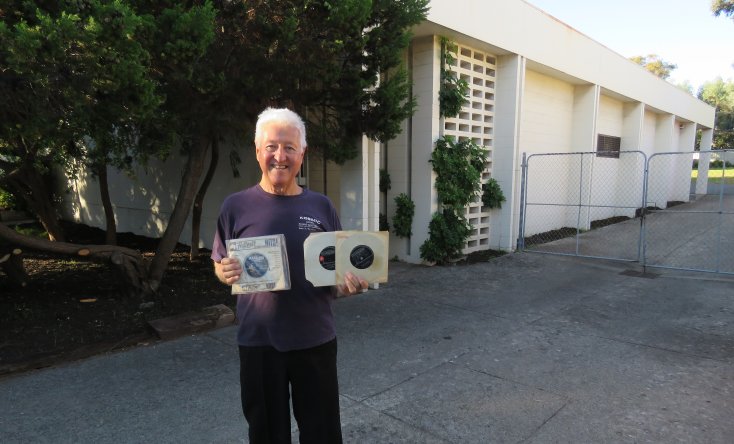 A significant part of WA’s music history was protected after Fremantle Council voted to add the former Martin Clarke Recording Studios in North Fremantle to the local heritage list.

Local bands who have recorded at the studios include Johnny Young, Robbie Snowden, The Birds, The Times, The Troupadores and The Valentines – featuring a young Bon Scott on drums before he rose to international stardom in as AC/DC leader.

Mr Goldsmith said that although the studios only operated for a few years, they were a milestone in the development of WA’s recording industry.

“There were other studios around, but they were in old buildings with rooms set up for you to record in. It was absolutely the first purpose-built recording studio in Perth,” Mr Goldsmith said.

“Martin’s family was quite wealthy and he was really a guy with a passion for recording. He lived for it, and his family had the money to be able to do things like that.

“For the time, it was pretty high-tech. Because Martin had some money, he was able to buy the best equipment, which at the time was an Ampex four-track recorder with a two-inch tape on it. He also bought a lathe so he could cut the vinyl records directly from the tape.

“Having someone like Martin who focused so much on local musicians was fabulous in those days.”

Thompson Road studios are also notable as they were designed by renowned Perth architect Iwan Iwanoff.

Best known for its residential projects, including Martin Clarke’s family home on Glyde Street in Mosman Park, the studios are the only Iwanoff building in Fremantle and represent a rare example of an Iwanoff industrial building.

The City of Fremantle Heritage Assessment Report said the building had considerable aesthetic value as a simple but well-composed example of the work of Iwan Iwanoff and as an idiosyncratic example of the Brutalist style of architecture of the end of the 20th century.

The report also said the building had historical and social value as an example of the light industrial and commercial development that was established in North Fremantle between the 1890s and 1970s.

Inclusion on the City of Fremantle’s heritage list means the studios cannot be demolished and significant features must be retained and retained.