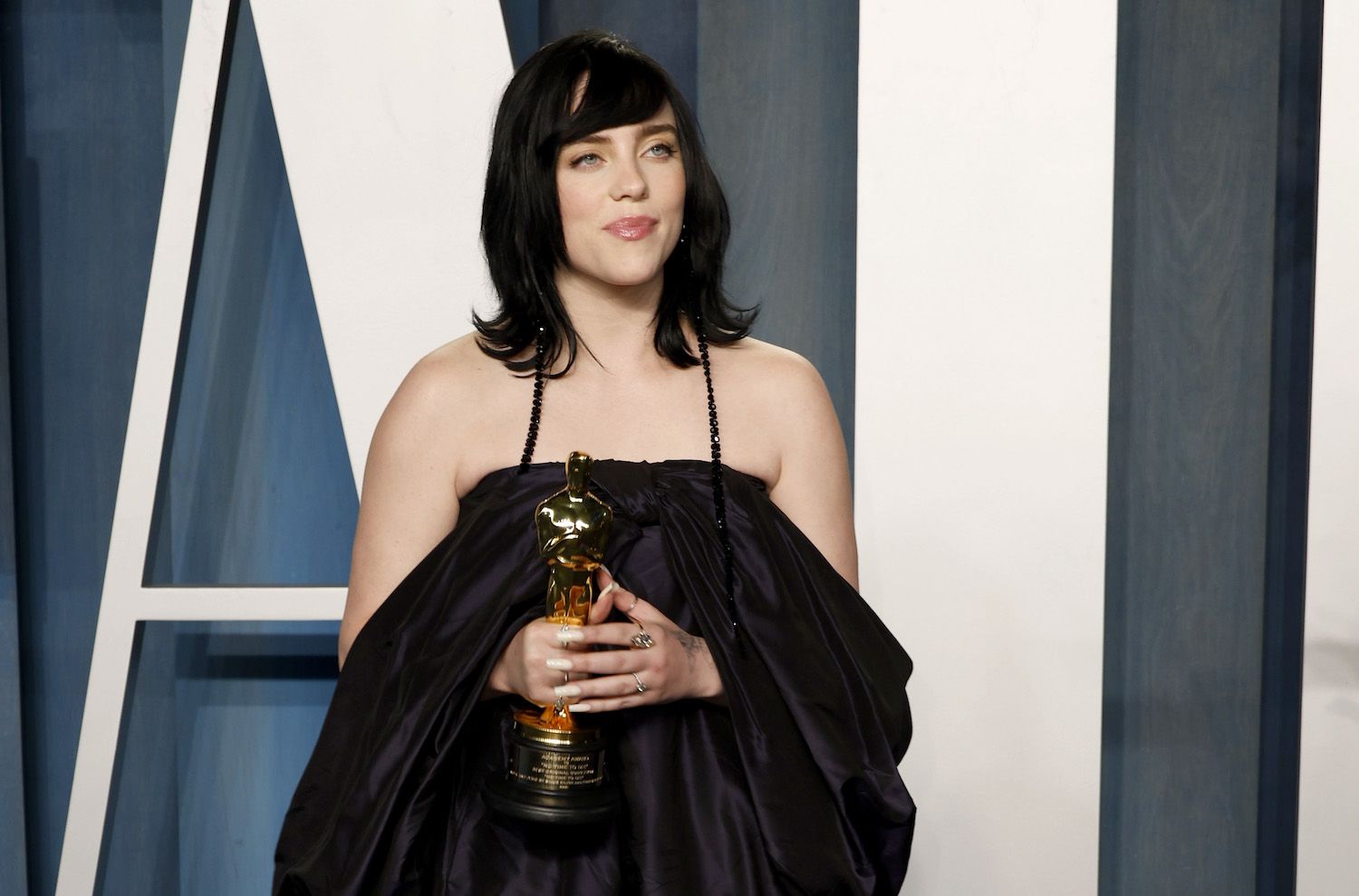 Billie Eilish is the the youngest to win “triple crown” film music awards, according to Guinness World Records.

Eilish, whose full name is Billie Eilish Pirate Baird O’Connell, was born in 2001 and just won the “triple crown” of film music awards – an Oscar, a Golden Globe and a Grammy – for her song ” No Time to Die” in the James Bond film with Daniel Craig, Rami Malek and Léa Seydoux.

According to Guinness World Records “Eilish is also the youngest musician to ever write and record a James Bond theme song, writing and recording the track when she was just 18.”

Although Billie may now hold the title of the youngest person to win this “triple crown”, she is not the only one. In 2014, Adele won all three coveted awards for her James Bond theme ‘Skyfall’. Ryan Bingham, Justin Hurwitz, Hildur Guðnadóttir, John Legend and Hans Zimmer also earned this honor.

In 2019, Billie performed on the main stage at Electric Picnic, a music festival held at Stradbally Estate, County Laois. Addressing a crowd of 57,000 gathered to see the teenage pop sensation, she shouted to the crowd, “I’m part Irish, man… This is my home.”

At the time, she also spoke to Today FM about her Irish connection. She told them: “All my life my parents have told me that, you know, I’m Irish and Scottish and I’m like, ‘Okay, yay!’

“I mean it’s cool but I had nothing to base it on – I’ve never been to Ireland, you know, I really didn’t know anything. And it was really really cool to come here.”

Billie Eilish at the 2020 Grammy Awards.

Born on December 18, 2001, Eilish grew up in Highland Park, Los Angeles. Her mother, Maggie Baird, is an actress and screenwriter, while her father, Patrick O’Connell is an actor. Both of her parents are musicians.

She was homeschooled but joined the Los Angeles Children’s Chorus when she was eight years old. At the age of 11, she began to write songs.

The young girl takes after her brother, Finneas, who already wrote, interpreted and produced his own songs with his group. Over the years, he has written and produced music for various artists, including his younger sister.