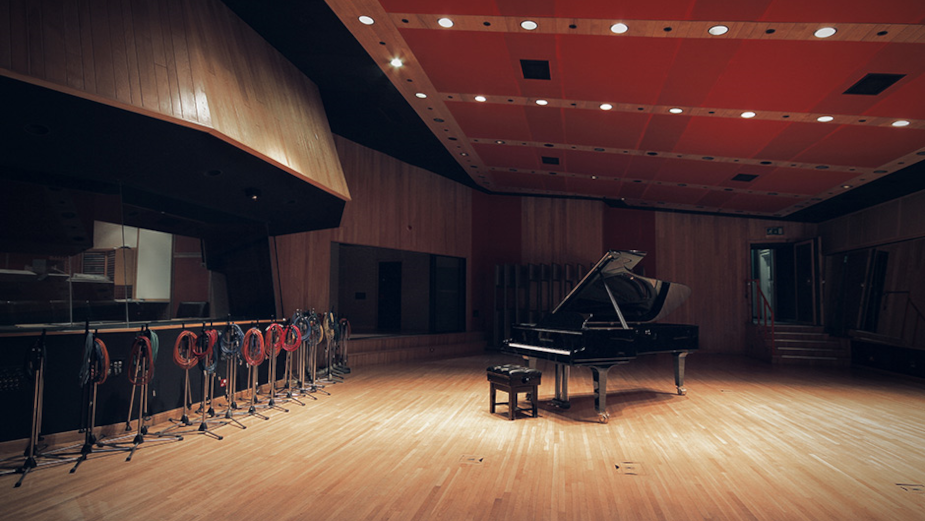 Composing, recording, producing and mixing are the cornerstones of our work at Goldstein. Whether it’s creating a bespoke score for a film, adapting well-known music for advertising, or designing unique sound logos for audio branding projects, the tools at our disposal and the environment in which we work are essential to ensure that we achieve the highest standards. Fortunately, being based in central London, we are rather spoiled for choice when it comes to these criteria.

While instruments and software are at the heart of our work, the studio is home when it comes to making music. As a testament to the rich musical heritage that surrounds us, we’ve compiled a list of some of the best recording studios near our homes and workplaces. Learn more about these supreme audio hotspots in the article below!

No list of London’s top recording studios would be complete without a nod to the world’s most famous.

Established inside what was originally a nine-bedroom house built in 1829, Abbey Road Studios was purchased by the Gramophone Company in 1928 – who opened it as the world’s first recording studio three years later. A few decades later, it was made legendary by the Beatles, who recorded most of their albums there in the 1960s (including the one entitled “Abbey Road”).

It has hosted major artists from all corners in the years since – including The Shadows, Kanye West and Fela Kuti – while some of cinema’s greatest scores have also been captured there. Recording highlights from the latter estate include Howard Shore’s work on Lord of the Rings and John Williams’ scores for the Indiana Jones, Star Wars and Harry Potter franchises.

The Abbey Road Institute (a specialist music production school born out of the expertise developed at Abbey Road Studios), meanwhile, has recently contributed to the revival of one of our favorite recording studios in London: Angel Studios. . The studio was briefly closed in 2019 – but is now due to reopen thanks to the involvement of the Abbey Road Institute.

This was the site of the recording of our arrangement of ‘Favourite Things’, for Sky Cinema’s Christmas TV spot ‘Mother & Daughter’, directed by Ben Liam Jones of Strangelove. As seen in our behind-the-scenes video, which features our founder, Jonathan Goldstein, conducting a 25-piece orchestra, the studio is a state-of-the-art space highly conducive to delicate and dynamic orchestral recordings.

We’re not the only fans of the Grade II listed Islington space (originally built as a Congregational chapel in 1888). Famous artists who have used the studio include Sam Smith, The Cure and One Direction, while scores for The Lion King, Downton Abbey, Planet Earth and the James Bond film Goldeneye have also been recorded there. 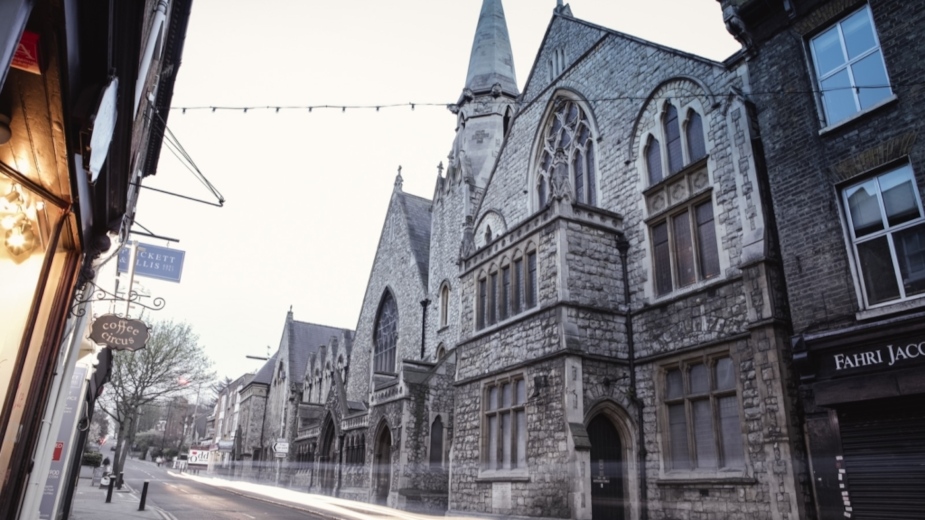 Residents of Crouch End may not know that a renowned music studio with a four-decade history sits right in the middle of the high street. That’s because it’s housed inside a 170-year-old church building, complete with stone walls, stained glass windows and a huge spire – it’s all in disguise.

The Church, as it’s known, is now owned by super-producer Paul Epworth (Adele, Paul McCartney, Coldplay), but its reputation was established long before his tenure. Once occupied by hosts Bob Bura and John Hardwick – the men responsible for TV shows Captain Pugwash and Trumpton – it was converted into a recording space by Eurythmics in the 1980s, who recorded the album ‘Sweet Dreams’ here in 1982.

Artists like Bob Dylan, Radiohead and U2 all completed works there in the years that followed, with artists coveting the Church’s capacity for 30-person choirs and 18-piece string sections to record in the large main studio. 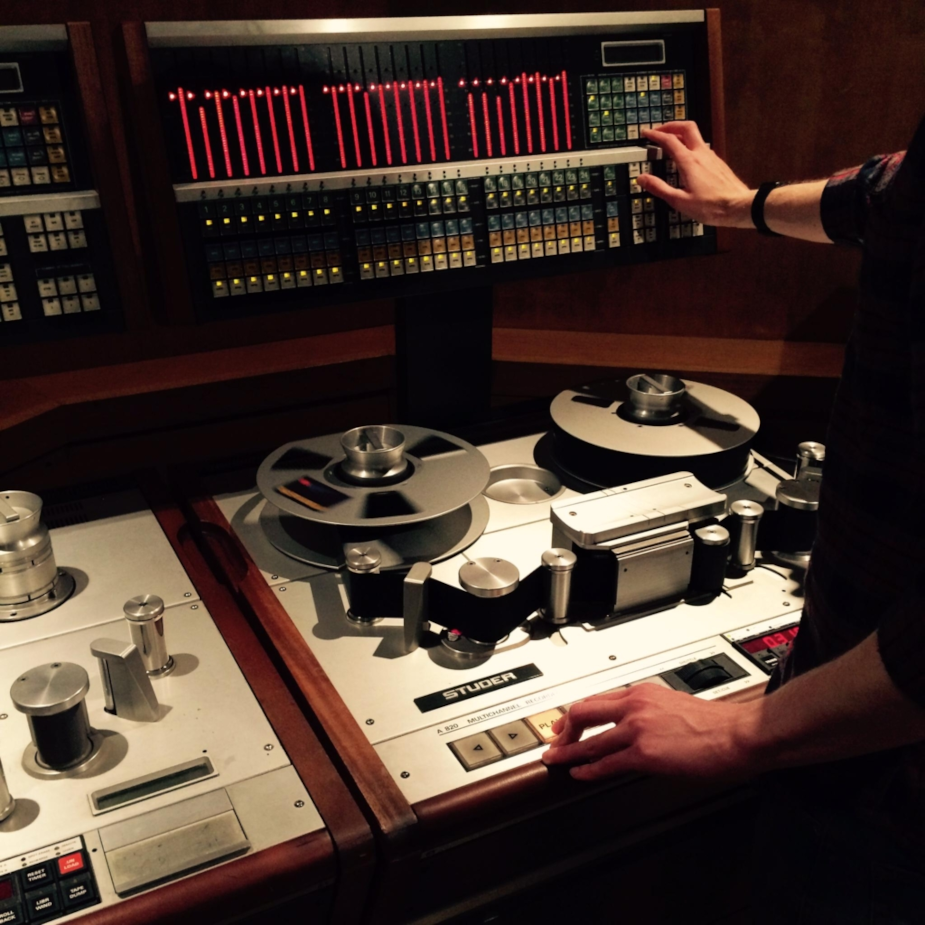 Just up the road from Crouch End is Konk Studios – a more modest local favorite that also has a respectable track record. Founded by members of The Kinks in the early 70s, Konk is unassuming from the outside (it’s housed in a converted Victorian house) – but the space inside is very recording-friendly thanks to its paneled concert hall and its isolation booths.

Konk has enjoyed a prolific history over the past 50 years – with clients including Moby, Nick Cave, The Bee Gees and Afrobeat pioneer Tony Allen. Studio 1’s vintage Neve console, on the other hand, has its own history. Before moving from Utopia Studios to Primrose Hill, he had been put to work on such iconic records as Pink Floyd’s ‘The Wall’ and Heatwave’s ‘Boogie Nights’. 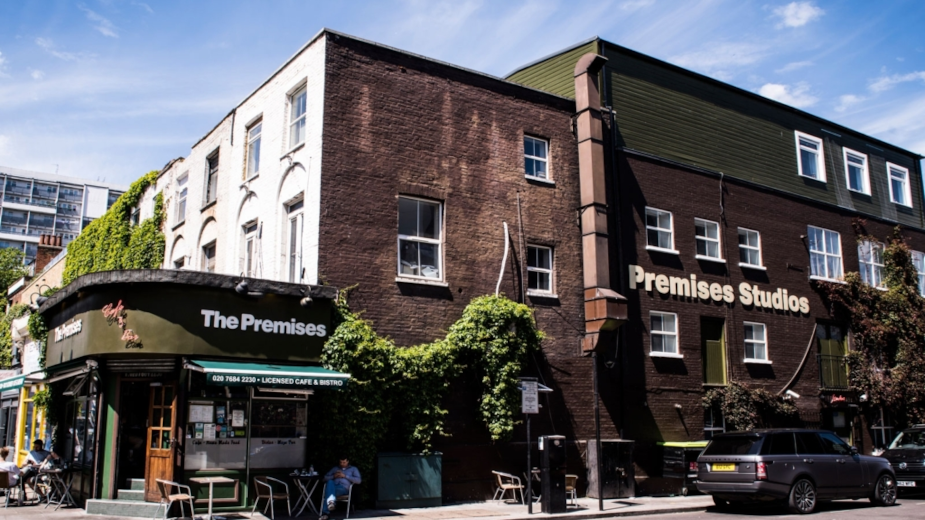 Heading east on Hackney Road, you can’t miss The Premises – it’s the tall building just above the Columbia Road Flower Market, draped in vines with bold white lettering and an army green facade .

Comprising ten commercial rehearsal spaces as well as a mixing studio, The Premises made history in 2007 after opening what is believed to be Europe’s first solar-powered recording space: a acoustic recording. The business culminated in hosting The Premises in Friends of the Earth to lobby the government alongside the Renewable Energy Association in 2008, and in 2011 it won Best Green Business at the awards. annual MusicWeek.

Recording clients include FKA Twigs, Tom Jones, Nina Simone and Portico Quartet – while countless others depend on it as London’s most esteemed rehearsal space.

Goldstein is a full-service music production agency with a rich heritage in advertising, film and television. If you would like to learn more about how music can amplify your project, please contact us at [email protected].