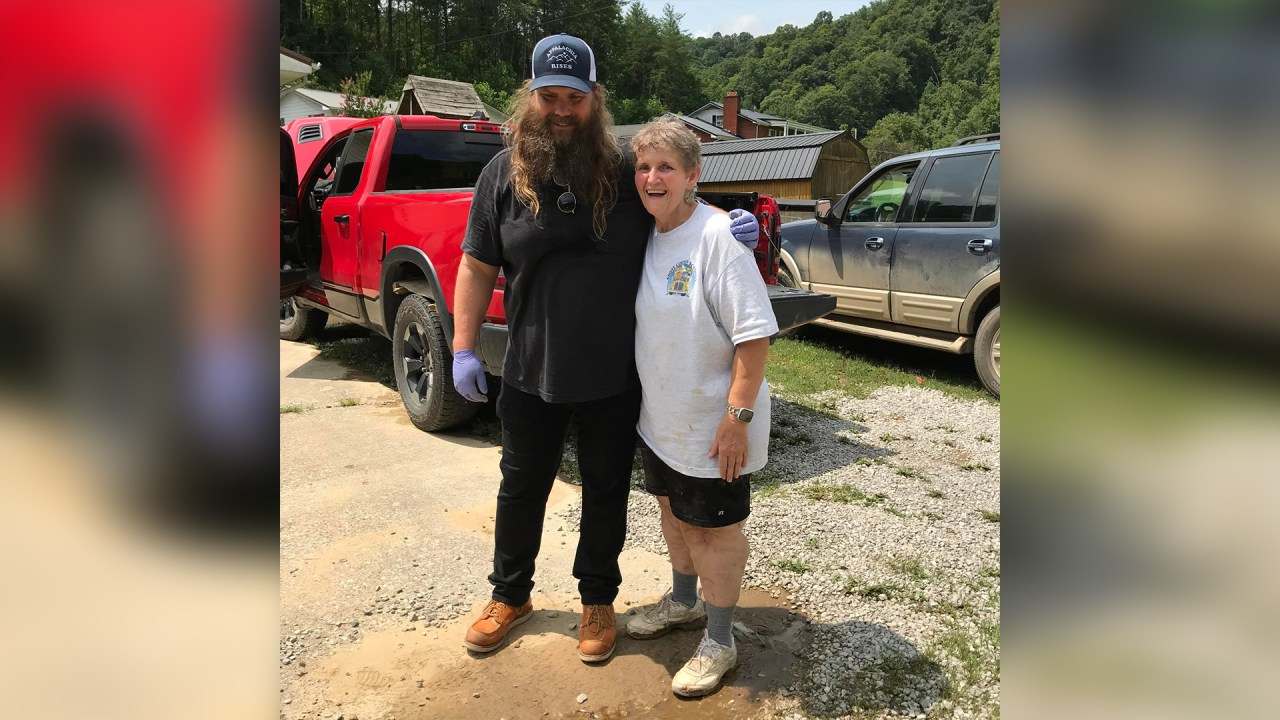 KNOTT COUNTY, KY (WOWK) – Sadness, destruction and tears are almost everywhere you turn after severe flooding in southeast Kentucky, but the kindness of strangers is making people smile.

Maybe some of the smiles are from celebrity sightings. Kentucky’s Chris Stapleton and Tyler Childers were spotted in the area – not performing, but helping out.

From mud-covered streets to businesses to damaged community homes, people have been posting photos with Stapleton and Childers. The residents seem a little surprised, but they are grateful for the help.

Knott County Schools posted photos on Facebook of Stapleton and several local law enforcement officers moving items out of homes in the community. The school system said Stapleton, along with two deputies from the Knott County Sheriff’s Office, a Shelbyville Police Department officer and Josh Richardson, a Kentucky State Police officer, all assisted in the cleanup. floods.

Stapleton also visited the Dairy Queen in Paintsville, Ky., and a distribution center in eastern Kentucky.

Paintsville Dairy Queen employees took to Facebook to express their thanks.

“We had a surprise customer today at our DQ!!! Had to come get him a Footlong and a Blizzard!!! We just want to thank him for being there and helping out all of Eastern Kentucky during this tough times! Chris Stapleton is a class actor and we’re proud he’s from our hometown!! Thank you Chris!!”

Tyler Childers also made several visits to Eastern Kentucky, including to Community Agricultural Nutritional Enterprises, Inc. (CANE), a kitchen that served food to the community on Sunday.

Childers, along with his wife and singer-songwriter, Senora May, and musician Wayne Graham delivered supplies to the kitchen and enjoyed a burger there.

“I know these people didn’t want attention, and I share this hesitantly, but I know how good it felt to look up and see that those we look up to as our heroes and legends present for us. [with] no expectation or desire for attention,” CANE posted on his Facebook page. “Today was just tough, but lots of love and hope in between.”

Additionally, Stapleton established the “Outlaw State of Kind Hometown Fund” to donate money to the Kentucky Red Cross and the Appalachian Crisis Fund for those in need. To donate, click here.