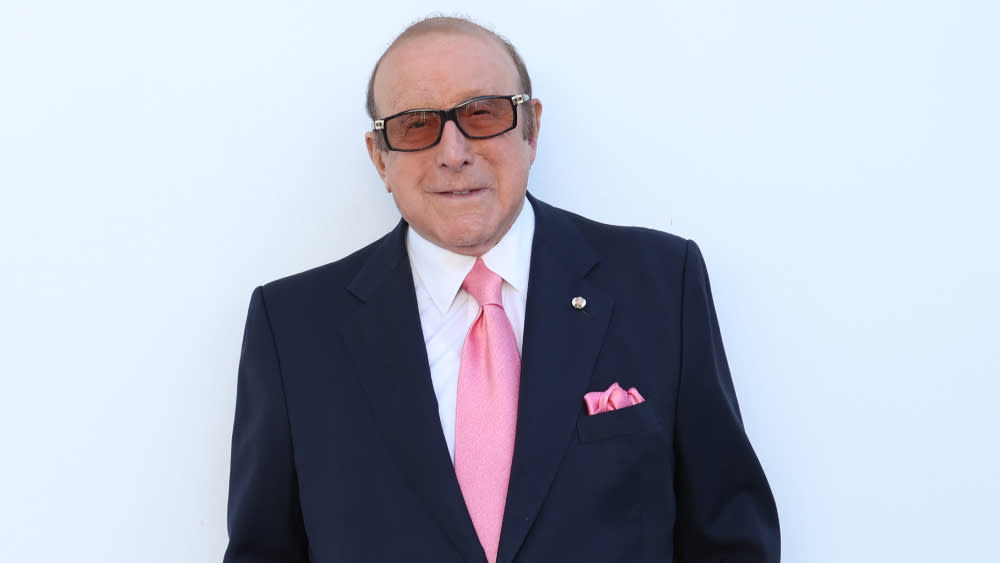 Clive Davis does nothing halfway and his 90th birthday is no exception. Not only will there be a star-studded party tonight at Cipriani in Lower Manhattan, but there’s a four-part series of music and interviews on Paramount Plus culled from last year’s virtual pre-Grammy galas; a Clive Davis gallery with personal items from throughout his career at the Brooklyn location of New York University; an interview on the “Rock & Roll High School With Pete Ganbarg” podcast airing April 14; a talk at 92 St. Y on April 21; and two complete and detailed articles here on Variety.

Featuring two autobiographies, a documentary film and literally thousands of interviews over his 60-plus-year career, Davis’ story – from his childhood in Brooklyn to his early years at Columbia Records, to the founding of ‘Arista and J Records and his current role as Chief Creative Artist at Sony Music – has been well documented, as has the pivotal role he played in the careers of artists ranging from Simon & Garfunkel to Santana, Whitney Houston to Puff Daddy, Aretha Franklin to Alicia Keys and many more. So for the lead article ‘Clive at 90’, we spoke with many of the people who worked for him over the years, creating a rich alternate history of that career, which sheds light on what a great leader, boss and mentor. You can read this article here. But we were also offered an interview with the man himself.

I’ve interviewed Davis a dozen times over the years, and each time the famous proponent of “prep, prep, prep” would ask ahead of time what the interview would cover, and arrived with answers written on a pile of index cards which he pulled from an inside pocket of one of his perfectly tailored suits (which invariably had a pocket square perfectly matching his tie) and delivered answers well thought out and carefully articulated. But this time, to my surprise, he said, “Jem, I haven’t prepared anything, so I’m doing it spontaneously. I’m going to do a monologue for a little bit, if you don’t mind.

We don’t mind! The following is an edited version of this discussion, which dates back to 1965 and includes pearls of wisdom on music, working with talent and presenting it in the best possible light, managing and coaching a team, keeping up with the changing times – and above all, to remain open to other opinions and perspectives.

When I was named head of Columbia Records in 1965, it was a total and unexpected appointment. I had no ambition for this, and it was by chance that I got it. I am forever indebted to [his predecessor] Goddard Lieberson for giving me the job and then somehow letting me do my thing – not that he knew I’d have ears, or that I knew I would have ears.

So imagine Columbia Records back in the day: preeminent in Broadway and classical music, and steeped in some very formidable and successful in-between artists: Andy Williams, Tony Bennett, Barbra Streisand. And the esteemed A&R men who worked with these artists really knew that world. Mitch Miller, who ran A&R before I became company director, never believed in rock. He thought it wouldn’t last.

Yes, they had Bob Dylan, and Simon & Garfunkel had a hit single with “Sounds of Silence.” But before that, they had Aretha Franklin, but they couldn’t find any records that would beat her: the promotion would blame A&R, A&R would blame the promotion and so on.

So with my immersion in the music and my eventual signing of groundbreaking rock artists like Janis Joplin, the Electric Flag, Laura Nyro, Santana, Chicago and Blood Sweat & Tears, I also laid out what we needed for these new artists – a number of new frames. And with these distinct specialties and brand new signings, we had to have a company meeting where all of this would be discussed. It wasn’t just an A&R meeting: I had to have the sales people, the radio promotion people, the marketing people, the press people, the product managers and others to articulate what the possibilities were.

I’ve always stressed the importance of A&R, but it can very easily happen that your A&R staff live in an ivory tower and don’t hear the advice that comes from hands-on promotion experience. A healthy balance between the two was essential: let A&R choose the single, but put it through the promotion’s feedback test. And so these meetings, starting all those years ago at Columbia, would be a very healthy exchange, where every branch of the company would be heard and decisions would be made.

One memory that stands out is when Simon & Garfunkel played their [1970] “Bridge Over Troubled Water” album for me. Paul and Artie thought I would have chosen “Cecilia”, the most obvious single, but I chose “Bridge”. In those days, the major radio stations would never play a record longer than three or three and a half minutes, and it was a five-minute ballad. It was anything but a formula. But from a creative standpoint, sometimes you just can’t settle for a formula.

And only in a meeting like that – where the promotion staff could point out the difficulties, that they couldn’t get that chain or that big station or crossover station – could you spread the word to the promotion: you should do everything you can to show that we know this one is different. And when stations played it, phones blazed at such volume that it wasn’t just a hit record — it was a potential classic.

We also got creative with other artists on Columbia’s roster. We still had these amazing in-between artists. How do you show they could play Madison Square Garden? No promoter wanted to take it over, so I produced a gig at Madison Square Garden with Johnny Mathis, Percy Faith, Vicki Carr and a 40-piece orchestra. And it proved that, yes, 18,000 people would walk into an arena to see these performers. We did the same with classical music – we took over Radio City Music Hall with the New York Philharmonic, the Philadelphia Orchestra and the Cleveland Orchestra with Leonard Bernstein, Eugene Ormandy and George Szell. And when Bill Graham closed the Fillmore East and the Fillmore West [in 1971]that led me to take the Anderson Theater [in New York] and hosting seven nights of concerts, mixing and matching Miles Davis with Bruce Springsteen and New Riders of the Purple Sage.

At Columbia, I had pretty much only signed freelance artists who wrote their own material. But when I started Arista Records [in 1974], I knew I couldn’t do that because the music had changed. On the one hand, there was new wave and punk rock, these brilliantly talented artists, and I wanted them to be part of Arista — Patti Smith, Lou Reed, Graham Parker, Stiff Records — and we even signed [veteran rock acts] like the Kinks and the Grateful Dead. But I wanted us to be a real competitor, and these artists weren’t destined to have multimillion-selling platinum records.

So I hired a whole new A&R team that would help me see if I could sharpen my ears for artists who weren’t writing. We started with Barry Manilow and Melissa Manchester, who needed hit songs to supplement their writing. And then we signed Dionne Warwick, who needed songs in the tradition of those Burt Bacharach and Hal David had written for her. [in the ‘60s]. And finally we did the same for Aretha and Whitney and Taylor Dayne. We invested in A&R for hundreds of songs, then picked the ones we thought were the best – and the best place to test them was at the meeting, because the demos required imagination as to what they could translate.

During these meetings, another method began to take shape. LA Reid and [Kenneth “Babyface” Edmonds] had 19 number-one R&B records, but no number-one pop records. I realized that me and our A&R department were fine – but to really make progress on how the music was evolving and where it was moving, I had to turn to the expertise of others.

And that’s when we funded the LaFace label, which brought us Usher, Toni Braxton, TLC, Pink – the artistry that LA and Babyface provided added to what we were doing at the label Arista. And then when hip-hop started to rise – even though we had original hip-hop [precursor] on Arista with Gil Scott-Heron years before – it made it clear that this was going to be a major part of contemporary music. [Sean “Diddy”/”Puff Daddy” Combs] convinced me that the top 40 was going to embrace hip-hop. It seemed so unlikely at the time, but when he played me Craig Mack’s [1994 hit] “Flava in Ya Ear” and material from Notorious BIG when he was totally unknown, this 21-22 year old clearly saw how music was evolving.

So I brought him to the meeting to express what he said to me, and we signed and funded Bad Boy Records and all marched together to smash “Flava in Ya Ear”, Biggie, 112, Total, Faith Evans. And then we launched Arista Nashville with Tim DuBois and Mike Dungan, and it exploded from the start with Alan Jackson, Brooks & Dunne, Pam Tillis, Diamond Rio, Brad Paisley. That added to LaFace and Bad Boy and what we were doing at Arista with Whitney, Dionne, Aretha and so many others. It was clearly a golden era.

Everything we discussed today was purely empirical, achieved through common sense, a hard work ethic, and a healthy respect for failure. What does it take to be successful? What are the obstacles ? You have to use it, knowing what might stand in your way – and who might draw your attention to something that could educate and develop you.

To this day, I listen to the latest records that reach, say, the top 20 in each genre. I have always made sure not to listen only to what we was doing, and that I was conscious and that I was studying and that I was totally conscious. I have found that many of my peers are stuck in this they are do, and were unprepared for the evolution of music. And you must know it. It was so hard, over the years, to tell an artist who had made hit after hit after hit that the next record had to be different, because the music changed.

You have to be smart. I did and I still do, because I love music.

The best of variety