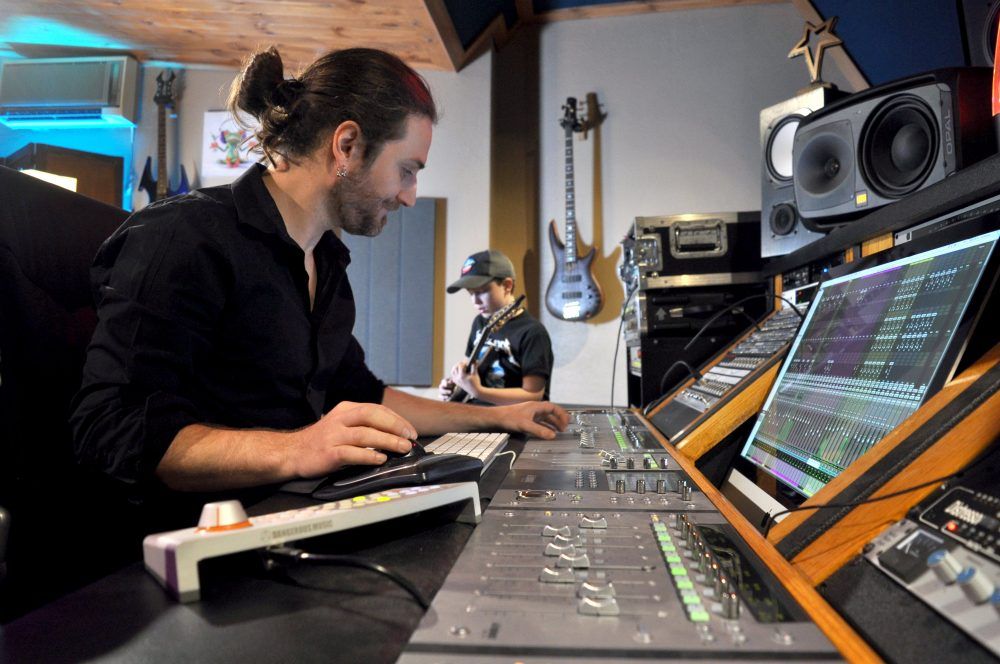 Chronicle: Sound the trumpets! Recording studios among places that can reopen

The reopening of recording studios in Ontario was music to artists’ ears, if a little surprising.

“I was just surprised,” famous London music producer Robert Nation said with a laugh. “Oh, people are really thinking of us. We exist. Not all people record on their iPhone.

For reasons not particularly obvious, recording studios were given the green light to reopen this week, along with places like car dealerships, retail stores and golf courses.

They fell into a category with interactive media, film, television, animation and publishing – including good old-fashioned newsrooms.

People making music have been one of the hardest hit groups during the pandemic – with no end in sight until they can start performing live again.

“It’s probably a smart move because it hits the music business so hard,” Nation, co-owner of EMAC Studios, the city’s largest, said of the decision to allow them to open.

“Even if there isn’t much income for musicians, maybe it will give some kind of incentive or opportunities to make recording material.”

If history teaches us what might happen in life after the pandemic, we can hope to see an explosion of art and creativity emerging from lockdown when artists have had time to dig deep into their creative souls.

Part of that was expressed in stunning online performances that have piled onto the internet to help feed live music fans.

That’s not to say musicians knocked on studio doors this week to get in, like a pandemic first crowd of toilet paper shoppers.

He worked with London freelance artist Ben Heffernan from computer to computer from their basementswith Heffernan recording all vocals and backup vocals for his new single.

Murray said isolating at home isn’t much different from hiding in a studio working alone. “I feel like there are other things in life that I’m harder to deal with than the lack of time in the studio.”

The trick now will be to get everyone back to let that creative energy out – but with physical distancing and limits on how many people can be in the studio at the same time.

This will be difficult for a collaborative industry where there is often sharing of microphones, instruments and control room space.

“Unless a group lives in one household”, there will be issues keeping people two meters apart, Murray said.

Simon Larochette of the sugar shack recording studio ponders how it will work in his small, intimate studio. “I don’t think I could maintain proper distancing guidelines with more than two or three clients,” he said.

He was impressed with online artistry and music finding new audiences. He was also able to work, mix at home, and have at least one musician record vocals and send them to him via computer so he could complete a project.

It will be a slow process of coming back. It won’t be up to the government to say when the music is done, “but when things fully reopen will be determined by people’s fear and stress and the complex set of arguments that go with it,” Larochette said.

Nation said he too was working alone to mix after a pre-lockdown rush. He has a few projects to finish, one in collaboration with Toronto producer Moe Berg and the other an album by punk band Bleeter.

He sees new music on the horizon that will probe the artists recent perspective – perhaps thoughts on the environment, consumerism, isolation and how life has changed in two months.

“I think it can only be positive from an artistic point of view,” he said.

Sign up to receive a curated collection of links and highlights from our award-winning news coverage, in-depth analysis and unrivaled weekday noon investigative features.

A welcome email is on its way. If you don’t see it, please check your spam folder.

The next issue of LFP Noon News Roundup will soon be in your inbox.

We encountered a problem during your registration. Try Again