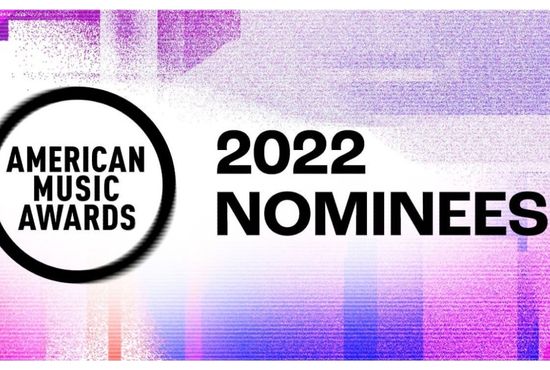 Two newcomers to contemporary Christian music are among the nominees for the 2022 American Music Awards.

On Thursday, Katy Nichole, 22, and Anne Wilson, 20, were nominated for an American Music Award for Favorite Inspirational Artist of the Year. Alongside them are For King and Country, Matthew West and Phil Wickham. The two Christian artists are referred to as “newcomers” to the industry as they have just made their debut.

Katy Nichole tops the CCM charts with her song “In the name of Jesus (God of the possible)” earlier this year. She is releasing her first extended play album titled “Katy Nichole” just this summer. She expressed her gratitude for the nomination in an Instagram post.

“It’s unreal. What an honor to be nominated for the AMAs,” she wrote on Instagram. “I am incredibly grateful and could never have imagined this in my wildest dreams.” 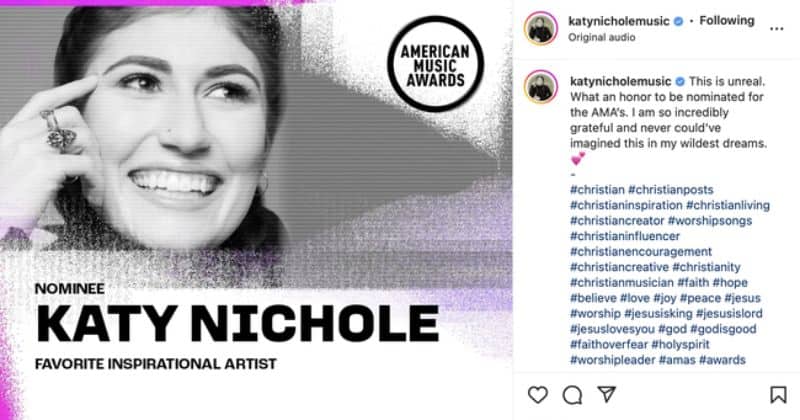 Song by Anne Wilson “My Jesus” topped the charts when it was released in April 2021. She credited God’s Grace for the nomination in a Twitter post.

“I’m incredibly honored to be nominated for Favorite Inspirational Artist at the @AMAs this year!!!” Anne wrote on Twitter. “It has been amazing to have you all taken on this journey with me, you are the reason I can share his grace and love, and I couldn’t be more grateful.” 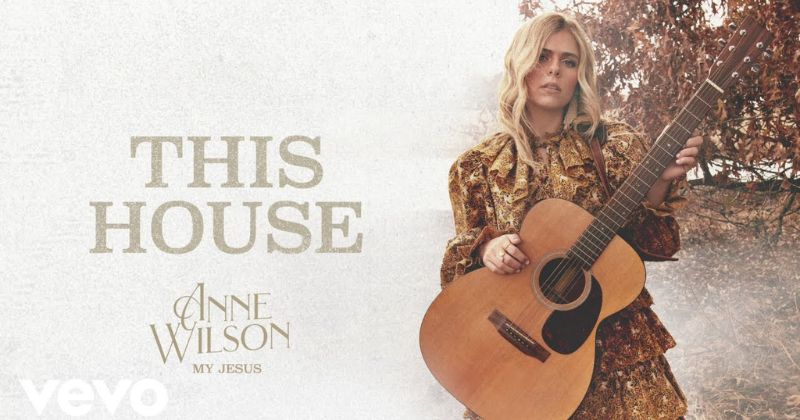 This year’s American Music Awards nomination is “based on key fan interactions — as evidenced by Billboard charts — including streaming, album sales, song sales, and radio airplay,” according to A press release. Fans can vote on the AMA’s website. The awards show will take place live on Sunday, November 20 at 8:00 p.m. ET.

Also read: HOW LUKE BRYAN FOUND COMFORT IN GOD AFTER THREE TRAGEDIES IN HIS FAMILY

Get closer to God daily by getting exclusive video teachings on God today!
Read God’s Word to you today right from your phone. Download the Daily Word app now at google play and App store
Reference: Christian titles

Start your day with God and the GOD TV team. Get a daily 2-3 minute devotional and encouragement video straight to your inbox.

2022-10-18
Previous Post: Shenseea among first-time nominees for 2022 MTV Europe Music Awards
Next Post: Transgender and Non-Binary Artists You Should Know in Honor of LGBTQ+ History Month