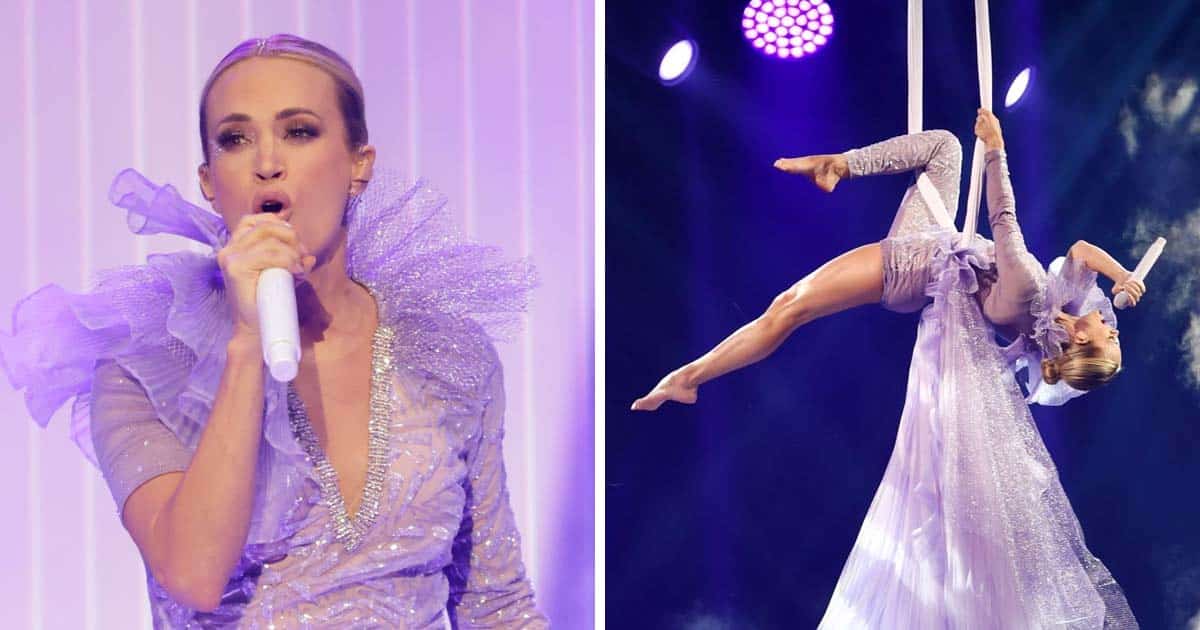 Carrie Underwood really knows how to steal the show! At the 2022 CMT Music Awards on Monday night, April 11, the country queen and eight-time Grammy Award winner killed the stage with a never-before-seen performance for her current track “Ghost Story.”

Kelsea Ballerini, who hosted the show from home after testing positive for COVID-19, touted Underwood as an artist who has won the most CMT Music Awards in history and teased audiences about a performance in boom that is about to happen.

Carrie Underwood then took the audience to new heights

In a pre-recorded clip, Carrie Underwood dazzled in a shimmering lavender bodysuit with tulle detailing. She was joined by a whole troupe of acrobatic dancers performing an aerial silk routine as she sang her brand new country pop ballad ‘Ghost Story’ from her forthcoming album, Denim & Rhinestones.

Then the audience got the surprise of a lifetime when the country star took to the skies on her very own set of silks. She sang the last part of the song while doing a great aerial routine. The crowd quickly erupted in joy as they watched Underwood deliver a powerful and pitch-perfect finale to his emotional ballad.

The recently filmed video was actually taken at the Resorts World Theater in Las Vegas, where Underwood has a residence there.

In the meantime, this year CMT Music Awards was broadcast live from its brand new location, the historic Municipal Auditorium. In addition to Ballerini, Kane Brown and Anthony Mackie were also tapped to host the show.

Either way, be sure to check out Carrie Underwood’s performance in the video below; it was just amazing.