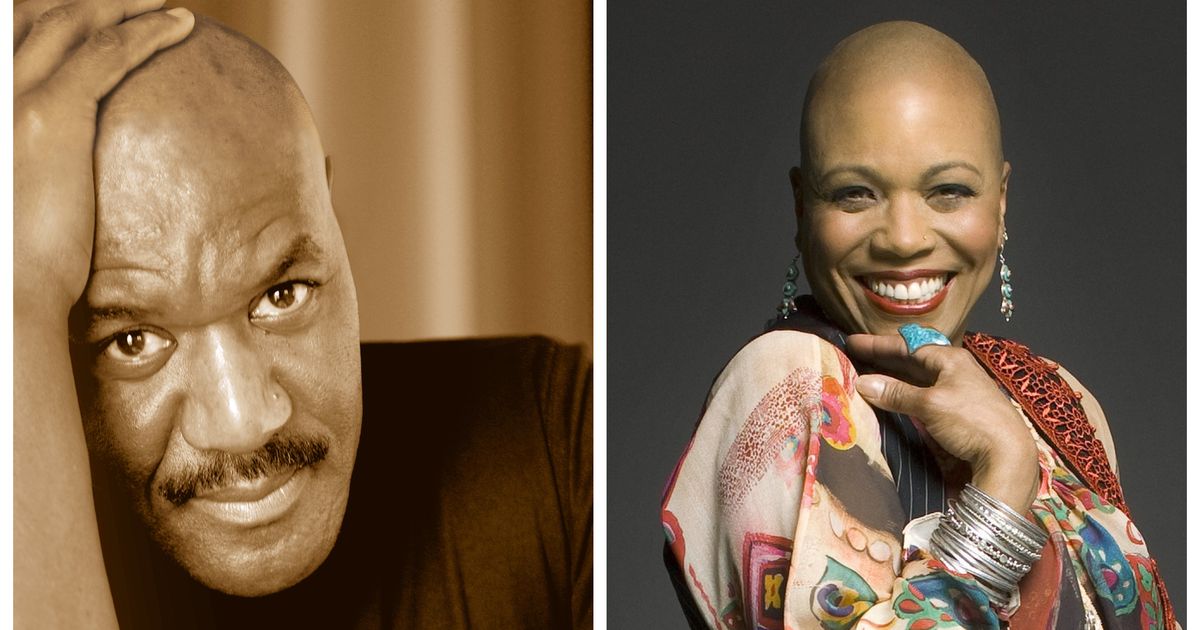 Q: What inspired you to create the Jazz Music Awards?

A: It was a noble idea, to see jazz musicians honored on stage like other award ceremonies. I watch all the awards shows, Grammys, Tonys, hip-hop and country shows; I love the fanfare of it all. Artists know there will be a wonderful event where they can all come together and celebrate their genre. As a public radio executive for 28 years here in Atlanta, and before that in Baltimore, those two things resonated in my mind, and I didn’t see that for jazz.

I had instituted a jazz legacy award at our station about 15 years ago. We would honor musicians at an annual benefit night: Herbie Hancock, George Benson, Freddy Cole. We also honored the High Museum of Art, which has visibly contributed to jazz, pushing the genre forward. They had been our partner for a while, for 10 years sponsoring our Friday jazz programming. We wanted to recognize the people who help move jazz forward, elevate it and sustain it.

Q: How did you go from a “nice idea” to a real rewards program?

A: It still wasn’t happening in 2020 and then there was this long break with COVID. I realized how musicians and venues around the world had a huge impact, a deafening silence. When we got back to work, I started talking to Dave Linton, our program director, and he introduced me to Rushion McDonald, the producer behind the Neighborhood Awards and early Steve Harvey hits. We asked Rushion if he wanted to work with us and he said yes.

We started building a strategy in February 2021, including a lot of the initial groundwork, like trademark searches, progressing bit by bit. We brought in our lead jazz awards consultant, Gwendolyn Quinn, a public relations expert who helped us put together an application and music submission system. Over the next year, we received 327 entries from around the world for eight competitive categories: Best Mainstream Artist; best contemporary artist; best duo, group or big band; best new jazz artist; better vocal performance; best mainstream album; best contemporary album; and song of the year. That was the first really good sign that we were on the right track, all those submissions.

Q: How did you spread the word to all these musicians?

A: Our assistant station manager, Eugenia Ricks, contacted the record companies. Arts and entertainment writer Ray Cornelius sent press releases to Billboard and other music outlets. James Locklin, WCLK’s Corporate Sales Director, and Shed Jackson, our Head of Global Marketing, were on the team, and then we added three-time Grammy-winning Terri Lyne Carrington as Music Director. . This completed the core team. We have had team meetings at least twice a week since the initial group met in February 2021.

Q: I understand that you are keeping the names of the winners secret until the evening of the show. But can you tell us how they were selected?

A: We had to come up with a voting platform. They had to be musicians, composers, educators, radio people, magazine journalists. But not the record companies; we didn’t want them pushing their people. We ended up with 28 judges and by June 30 we had our nominees for all eight competitive categories. For the second round, a completely different panel of about a dozen judges received the names of the nominees and the musical selections they had submitted, and they chose the winners. And for our awards of distinction, we had six judges, also renowned scholars and creators. Our original team selected McCoy Tyner to receive the Jazz Legend Award.

Q: You’ve assembled quite a strong cast of performers for the show under Carrington’s direction: Dianne Reeves, Kenny Garrett, Ledisi, Lindsey Webster, Brian Bromberg, Jazzmeia Horn, hosted by Dee Dee Bridgewater and Delroy Lindo, an opening by The Baylor Project and a closing by Lizz Wright. And more.

A: Yes, we want this to be known not just as a rewards program, but as a concert with rewards.

Q: How did the audience react?

A: The reception was slow. Maybe people don’t understand what a jazz awards show is, what we do, a concert with awards. It was hard to find sponsors, get out of COVID and they weren’t sure what they were getting, biggest night for jazz when it comes to celebrating the genre. We need to go through the launch and make the show happen, then touch every corner, every local, regional, national and global jazz musician with a project worthy of submission. And to involve other creators and academics as judges. Clark University shares this vision.

Q: What is the plan after October 22, i.e. the future of the Jazz Music Awards?

A: We want to build on the success of this show. You will see nine great performances by artists at the top of the jazz charts, a main stage, a public spectacle of musicians who satisfied the public and performed in front of hundreds of thousands of people and are now here on our stage, performing and being honored.

Our goal is to elevate art to be recognized like other art forms. Jazz is American art and there was no award ceremony for our genre. Our hope is to elevate the Jazz Music Awards to the status of a television show like other major awards ceremonies.

ArtsATL (www.artsatl.org), is a non-profit organization that plays a vital role in educating and informing the public about the arts and culture of the metro Atlanta area. Founded in 2009, ArtsATL’s goal is to help build a sustainable arts community contributing to the economic and cultural health of the city.

If you have any questions about this or other partnerships, please contact Senior Director of Partnerships Nicole Williams at [email protected].