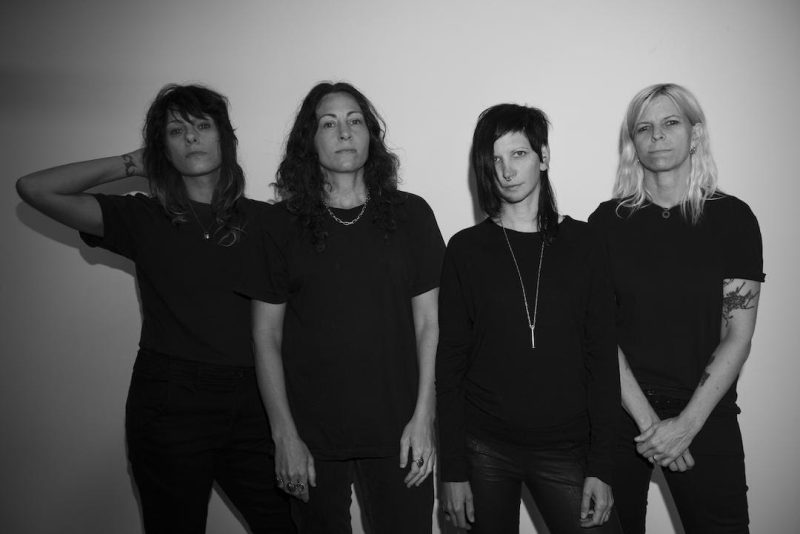 Agender, the Los Angeles quartet, cooks up the kind of ravishing, restless post-punk that’s not for the faint-hearted. Describing themselves as creators of “schizo, synthetic, paranoid” music, their songs juggle feelings of existential dread and a powerful “fetishism of femininity”. Originally the solo project of Australian singer-songwriter Romy Hoffman, Agender eventually grew to include the talents of bassist Cristy Michel, drummer Christy Greenwood and Sara Rivas on synths.

Their first album as a collective was released in 2014 as Bindings, around the same time, the band began to build a reputation for high-energy punk shows. And with songs like the maniacal “Mani Pedi” and the sprinting synth “Modern Lovers”, Agender emerged at the fascinating intersection of a post-punk but electronica-tinged sound.

Seven years after the release of Bindings and the group is invigorated prepares to unveil no nostalgia, the next chapter in the raucous history of Agender. Promising to be more satirical in nature, inspired by everything from the French Situationist movement to Wire and Buzzcocks, the album ambitiously attempts to rid the world of the nostalgia that plagues the world around us.

On one of the first singles from the upcoming album, “Preach,” a cavernous soundscape is filled with a cacophony of guitars and drums – a mirror that Hoffman and company hold up to reflect the rage and frustration so inherent in today’s world. On the album’s title track “No Nostalgia” – Agender unleashes the disc’s terrible but enticing ethos, combining dreamy synths and haunting lullaby-like lyricism. The video for the song is just as much a journey, both serving as an unbridled introduction to what no nostalgia and Agender await fans in 2022.

Keep an eye out for Agenda’s new album no nostalgia coming Spring 2022. Visit the Agenda website, Twitter, and Instagram to stay up to date with new releases and tour announcements. Follow Agenda on Spotify.