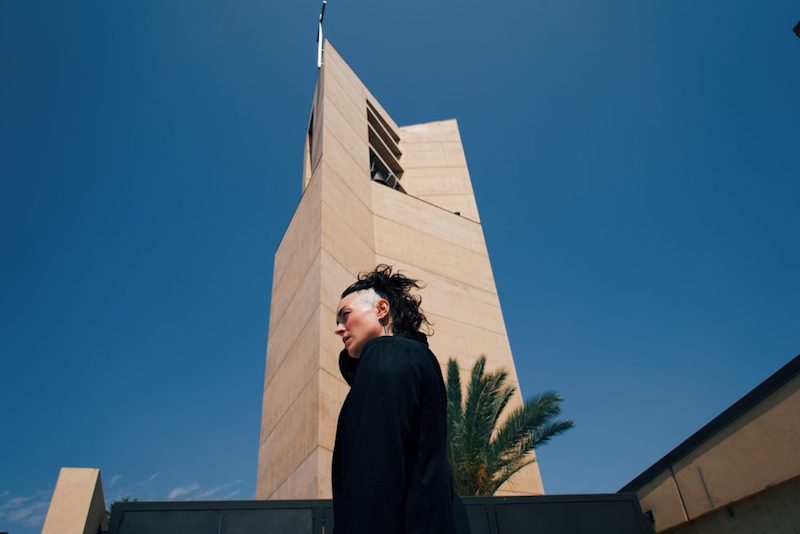 Like many artists during the pandemic facing quarantine, Los Angeles-based Torii Wolf has found the energy quite prolific. Over the course of 2020, they released 20 stunning singles/tracks which increasingly revealed the eclectic talents behind the singer/songwriter’s genre songs. But it’s Wolf’s apathetic collaborative spirit that shines through their music as much as the deeply touching collisions of emotion and sound that unfold within them.

Other LA artists like electron black (producer/composer/guitarist), AV the man (producer/songwriter), and the forward-thinking talents of Rumori were frequent presences on many of Wolf’s singles released in the last year. They expand Wolf’s already multi-dimensional music, offering a prismatic look at the visceral refractions of feeling their ecstatic vocals bring to life.

If it wasn’t quite a busy year for Wolf, 2021 turned out to be even more exciting. Their hit track “shoulda coulda woulda” featuring Young Saab and Deem Spencer, followed by the release of Wolf’s next collection of songs in ten billion years has only cemented the artist’s status as one of the most exciting and talented artists to emerge in recent years. From the moving meandering of scattered drums and dynamic guitar lines that vibrate warmly under the glowing cries of Wolf on “Colors,” to the frenzied rhythms of “No one knows but me” the EP is a testament to Wolf’s spellbinding and thrilling creations. But if you thought they’d stop at just one EP, you don’t know Wolf – with Fantastic Parade arrived last month. Opening track “Unbreakable” and its title track are absolute standouts but in reality the whole EP is lush and ethereal.

Torii Wolf shows few signs of slowing down even as 2022 approaches, with plans to release another EP in the form of ancient flame. It’s also good news for fans who adore Wolf’s spectacular music videos, as the artist will be releasing a bunch of stunning visuals for their upcoming projects. The first one “Safe Word” will be released on February 4, along with another in “Executioner” will be released on March 11, before releasing the full EP on April 1. But Wolf also plans to release a two-piece EP which will be produced by Alex Newport (Mars Volta, Death Cab for Cutie) and mixed by John Greenham Mai. Which means, fingers crossed, you’ll also have a chance of catching Wolf on the road. And given their jaw-dropping set at Resident last summer, you won’t want to blame yourself for missing this stunning artist and performer on stage.

“I worked like a polar bear on tons of new music, music that I love. And I’ve collaborated with a ton of extremely talented and passionate people. I’m so so excited to share.