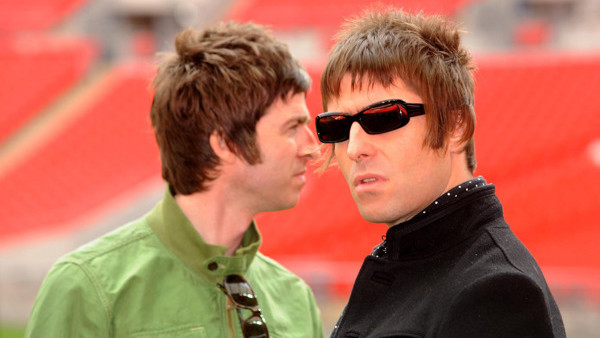 10 Musical Artists Who Absolutely Hate Each Other

The music industry is not necessarily a place to make friends. Although you sometimes have two musicians click right off the bat, the concept of keeping the spirit of collaboration together can feel like a marriage between two musicians. If it was a musical marriage, these people would be doomed to divorce before they even finished their vows.

Aside from the volatility you find in most divas, these musicians have been getting downright hostile towards their counterparts for years now. While most of this stuff tends to come down to business at the end of the day, there are a few musicians who have more than a chip on their shoulder from the company they have in their music scene or elsewhere. Whether or not they were in a band together, things managed to get hostile offstage as well, with some of them even getting into real fights when the cameras stopped rolling.

Even though people have been able to bottle up their aggression since their time in the music industry, you don’t often see that kind of mainstream hate being dismissed so frequently. While each of these artists deserves a place in history in their own right, you might want to keep them away from each other if they cross paths.

When you’re in a band with a lot of egos, things are already trying before you even play a musical note. Even if you’re all on good terms, there’s often a fine line between constructive criticism and showing your holier-than-you attitude a little too much. So… amplify that times 5 and you get the harshness of what John Lennon and Paul McCartney had in the late 60’s.

While still an admirer of each other’s material, these two men’s artistic mindset was practically on life support by the time the Beatles shut it down. Since Lennon turned to crafty rock with Yoko Ono, McCartney began to sound more and more like a dictator between recording sessions, which was a bit too detailed in the film Let It Be. Although Abbey Road was the final grade most of us expected from the Fabs, the next few years would be truly shaky for our Liverpool lads.

Battling each other in song, most of Lennon and McCartney’s early deals featured jabs at each other, from McCartney calling out Lennon’s position as attorney on Too Many People to Lennon the taking to task for dictating on How Do You Sleep?. Then again, the late 70s showed them at least in better shape before Lennon was killed off in the early 80s. Even if those guys had nothing nice to say to each other, it’s good to know that there was no bad blood taken to the grave.