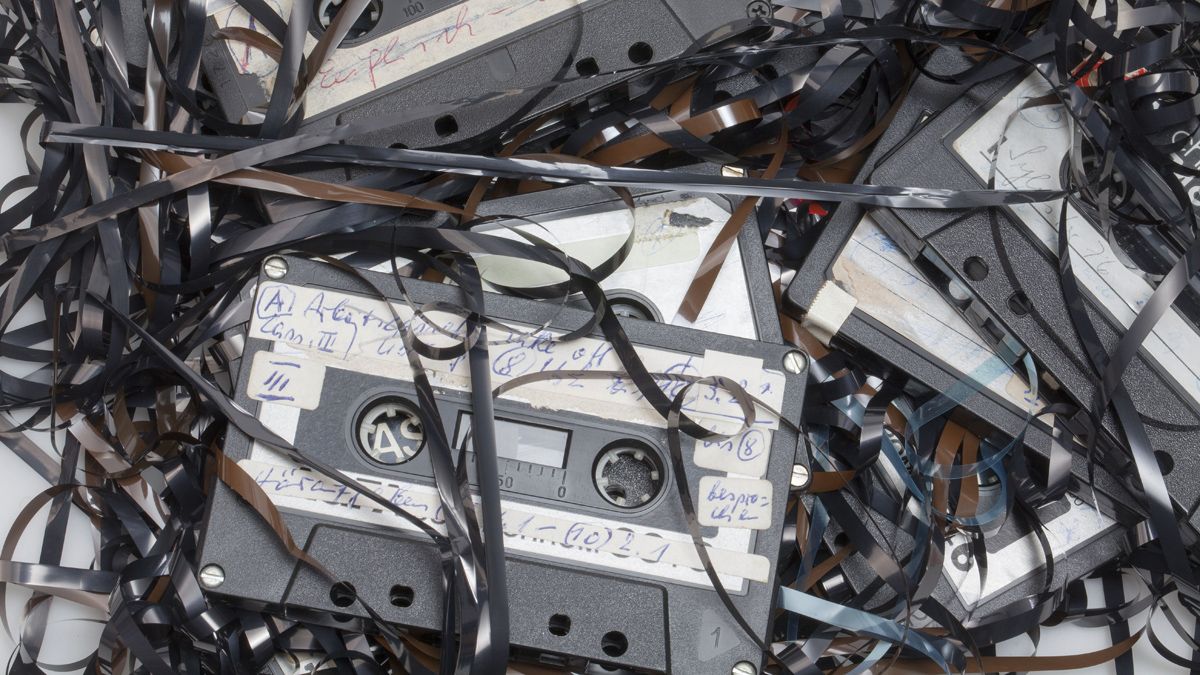 Modern musicians, engineers, and producers are truly a fan of vintage gear. From old analog synthesizers with drifting oscillators to archaic tube processors that almost reek of hot dust and dry capacitors, bottling up the past is big business. Long-dead names have been resurrected to sell us recreations of legendary designs – some surprisingly accurate, others bearing only a passing resemblance to those that once inspired our heroes.

And we eat it. Bakelite is back and low-profile devices are dominating discussions among audio aficionados. And why not? Vintage designs provide an instant and easy path to rediscovering the sounds of the records we grew up with, and it gives us a sense of accomplishment.

Still, those of us who have been in the game long enough to remember when this stuff was new can tell a different story. Ours is a story of scratchy pans, misaligned tape recorders, and constant concessions to the limited technology of the day. Oh, don’t worry, we don’t dispute that all that old hardware is cool – just optional! The pre-DAW studio was full of perils that the modern producer will only ever suffer by choice.

The following are our ten most frustrating aspects of working in the pre-DAW studio. Space requires a truncated list – we could have easily doubled its number, as could any of the more seasoned readers among you, so feel free to make your own additions to our own catches of doom.

It still amazes us that there are electronic musicians today who have never used a real MIDI cable. These days, MIDI data is often transmitted via USB or – gasp! – wireless rather than via the once ubiquitous 5-pin DIN cable. An electronic instrumentalist may never need to purchase more than one USB cable.

The need for audio cables has also diminished with tasks that once required racks full of processors now taking place inside the DAW. Although microphone and instrument cables are still necessary for recording live performances, the office engineer can avoid all the tangled mess if he wishes.

What a noise we made – even when we didn’t mean to! We’ve spent a ridiculous amount of the pre-DAW era chasing noise issues. Noises of all kinds tormented our studios. Every cable, every connection, every device was suspicious. There wasn’t a link in the signal chain that didn’t add unwanted noise. Band noise, mains hum and even occasional radio interference as cables of questionable quality could act as a very large antenna. The noise gate was a must and even that added some noise!

Having everything in the box means less noisy equipment and less wiring. Less wiring means less chance of a poorly shielded cable fouling things up. When noise appears, we can suppress it with noise reduction software that would have seemed miraculous to engineers of years past.

24-bit recording isn’t considered terribly glamorous – most of us take it for granted – but it does allow for dynamic range that old-timers like us could only dream of in the pre-DAW era.

Back then, it was a constant struggle to maintain a balance between noisy floors and low margin. Quiet signals could sink into the murky haze of tape hiss while loud signals could overload some or all of the inputs en route to the recorder.

Thanks to the headroom allowed by modern 24-bit interfaces, today’s recorders can record signals at much lower levels and process them afterwards without fear of increasing the noise floor.

4. Crawl behind the racks

Oh the joy and simplicity of the virtual rack! No fuss, no hassle, and there’s never a shortage of space for more treats.

It wasn’t always so convenient. Studio owners of yore spent an inordinate amount of time hunkered down behind their studio shelves, flashlight in hand. Each new piece of equipment meant crawling behind the rack. Selling an old, obsolete gubbin? Get behind the rack. Pulling a unit for service and maintenance? Behind the rack you go. Heaven help you if you were a lowly intern at a large institution! Nobody ever suggested that knee pads were studio kit essentials.

As any vintage synthesizer enthusiast knows, tuning stability is a modern luxury. Yes, you can speak poetically of the “fat” Moog sound with its drifting oscillators, but while such traits might be a desirable feature in today’s clinical recording environment, at the time, c was all we had and frankly it sucked. Thanks to the introduction of digitally controlled oscillators and, eventually, the software synthesizer, tuning quirks are an artistic choice.

It’s not just the synths that have improved. Modern pitch correction tools such as Auto-Tune and Melodyne can transform the wayward notes of any audio recording into pitch, saving both the engineer and the client time and money. Of course, these tools can be abused, but they give us a choice, and isn’t it better to make choices than to tolerate concessions?

How much maintenance does your DAW-based studio require? The occasional disk backup and defragmentation? Yearly (usually optional) operating system and software upgrades? Heck, most of this stuff can be done automatically in the background. You can possibly go months or even years without actively performing major maintenance.

This is not the case in the pre-DAW studio. You might not even make it for weeks or days. The tape recorders required maintenance per session and the external hardware was prone to all sorts of failures. Serious studio owners had service technicians on the speed dial or even on staff to make sure the equipment was always operational. This was especially necessary if you had vintage kit in your racks. It was time consuming and ridiculously expensive.

7. The smell of iron oxide

Elsewhere, we’ve wistfully reminisced about the joys of working with duct tape. And while we still appreciate its many quirks and qualities, there’s a lot about it that we’d gladly overlook.

We’ve devoted an entire entry to cost, so let’s skip that bit for now. Instead, we’ll turn our jaded gaze to the practical hassles of using tape, like an unsuitable bias between decks. How about misaligned heads? Or the “thrill” of waving that damned demagnetizer wand overhead, hoping its powerful magnetic field doesn’t annoy other equipment or corrupt any magnetic media that might be around the studio.

And there was the problem of “sticky syndrome” that afflicted entire stocks of tapes made by Ampex, Scotch/3M and others. We didn’t know it at the time, but these companies coated their product with binders that could eventually break down, releasing the magnetized iron oxide that contained our precious recordings. Recordings made on these tapes can now only be (temporarily) recovered by baking them in an oven. Ugh.

$55 less tax. That’s what a spool of Ampex 456 ½ inch cost when we booked our first recording session. It was a lot of money back then – damn it, it’s a lot of money today! And for that princely sum, one could manage just over 20 minutes of recording – roughly one side of an album, assuming no tape was wasted. If we were really very frugal, we could double the available time by halving the number of tracks and cramming, say, two four-track projects side-by-side onto an eight-track machine.

And that was the economical option. Larger facilities offered 1-inch and 2-inch turntables, with tape prices (and hourly rates) far beyond the means of all but the wealthy or label-sponsored. Is it any wonder that so many of us tolerated the vastly inferior sound quality of the Portastudio cassette?

9. The cost of everything

Our very first paid recording session took place in a bedroom studio. Our songs were recorded on 1/2 inch tape threaded through an 8 track turntable that cost as much as a decent used car at the time.

The microphone was a cardioid-only dynamic affair – affordable large-diaphragm condensers were still over a decade away. At the mix, we moved the aux sends from the mixer to a pair of Alesis Quadraverbs – some of the only affordable multi-effects units at the time. Most of the big names hadn’t yet understood the value of appealing to the owners of what would be called “project” studios. And those two Quadraverbs were all we had. One for reverb and one designated for delay, if memory serves. We didn’t have the luxury of calling multiple instances if we needed more.

Today, desktop musos can buy a condenser mic, a tablet, and all the software you need to finish a song for less than a day in the most modest project studio cost back then. .

Yes, we know we claimed limitations were a boon to oldies in our list of 10 things we miss about making music in the pre-DAW era, but it doesn’t take much of the imagination to see the other side of this argument.

It’s a cliché, but nonetheless true: today’s desktop producers are limited only by their imagination. A large number of plugins are available for little to no cost, and you can rack up as many instances as you want. You’ll probably run out of ideas before you run out of tracks in your DAW.

So yes, even if we miss certain aspects of the old days, we are rather happy to be here and now.

2022-03-17
Previous Post: 10 Perfect Music Albums That Defined The 2010s
Next Post: Reebok launches Life is Not a Spectator Sport campaign